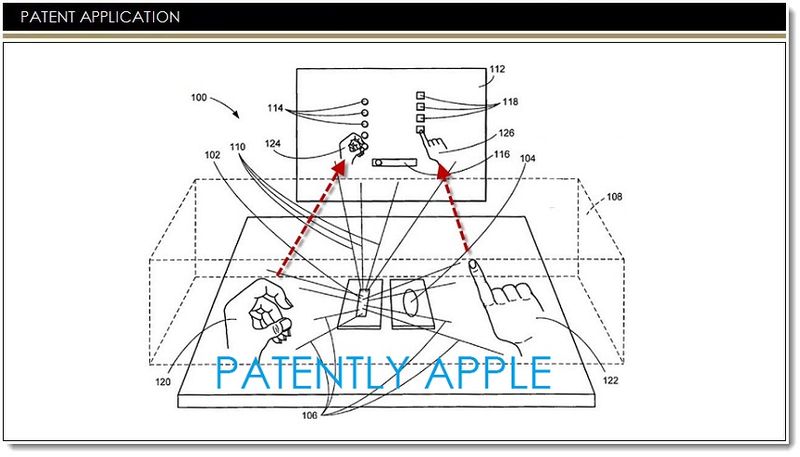 On October 30, 2014, the US Patent & Trademark Office published a continuation patent application from Apple that reveals their ongoing work on an advanced 3D imaging and display system. The timing of this updated application that includes 3D scanning is very interesting in light of HP's new advanced desktop computer system called Sprout that launched yesterday that integrates a unique 3D scanning capability.

Apple was granted a patent for the foundation of a 3D imaging and display system back in 2011. Patently Apple originally covered this granted patent in a report titled "Whoa - Apple Wins a 3D Display & Imaging System Patent Stunner."

Apple's patent covered an overview of a possible future 3D imaging and display system and discussed matters such as the use of invisible light beams an advanced mirroring system, head tracking, hand gesturing, presence detection and more. The applications could relate to Apple TV, a presentation system, gaming, surveillance and more.

Apple' patent application published today is all about updating the patent claims for this invention as the project progresses. In particular, Apple has added a bar code reader to the claims as well as the invention being able to be used with a personal data assistant (PDA), which translates to being an iPod or iPhone as a remote. Apple's invention predates the iPhone and so this had to be corrected so that the imaging display system could be controlled with an iPhone. 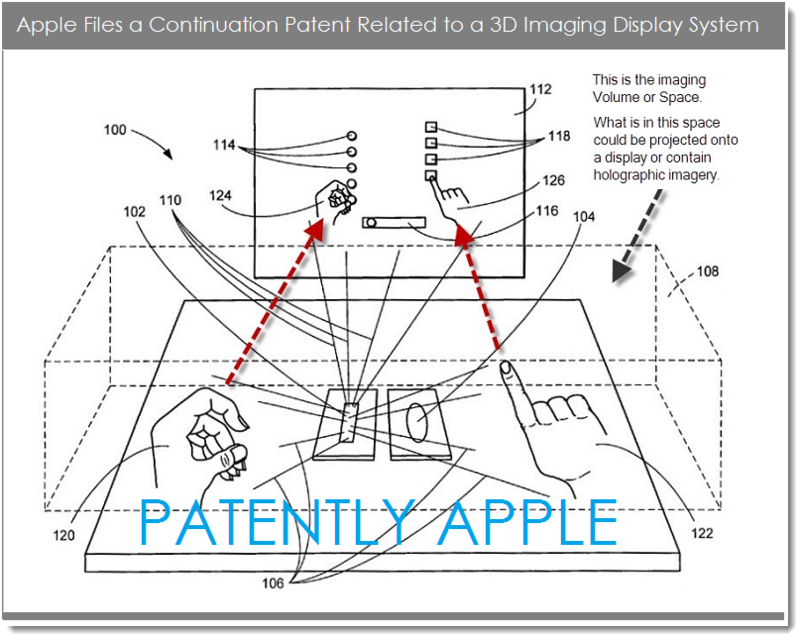 Apple's patent FIG. 1 noted above illustrates a view of an embodiment of a three-dimensional imaging and display system.

Apple credits Christopher Krah as the sole inventor of patent application 20140320414. This continuation patent was published today by the U.S. Patent and Trademark Office. It was originally filed in 2005. Considering that this is a patent application, the timing of such a product to market is unknown at this time.