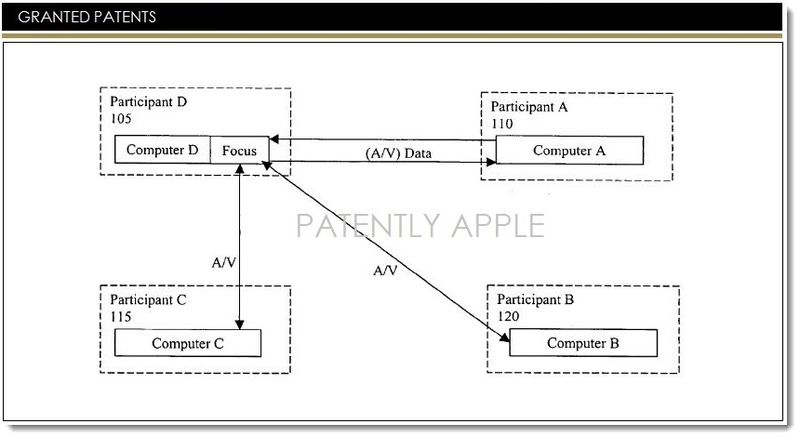 The US Patent and Trademark Office officially published a series of 40 newly granted patents for Apple Inc. today. In this particular report we cover three specific patents relating to iDevice moisture controls, video game or future Apple TV remotes and enterprise level video conferencing for smaller conferences. We wrap up this week's granted patent report with our traditional listing of the remaining granted patents that were issued to Apple today.

Apple has been granted a patent today for their invention relating to electronic devices with moisture control and moisture indication features. Apple's patent could relate to a wrist-watch (Apple Watch), an iPad, iPhone, pendant, wearable device, iPod and MacBook. 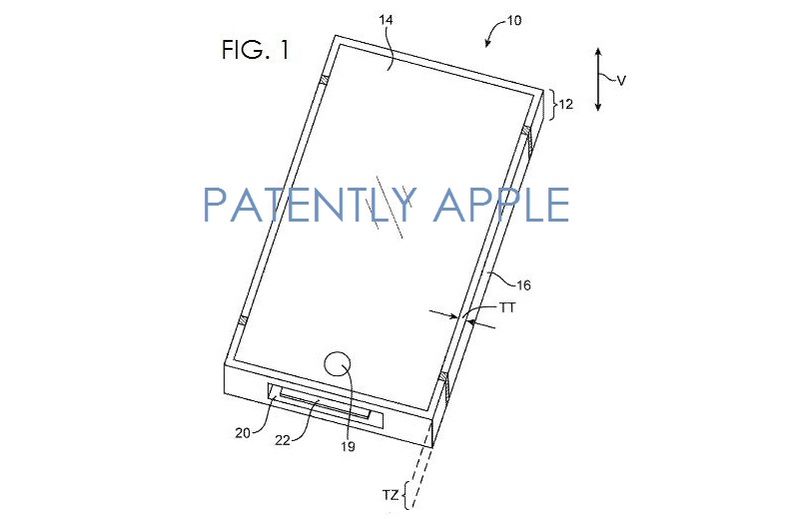 Apple credits Jason Sloey and John Ardisana as the inventors of granted patent 8,857,367 which was originally filed in Q3 2011 and published today by the US Patent and Trademark Office. To review today's granted patent claims and details, see Apple's patent.

Apple has been granted a patent today for their invention relating to mechanical button assemblies and, more particularly, to a shim sleeve for pivot button assemblies. Both designs noted below can be used for a future version of Apple TV and/or could be used as a gaming controller. 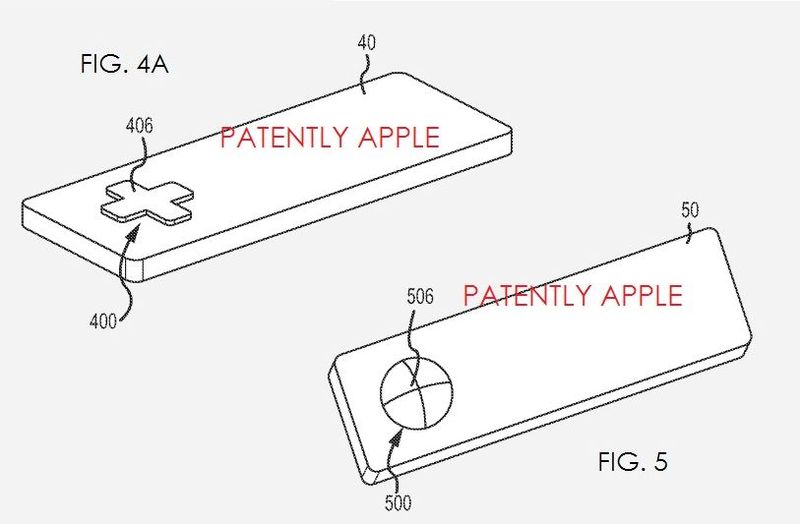 Apple's patent FIG. 4A noted above illustrates a device with an embodiment of a pivoting button assembly. FIG. 4A is configured to move in four directions (up, down, left, and right, for example) via four buttons coupled to a four-way pivoting body, and may be a four-way navigation device to navigate, for example, through menus or through a video game. The device may be a remote control, a game controller, a personal electronic device, or any other device.

Apple's patent 5 noted above is similar to figure 4 except that the pivoting button assembly #500 may be a continuous navigation pad (e.g., not limited to only four directions) that includes a multi-axis pivoting body and a shim sleeve with multi-sensing capabilities.

Patently Apple first covered Apple's invention as a patent application report back in 2013 under the title "Apple Reveals Pivoting Buttons for iDevices & Game Controller. See our report for more graphics and details.

Apple credits Tyson Manullang and Teodor Dabov as the inventors of granted patent 8,859,920 which was originally filed in Q4 2011 and published today by the US Patent and Trademark Office. 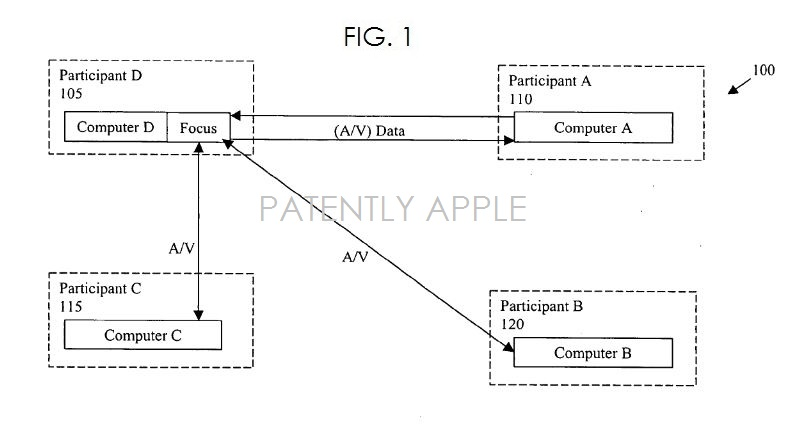 Apple's granted patent could suggest that Apple is contemplating a FaceTime Pro version of their application for the enterprise that might one day compete with the likes of Cisco's WebEx. Apple's push for iWork on iCloud would definitely make future video conferencing at the enterprise level in the future much easier for sharing documents in real-time. Patently Apple first covered this invention in a patent application back in February 2014.

Apple credits Joe Abuan, Hyeonkuk Jeong and Berkat Tung as the inventors of granted patent 8,861,701. Although we covered the patent application in 2014, the fact is that its origins go back as far as 2005. 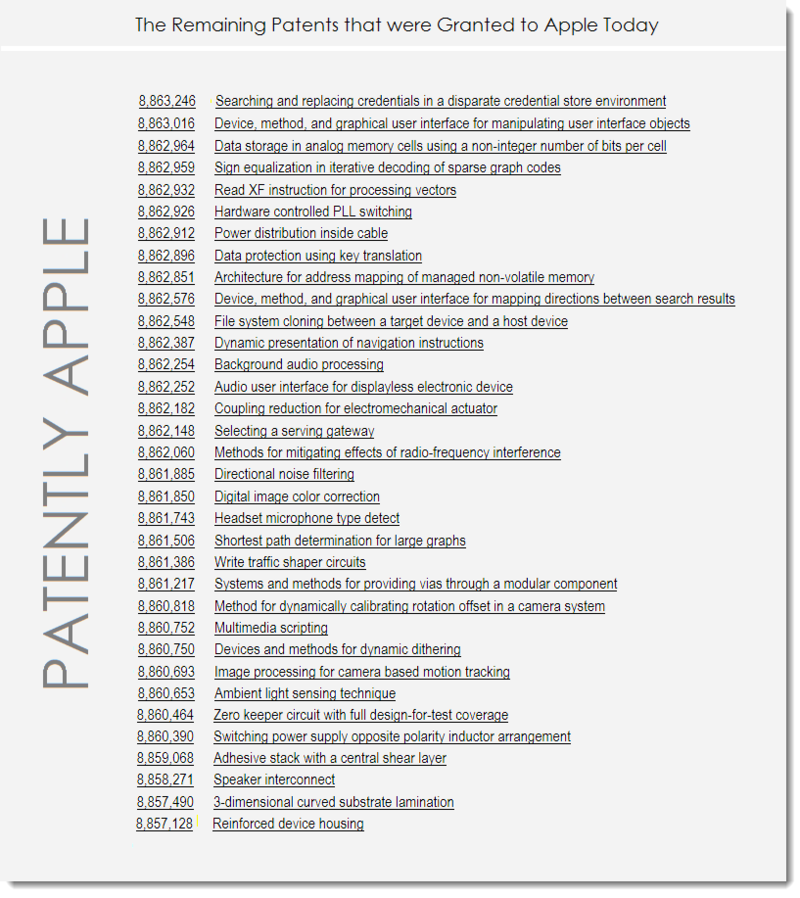