According to the Canadian Intellectual Property Office, Apple now owns the Thunderbolt Trademark in Canada

Patently Apple has just discovered that the Canadian Intellectual Property Office has given Apple the final approval on the "Thunderbolt" trademark. While it published online today, the approval or "allowance" was officially granted last Friday.

We had reported on this developing story back in July. At that time, the trademark examiner had approved the Thunderbolt trademark on June 12. The trademark then had to be made public in the trademarks Journal as a legal advertisement. That occurred on June 27.

In this case, there was no opposition to the trademark and therefore legally "approved" or "allowed." Technically it means that Thunderbolt is an official Apple trademark. All Apple has to do now is pay a registration fee and they'll be granted the certificate so that they could use the "RTM" symbol on future Apple packaging and literature – though restricted to use in Canada. 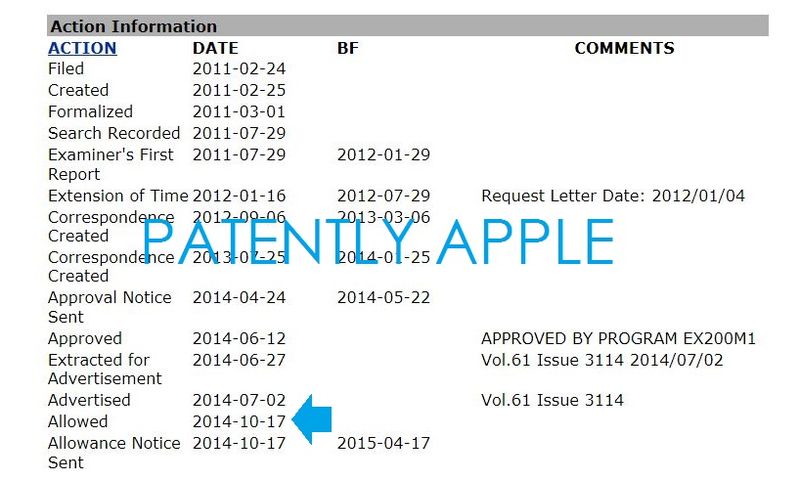 I guess this is the tricky part. Will "Apple Legal" now transfer the trademark to Intel as many have suggested in the past – or will they simply outright own the Thunderbolt trademark in Canada and use it for legal wrangling with Intel later?

For now, it is official, the Thunderbolt trademark has been allowed for Apple to use. The Registered Trademark Certificate is only a formality. It could come to light, as the "action information" noted above points out, sometime between now and April 17, 2015. Though it's really just a matter of paying the registration fee and I guess Apple could afford that being that they just posted record breaking profits this week.