Will iPads be integrated into more Vehicles in the Coming Years? 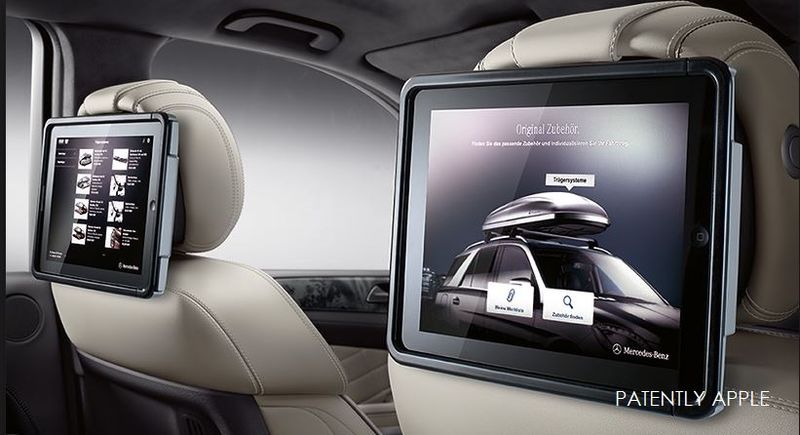 A new study published by ABI Research today notes that OEMs offering tablet mounts include Mercedes with its iPad Rear Seat Integration Plus, as well as Jaguar and BMW with the introduction of an iPad holder for rear-seat passengers. This is going to be a new in-vehicle tablet trend for the coming year and beyond.

ABI's new study sees the majority of consumers eventually abandoning expensive embedded in-vehicle solutions with DVD and Blu-ray players for their entertainment needs. The next wave will be consumers bringing their own tablets, smartphones, gaming devices and other devices into their vehicles. This will require vehicle OEMs to adopt supporting structures to accommodate mobile devices.

Apple's rear seat patent pending solution surfaced in Q1 of this year of this year showcasing a new magnets system. 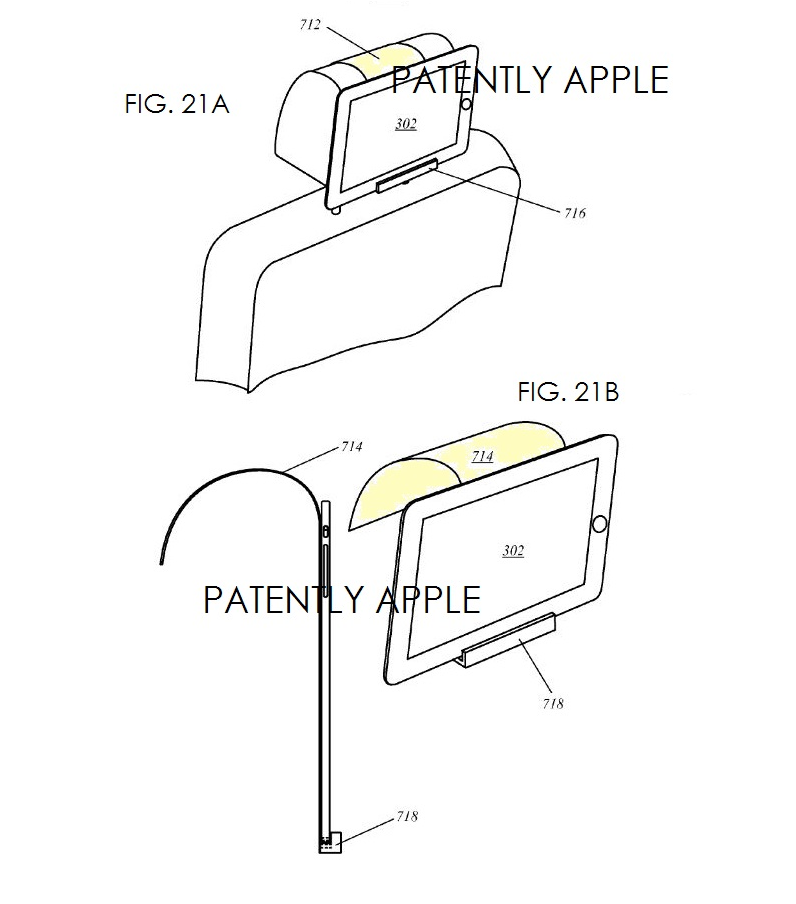 This development is very much like the BYOD to work phenomena except this time for the car. And while Apple may have the lead with CarPlay at the mometn, Android is gaining ground as well. At CES 2014, Audi demoed an Audi-branded Android device which was designed to be more robust for in-car conditions and will be integrated somewhat into an Audi car. The tablet can use the car's 4G/LTE-powered hotspot to access the Internet via Wi-Fi and passengers can download and use any of the apps available in the Google Play store.

Filomena Berardi, senior analyst shared her thoughts on the situation; "BYODs open up the market to new user-groups and segments, when previously rear-seat entertainment was targeted at small children. However, holding a device in ones hands could prove fatal in a car crash and therefore OEMs need to develop solutions that are both crash resistant and user-friendly."

Apple's second patent on in-vehicle solutions using iPads showcases concepts for the dashboard and roof area that could fold up when not needed. 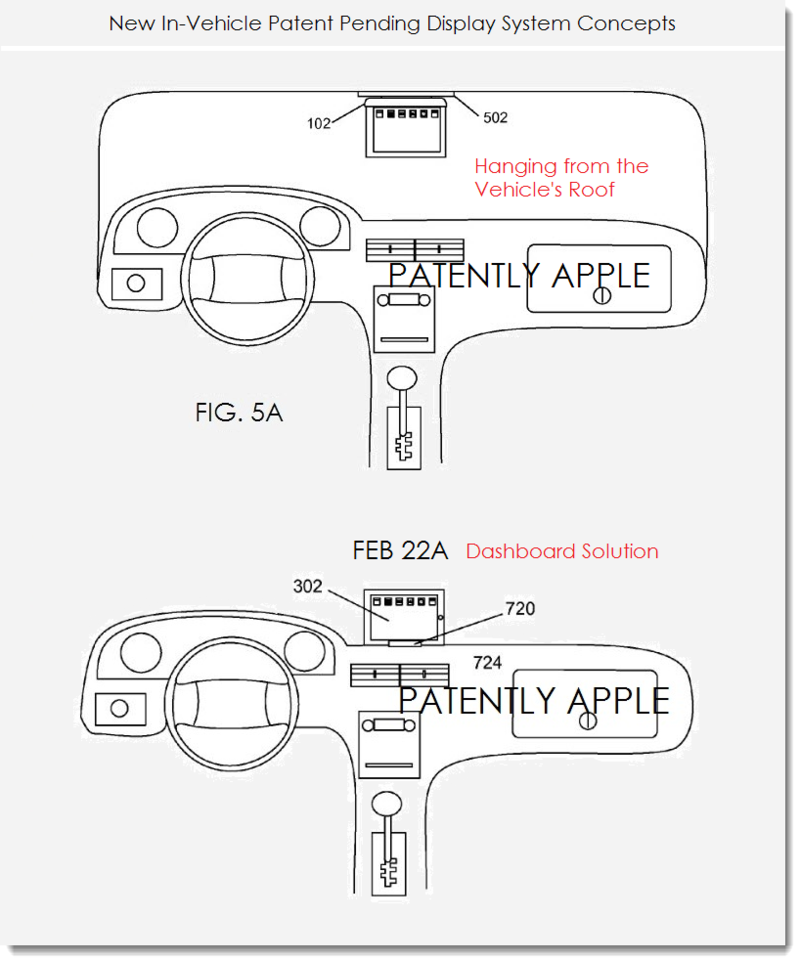 Apple's CarPlay made a big splash in Geneva in early March at the International Car Show, taking many by surprise. Yet we're only at the beginning of this expanding market. Later in March we published a detailed report titled "Apple's CarPlay is set to lead the OS Platform War for the Car" where we showed how Apple is working on ways to expand CarPlay to include parking location systems and inter-mesh communication systems in the future.

Today's ABI report gives Apple's patents some context and explains why Apple has been working on so many new patent pending ideas to advance their footprint within the in-vehicle market. Today only the high end of the market is moving on this front but over the next few years this trend is likely to move down into mid-range vehicles where the mass market begins.

In July Apple's CEO Tim Cook was shown to be sharply focused on the iPad during their last financial conference call and hinted that there was significant innovation on the way for the iPad. Could this be one of the areas Apple is working on? Only time will tell.