Below is a round of Samsung patent figures that have now come to life in the new Galaxy Note Edge. 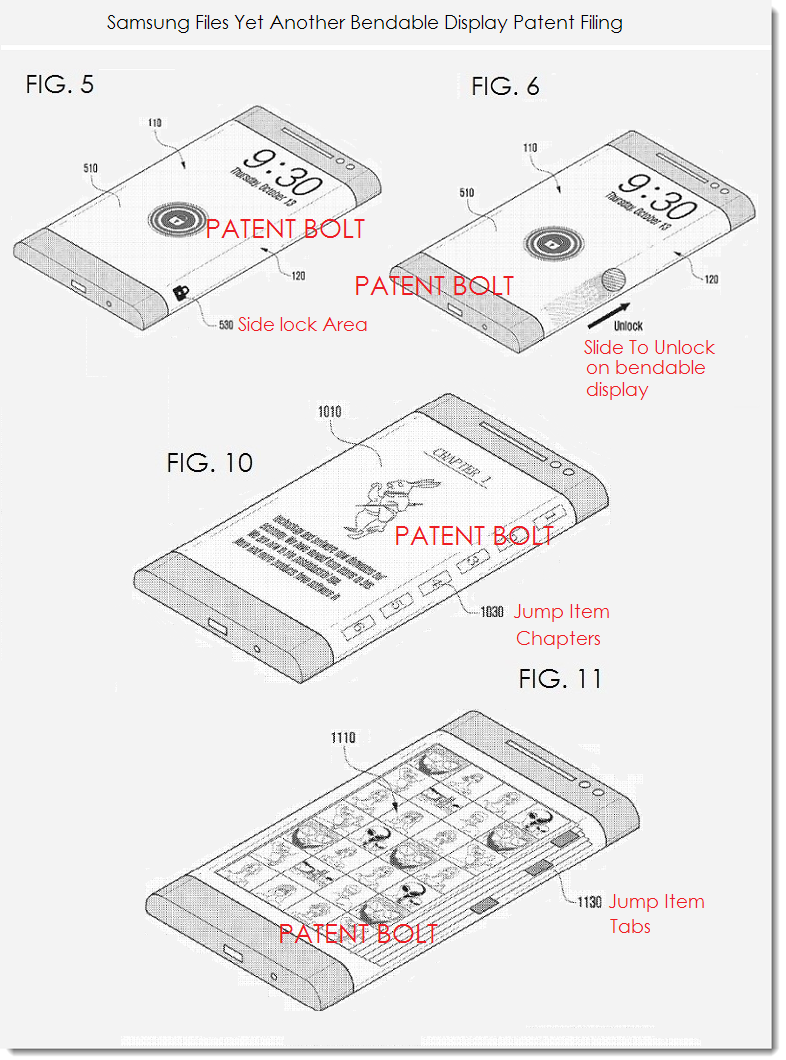 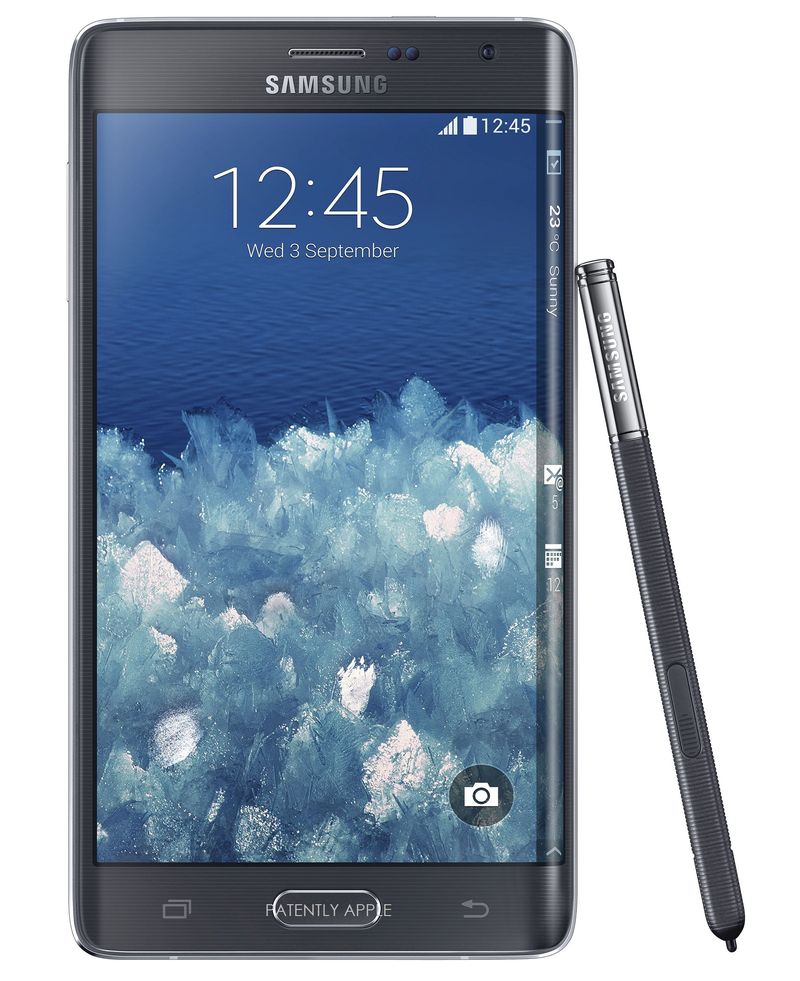 Samsung's concept device with a curved display was first introduced at CES 2013 as noted below.

The new design will allow the edge of the display to present users with additional information beyond the main display so as to notify users of new email messages and beyond. While it won't be enough to sway iPhone users to switch, it will provide Samsung fans with something refreshing to look forward to as they upgrade their smartphones.

Last week Patently Apple posted a granted patent report showing that Apple has similar technology regarding side-wall displays. Whether this feature will ever come to life in the future is unknown at this time.