According to DigiTimes, Apple will receive about five million AMOLED panels for the device a month throughout 2015, with the Apple Watch expected to be released within the first quarter. The sources said Apple aims to sell upwards of 50 million Apple Watches in 2015 which well above other smartwatch makers.

Apple will reportedly not purchase AMOLED panels from Samsung Display and instead will have LG as the sole panel provider for the Apple Watch, the sources indicated.

Market observers meanwhile noted that adopting AMOLED panel technology for use in wearables such as the Apple Watch makes sense due to the technology's flexibility and energy-saving advantages but does not necessarily indicate that Apple will consider it for other devices such as the iPhone and iPad in the future as some analysts have speculated.

In May we posted another patent report titled "Apple Invents New Methods for Improving AMOLED Displays." And while naysayers screamed that Apple had no interest in AMOLED due to comments made by Tim Cook in 2013, reality wins the day. 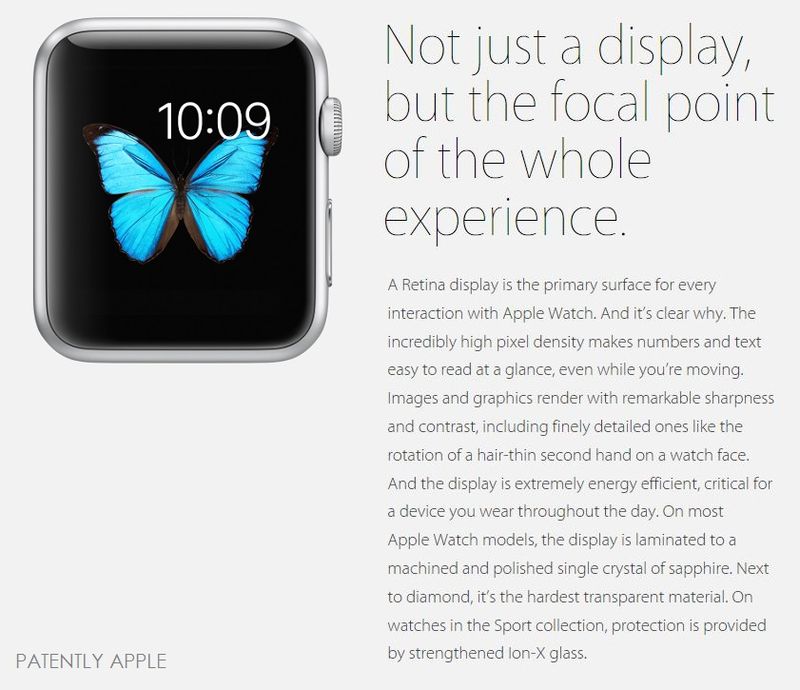 If in fact the Apple Watch will be using AMOLED, then Apple's "Retina Display" as noted on Apple's webpage above would mean that Retina is now applicable to both LCD and AMOLED displays.

Apple's webpage also notes that the Sapphire used in connection with the display cover was strengthened by ion-X glass. Patently Apple first reported on this new ion related process for sapphire glass in August. This is now another patent fulfilled. 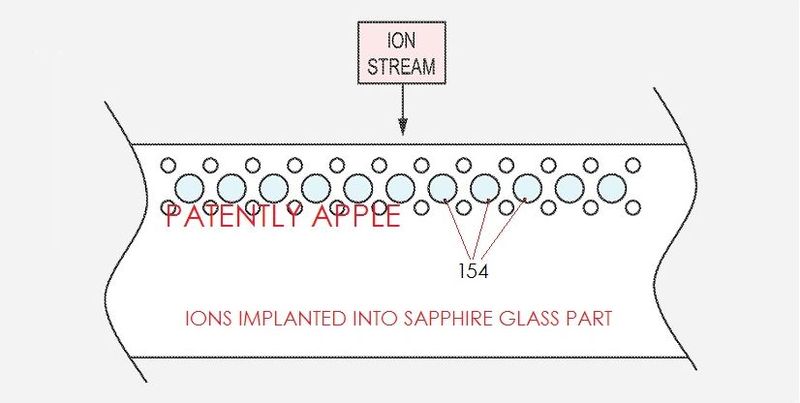