"Designed by Apple in California" is now a Registered Trademark

On September 17, 2014, the US Patent & Trademark Office published Apple's latest registered trademark for "Designed by Apple in California" under registration number 4,604,456 that was officially published yesterday. Apple originally filed for their US trademark on December 26, 2013 and in Europe days earlier. Apple's new trademark first appeared publicly in a promotional TV ad that was presented to their developers attending their 2013 WWDC event.

Apple's Registered Trademark Certificate for "Designed by Apple in California" 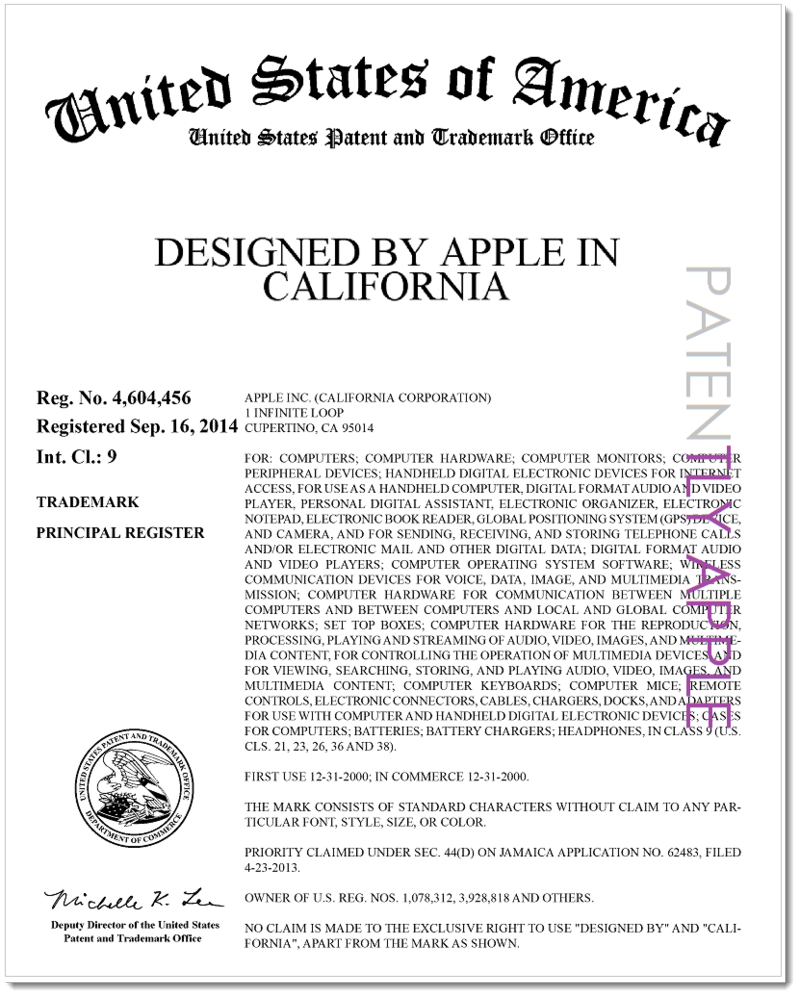 See our US trademark filing report for more on the specifics of this trademark.

Just in case you missed it, the bottom line of the certificate states: "No claim is made to the Exclusive Right to use 'Designed By' and 'California', apart from the mark as shown."

Thanks for adding that stipulation Apple. That will go a long way in stopping Android Fanatics from convulsing and going into a panic attack over the news of this new trademark. Although you're planning to convert them all over time, it was still a nice gesture (ha!).