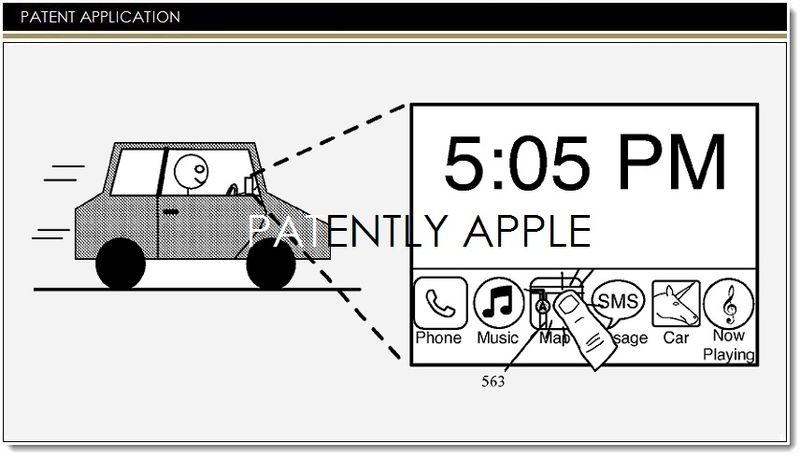 A new patent application from Apple was published today in Europe. Apple's 120-page document which includes 54 detailed graphics describes how Apple's Mapping App will be able to function in varying types of vehicle infotainment systems. The system will also be able to function plugging an iPhone or iPad into a vehicle's dashboard display and function with touchscreens and non-touchscreen systems. The Mapping App will be able to function differently if not adapt to whatever type of system it's connected to. The system will understand whether your iDevice is connected to A low or high-quality vehicle infotainment system display and whether the system uses dials or a keypad. We know that Apple is working with dozens of car manufactures to integrate CarPlay, yet Apple's invention gives us the impression that they're working on ways to make CarPlay that's running on your iDevice work with less sophisticated in-vehicle infotainment systems.

The integrated mapping and navigation application (simply referred to below as a mapping application) generates both user interfaces simultaneously for simultaneous output and display.

The mapping application of some embodiments, when connected to a vehicle, identifies the type of display screen built into the vehicle, and automatically outputs the correct user interface for the vehicle.

A user of the mapping application may interact with the application via the vehicle interface as well as the mobile device interface (a touchscreen interface in some embodiments).

The mapping application of some embodiments also offers a recent locations feature that provides a user with recent destinations, results of recent searches, etc. Some embodiments provide search results exclusively from recent searches entered or destinations navigated to through the vehicle interface. On the other hand, some embodiments additionally include search results from recent searches made through the device, even before the connection of the device to the vehicle interface. Thus, if a user searches for a particular destination on her mobile device while walking to her car, then enters the car and connects her device to the car interface, the particular destination will appear as a recent and easily selectable search, without requiring the user to re-enter the search. 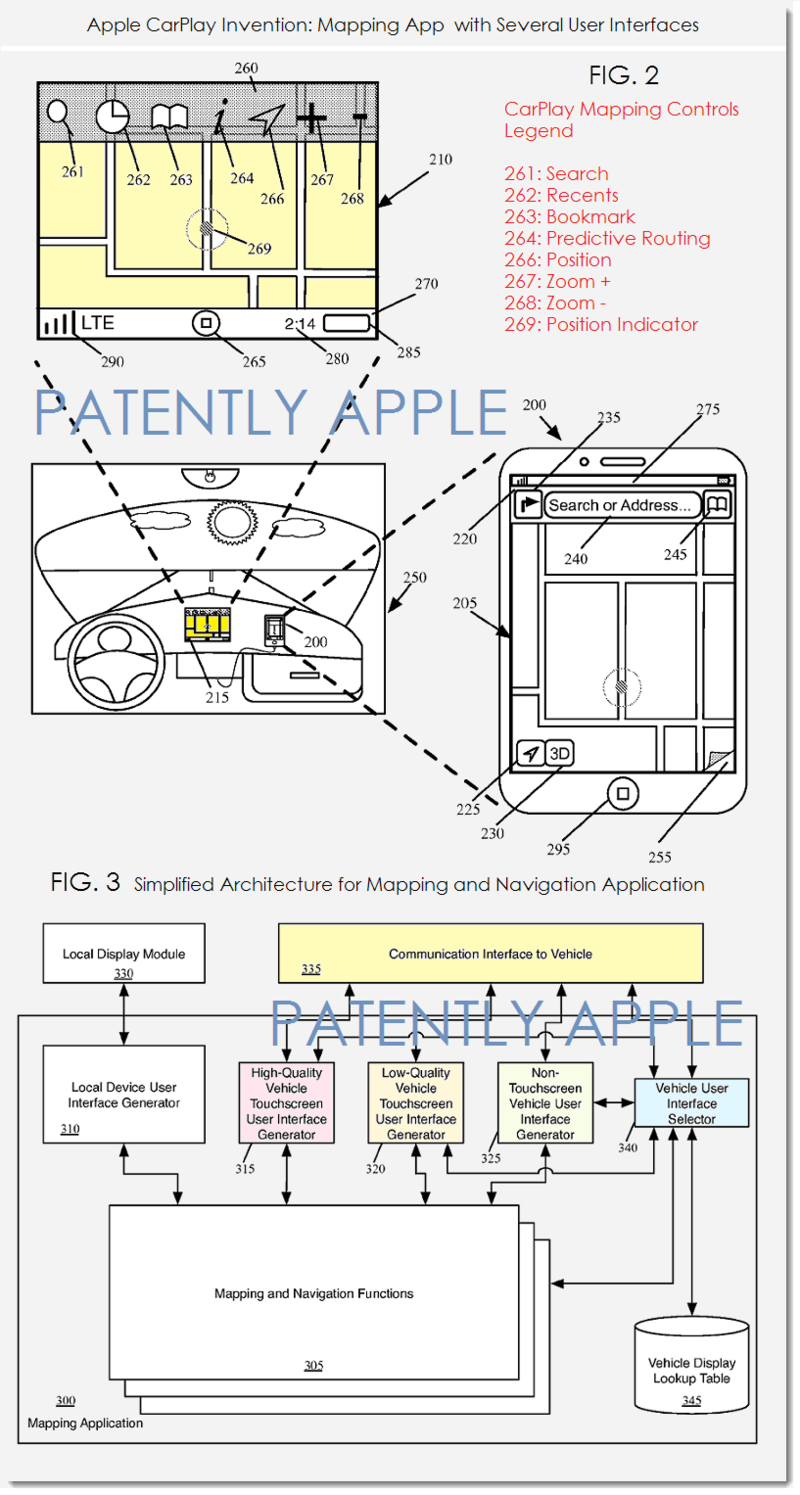 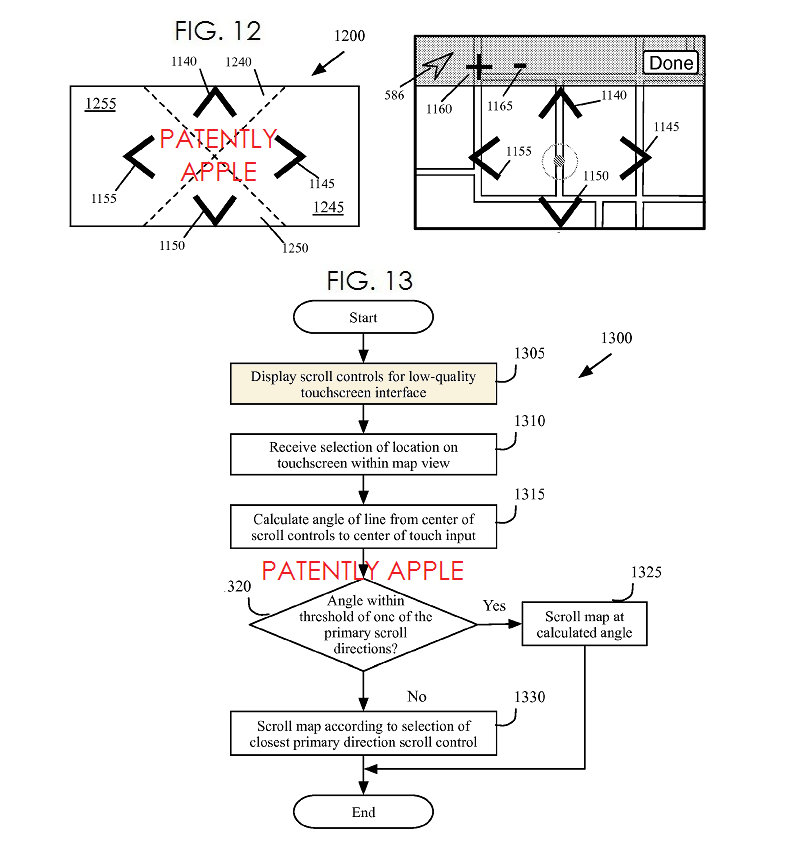 Apple's patent FIG. 13 conceptually illustrates a process performed by the mapping application of some embodiments in order to translate a selection input into a scroll of the map display for a low-quality touchscreen vehicle interface.

Apple's patent Figure 18 illustrates an example of map exploration in a non-touchscreen vehicle user interface of some embodiments. 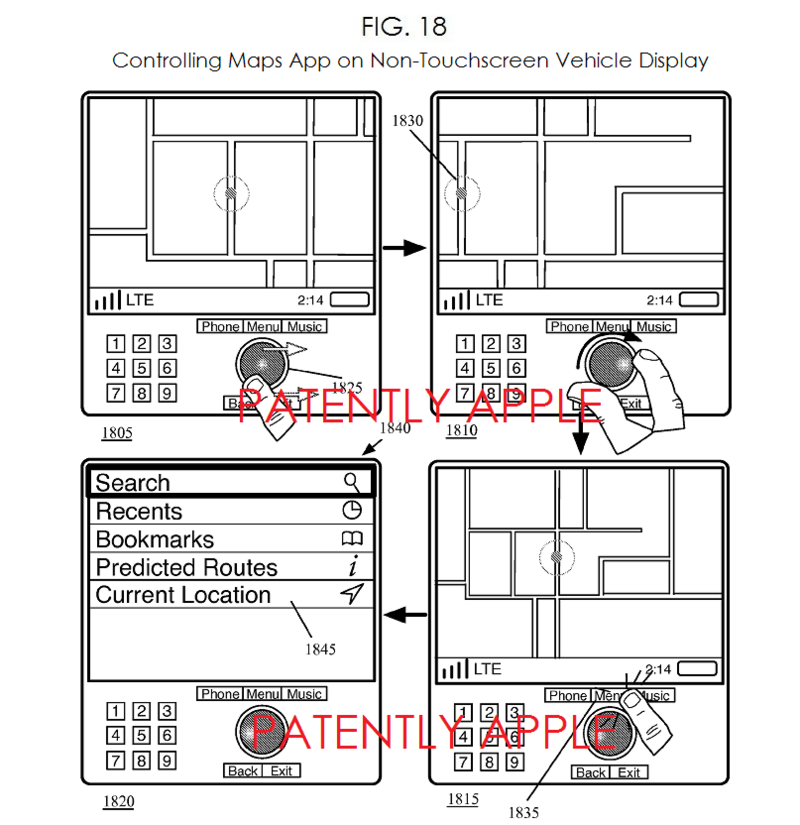 Apple's patent Figure 39 illustrates the vehicle display screen over four stages in which a user activates a messaging function and dictates a message to a recipient - via Siri. 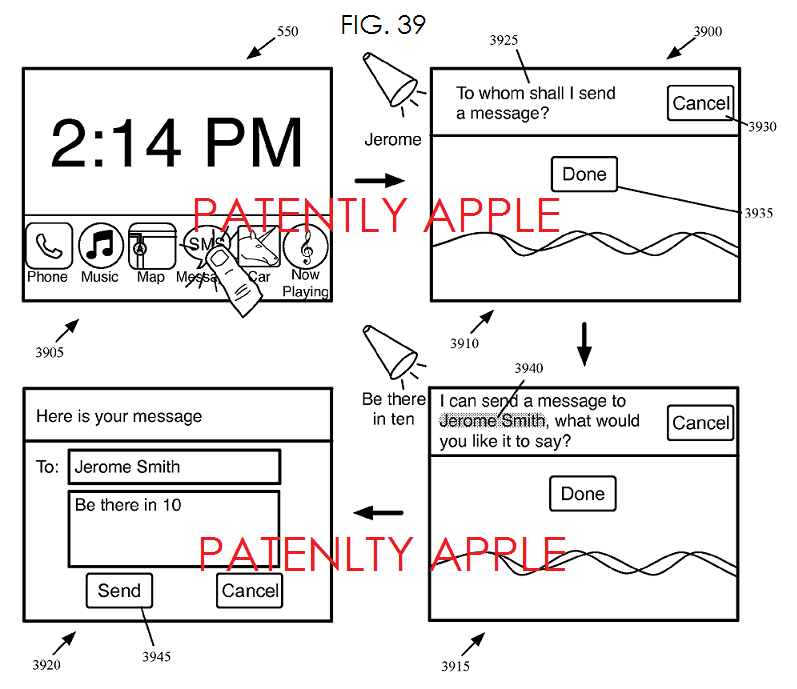 Apple's patent application was discovered today in a European Database. It was published today with the original filing in Europe noted as being made on March 12, 2014. Emanuele Vulcano is noted as the lead engineer for this application.