On Sunday we posted a report titled "One More Thing: The Full Charlie Rose Interview with Tim Cook," that covered part one of a two part interview. The topics covered in part one were many, from their womb-to-tomb business model to their reasoning behind partnering with IBM. Tonight the Charlie Rose Show released a small 3 minute segment where Cook talked about Privacy and Apple Pay. It's a segment where Cook got really fired up.

Of course we understand that Cook wanted to get fired up about their new "Apple Pay" services because their competitor PayPal just placed a full page ad in the New York Times whipping up the FUD factor against Apple.

It was only a matter of time before PayPal went on the offensive. We all knew that. With most Apple fans likely to move to Apple Pay over the next 2 to 3 years, PayPal is going to get frantic in trying to maintain millions of accounts that will simply choose Apple Pay over time.

For the record, we'll document this video in our "Apple Event" archives so that you can review it at any time in the future. 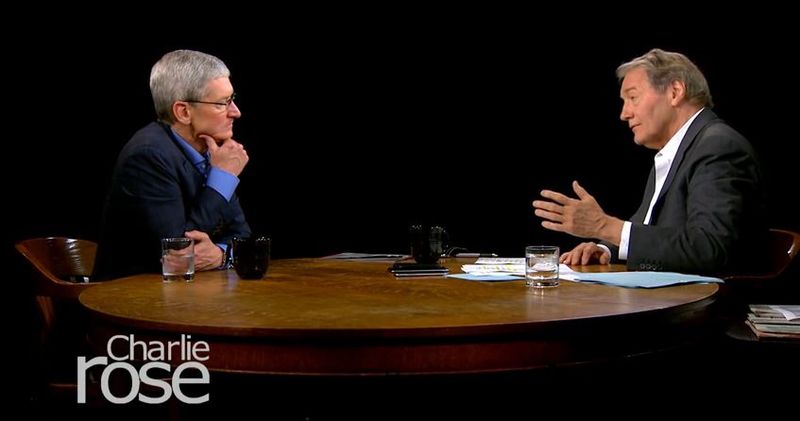