Apple's new Products Brings a new Round of Patents to Life 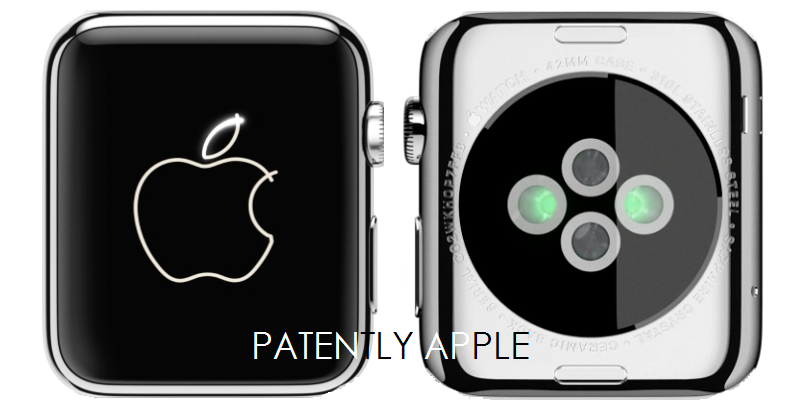 Since Apple's Special Event that launched the iPhone 6 and gave us a peek at the all-new Apple Watch, we've been rummaging through Apple's literature looking for possible patents that could have been fulfilled due to their new products. Of course with Apple's new mobile wallet service called "Apple Pay" rolling out – the Mother Lode was struck in terms of finding Intellectual Property being fulfilled and that which will be fulfilled in the months ahead the service expands. We covered that one segment of Apple's patents in a separate major report titled "Apple Pay: The Digital Wallet that will Rule the World." In today's report we point to a few other patents that have come to light, knowing that there could even be more as other products (old and new) roll out later this year.

Finding perfectly matched patent applications from Apple that have been fulfilled in new products is a tricky process at best. Sometimes, like in the case of the iWallet (now "Apple Pay"), it was rather straight forward. Yet that's not always the case with Apple's intellectual property.

Many times Apple will focus the patent reader's attention to a set of patent figures that relate to an iPhone in terms of patent figures when in reality they know that the related technology is really for another product all together such an Apple Watch, for example.

So trying to recognize a new Apple technology that we've covered in one light and then see Apple roll it out in a new context could mean that we're unable to connect the dots as we'd like to at times. Yet with that said, we were still able to find a few more of Apple's patents that came to light earlier this month that you might enjoy to see. If you happen to know of any other patents that we've blatantly missed in this report, then by all means be my guess and add them to our comments area below.

Right out of the gate there's Apple Watch that will be using the new Apple Pay Feature. That was covered in an August patent report titled "Apple Reveals Future iDevices like an iWatch with Wireless Charging Circuitry." That particular patent filing revealed how wireless payments could be made with a future watch and more interestingly is that Apple envisions wireless charging could be on the drawing board for Apple Watch down the road.

Apple introduces the use of Zirconia in Apple Watch

In Apple's Introductory Apple Watch video narrated by Jony Ive he notes the use of Zirconia in its composition. Jony Ive specifically stated that "The zirconia back has four sapphire lenses. Infrared Invisible light LEDs along with photo sensors detect your pulse rate." Patently Apple's first revelation about the possible use of Zirconia in a future product was noted in a March 2013 patent report about water resistant housings. This is important to a watch and so this a direct hit for a patent fulfilled.

In that particular patent report we noted Apple stating that "In order to optimize the properties of housing, it may be advantageous to provide layers of different ceramic materials. For example, although alumina has good RF transmission properties, the strength of, for example, zirconia can be better suited for applications such as portable media players where the housing would be exposed to substantial mechanical, chemical, and other environmental impacts. In this case, the outer layers of the housing can be formed of, for example, zirconia, having a residual compressive stress profile that sandwiches an internal layer of alumina providing a good RF transmission capability. "

It was noted back in June by The New York Times that Apple's Jony Ive had stated that "there are materials we haven't worked in before. I've been working on this stuff for a few years now. Tim is fundamentally involved in pushing into these new areas and into these materials." Yes, and being that Apple Watch had been a three year project, this is likely one of a few new metals that Ive was referring to.

While Apple's engineers have been diligently working on inductive charging for a possible future iPad smart cover and/or charging pad for years now, in the end, Apple's first product that will actually be rolling his out will be the Apple Watch in 2015.

On this point Jony Ive noted that "The back crystal also houses a unique charging solution that combines our MagSafe technology with inductive charging. Completely sealed, requires no alignment or exposed contacts.

The Taptic Engine with Linear Actuator 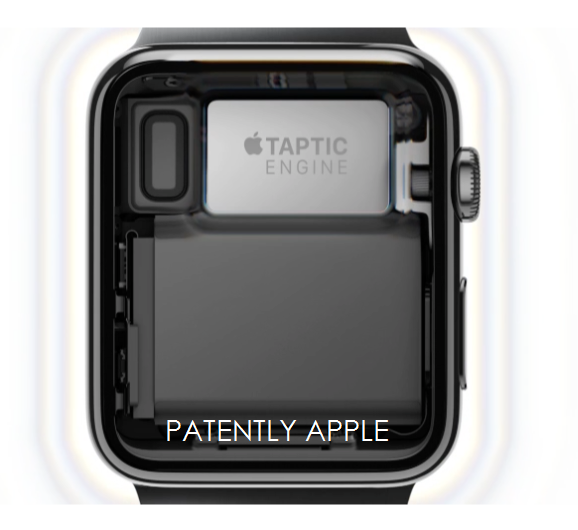 In general, Apple noted this type of actuator function in a patent application surfacing in September about protecting an iPhone from a damaging impact incident. Apple stated that "Based on the impact geometry, as determined by the processor, the actuator is operable to provide a particular momentum coupling or modification to the iPhone's housing, for example by linear actuation of a mass m, in order to change the rotational velocity and angular momentum of the iPhone's housing prior to impact."

Later during Jony Ive's introductory narrative of the Apple Watch video he distinctively noted that "We've had to invent other input technologies specifically for a product this size. The display senses touch but also senses 'Force.' Ive further noted that "Tiny electrodes around the display recognize the difference between a tap and a press." Ive added that this is part of Apple Watch's "contextually specific controls." The video showed a tap related to stopping and playing tunes while using harder force to open an app. 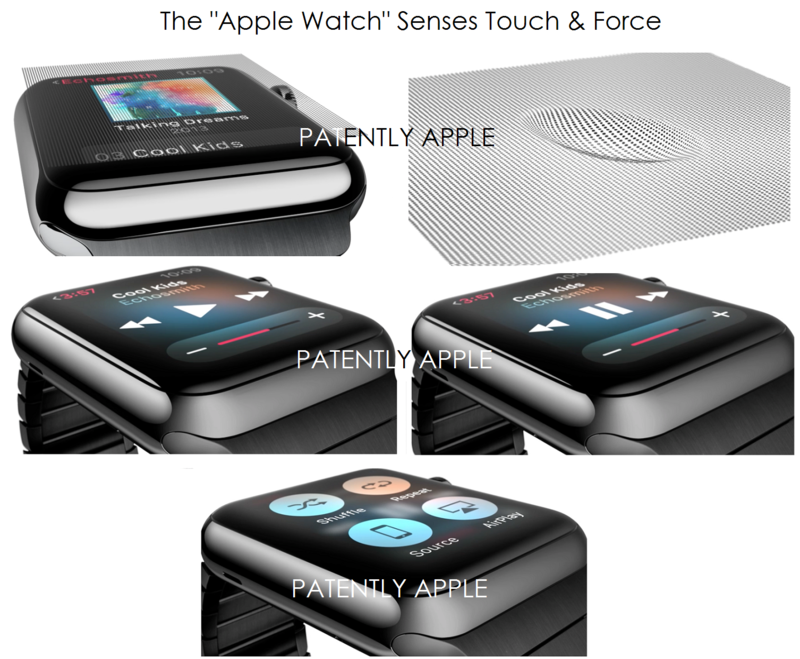 Apple's first patent that specifically discussed force in context with a "flexible display" was revealed in our report titled "Apple reveals new Flex Screen Feature with Force Detection" back in May 2013. Then in April of this year Apple introduced us to aspects of an associated technology that they referred to as "frustrated total internal reflection" (FTIR) and capacitive location. Other Apple patents on force relate to the use of a stylus on a future iDevice display, a future version of the Magic Mouse, the iPad and beyond.

On Sapphire and Flexible Displays

In March of this year we posted a report titled "Apple CEO: Our Sapphire Plant is for a "Secret Project." We were the only ones who kept pounding the table that Cook had noted that their Sapphire plant was being used for a special project, not cover glass. Everyone else believed that it was for the iPhone 6's cover glass. While Apple may still use it for that purpose in the future, Cook was adamant it wasn't the current case.

Patently Apple first raised the question about whether Apple would consider the use of sapphire for iDevice cover glass well ahead of the crowd. Apple had first mentioned the possible use of a sapphire laminate a year ago this month. Patently Apple has a Sapphire related Archive which covers many aspects of future Sapphire applications, and more importantly, one on the use of an Ion steam process to strengthened sapphire came to life this month when Apple revealed Apple Watch via Ion-X glass. In fact a second patent application on strengthening was just published on Sunday September 21.

And lastly, the Apple Watch uses a flexible OLED display. Apple was just granted a patent for flexible displays that we pointed out could be applied a future watch.

In the end, Apple introduced products that fulfilled patents relating to flexible displays, a new sapphire glass strengthening process, a new display technology that could distinguish between a tap and a harder touch, inductive charging, Apple pay in-depth and more.

Will there be more Innovation on Cue for this Year?

Eddy Cue stated back in May that "Later this year, we've got the best product pipeline that I've seen at Apple in my 25 years at Apple." Although Apple has already revealed a lot of new technology, one could only hope that there's even more on the way in the coming weeks ahead regarding Apple TV, new iPads (with advanced iPad covers) and Macs.

If Cue's forecast is to really ring true, then there should be more twists ahead. Could there be another breakthrough in the wings? Only time will tell.