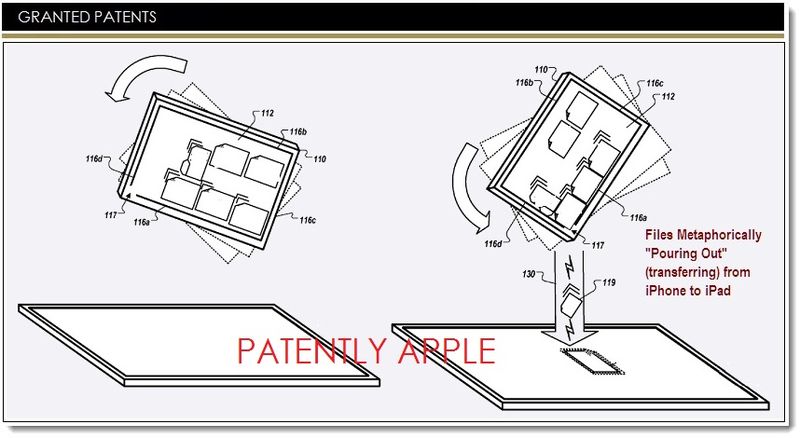 In February 2011 HP first introduced an innovative feature for their new TouchPad tablets running WebOS called "Touch to Share." HP Fans and industry pundits alike applauded them for their innovation. In that same month we posted a granted patent report that described something similar that Apple had been working on. Of course in typical Apple fashion, the concepts envisioned appeared to be far more creative as they implement gesturing with Physics Metaphors. In one example, as noted in our cover graphic, they introduced a metaphor mirroring the ability to "pour out" files from one device to another like pouring water. Today Apple was granted a third patent covering this possible future gesture for transferring files between two iOS devices and more.

Apple has been granted a patent today for their invention relating to user interactions with graphical objects displayed on a user interface of a device. 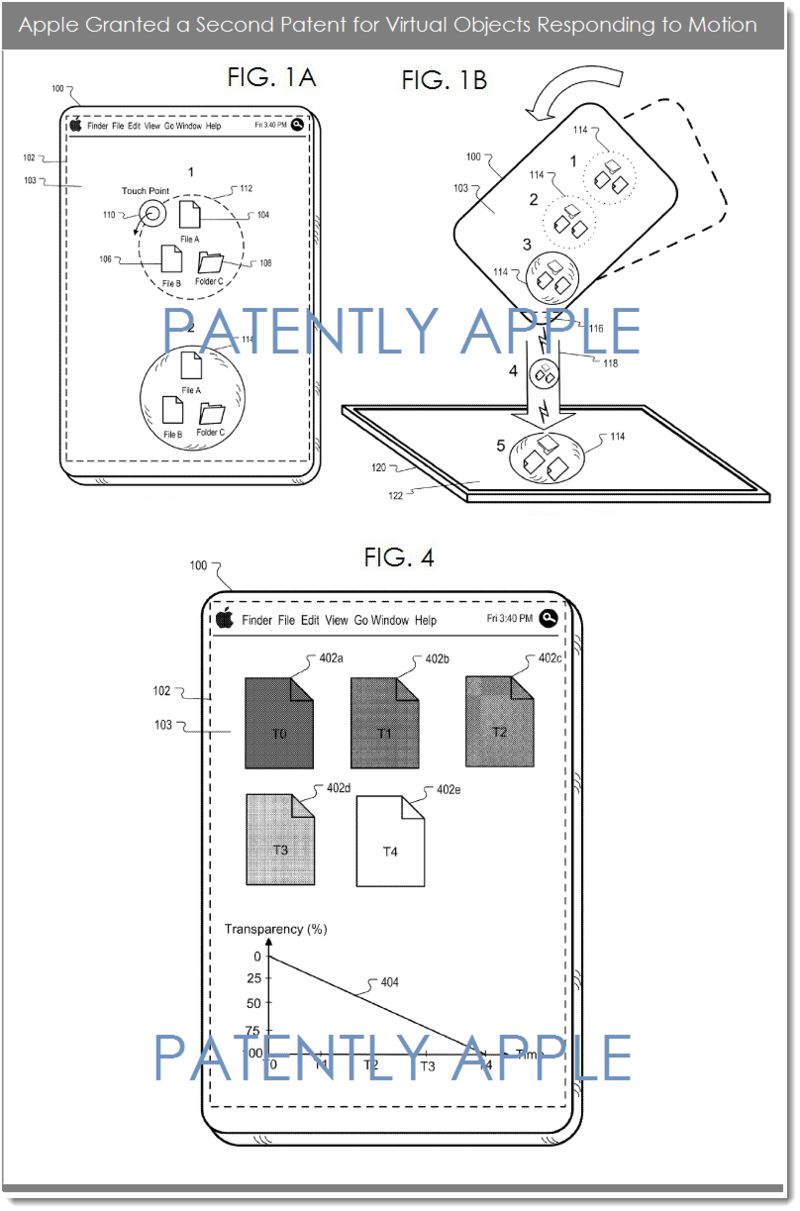 While some of these new gesturing metaphors may one day come to iOS, Apple's new AirDrop is likely to play the larger role in transferring files from one iOS device to another. Craig Federighi, Apple's senior vice president of Software Engineering, first introduced AirDrop in an entertaining way back at WWDC 2013.

Apple credits Nicholas King, Brett Bilbrey and Todd Benjamin as the inventors of granted patent 8,839,150 which was originally filed in Q1 2010and published today by the US Patent and Trademark Office.