Apple is granted a Patent for a Possible Future Glass iPhone 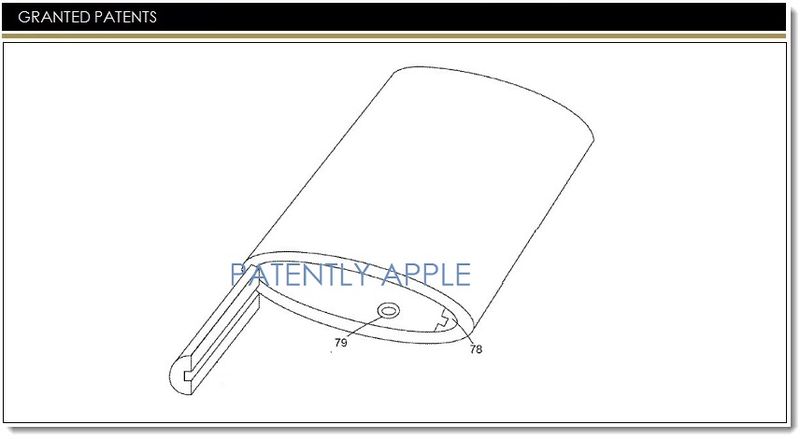 The US Patent and Trademark Office officially published a series of 44 newly granted patents for Apple Inc. today. In this particular report we cover Apple's granted patent relating to glass enclosures and more importantly for a glass enclosure that relates to a possible future iPhone design. 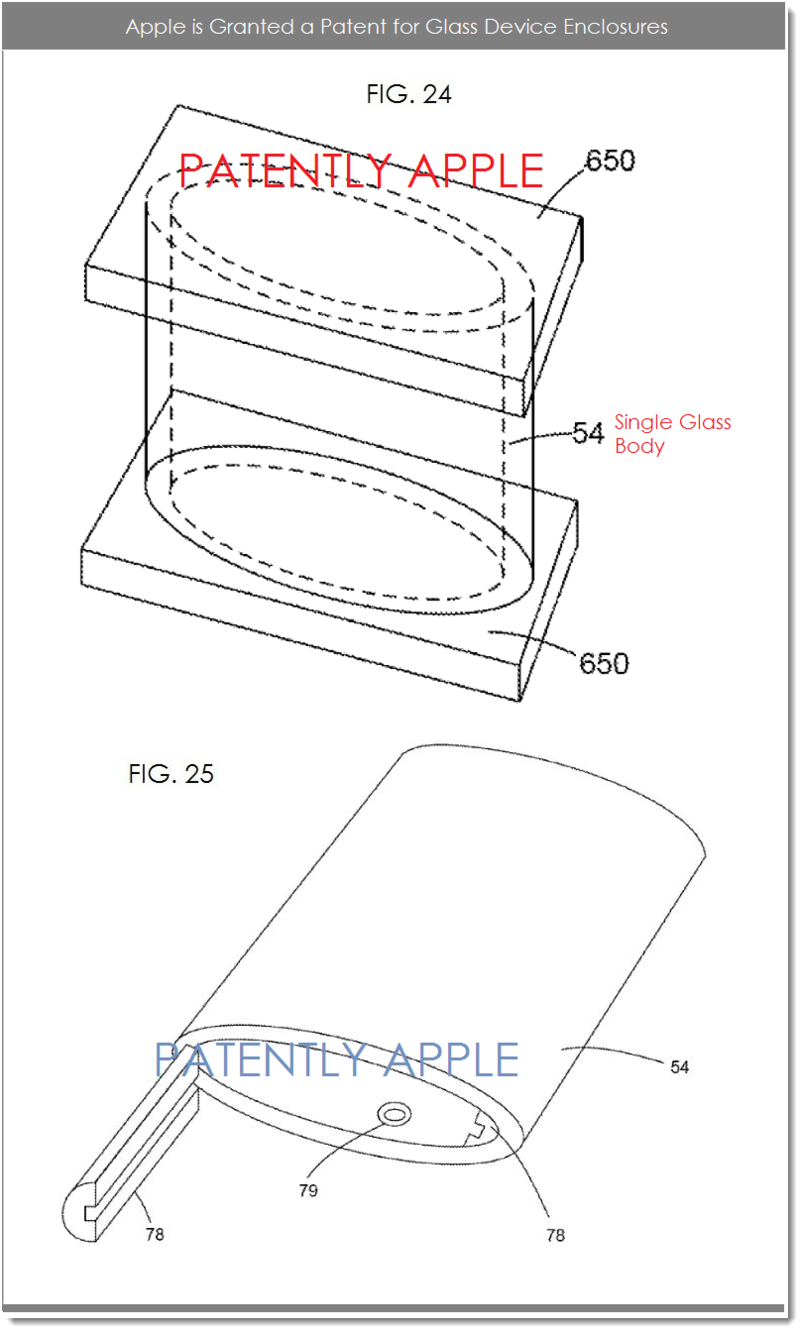 Apple notes that their patent FIG. 24 is a perspective view illustrating a method of sealing of the interior of a glass enclosure to achieve a thicker surface layer in compression in a chemical strengthening process.

While Apple's patent is generally about iPod embodiments, late in the patent we see this oblong shape that's close to the iPod nano's fourth and fifth generation designs. However, Apple notes that these designs have a polished anodized aluminum finish, not glass.

More interesting is that buried deep in this granted patent we see that the design was never limited to iPods as it covers cellular technology as noted here:

This patent shows us that Apple had been researching ways to make this iDevice embodiment with a glass enclosure for a new kind of iPhone going all the way back to 2011. What makes this interesting is that this initial research and patent filing was later enhanced and refocused as a possible future iPhone design as noted below. The evolutionary process once again progressed nine months later where Apple made the leap to using glass such as Sapphire for future iPhone designs and beyond.

Apple credits Christopher Prest and Emery Sanford as the inventors of granted patent 8,824,140 which was originally filed in Q3 2011 and published today by the US Patent and Trademark Office.