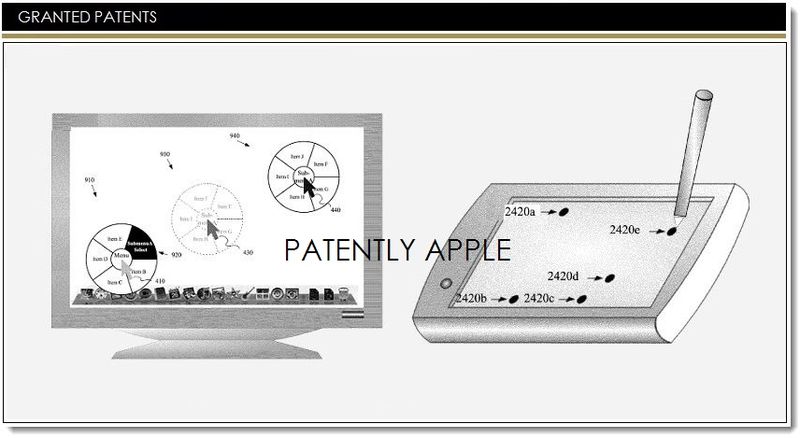 The US Patent and Trademark Office officially published a series of 44 newly granted patents for Apple Inc. today. In this particular report we cover Apple's second granted patent for radial menus for both Macs and iDevices.

Apple has been granted a patent today for their invention relating to providing radial menus in computer applications. Specifically, this invention is directed toward providing menus and submenus at optimal locations relative to a cursor. 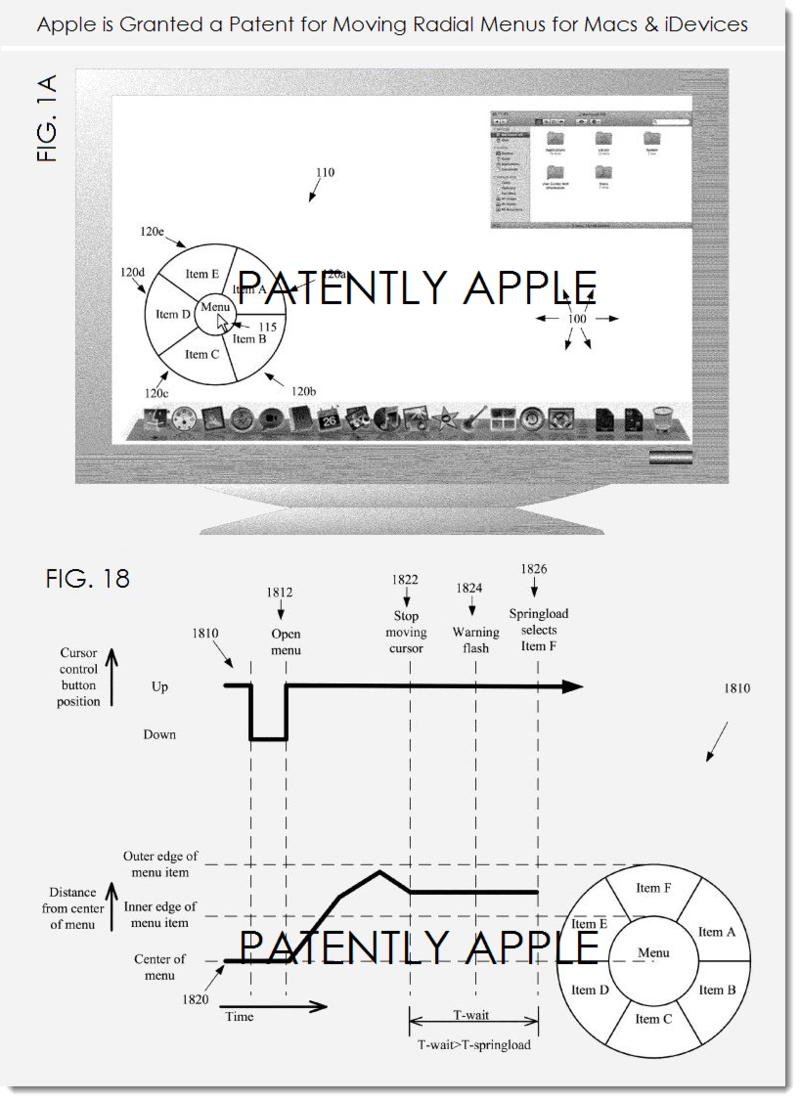 The first US granted patent was covered by Patently Apple in 2012. Today's granted patent covers the very same patent figures. Apple had first submitted these patents in Europe and Korea in the hopes of keeping the project secret.

The difference between the granted patent of 2012 and the one issued today lies within Apple's patent claims. The 2012 patent was about a "method of displaying radial menus." In this granted patent the focus is on two things.

The second is about "the movement of the location indicator is determined based upon an input from a touchscreen." This ensures that the patent covers the use of radial menus in future iDevices.

Although Apple had the invention on record first, it was Samsung that introduced the idea last September during the introduction of their new Note smartphone as noted below. Their new feature is called Air Command.

Apple credits Jean-Pierre Mouilleseaux and Charles Migos as the inventors of granted patent 8,826,181. The possible timing of such a feature to market is unknown at this time.