The US Patent and Trademark Office officially published a series of 44 newly granted patents for Apple Inc. today. In this particular report we cover Apple's granted patent for a possible future magnetics system going far beyond Apple's current use of magnets in their iPad Smart Cover. Apple's founding patent for expanding the use of magnetic systems covers a few new applications like dual iPad configurations, a tripod stand for an iPad and others. In the bigger picture Apple is considering the use of magnetic systems for a hybrid tablet-notebook and a full line of magnet based iPad accessories. 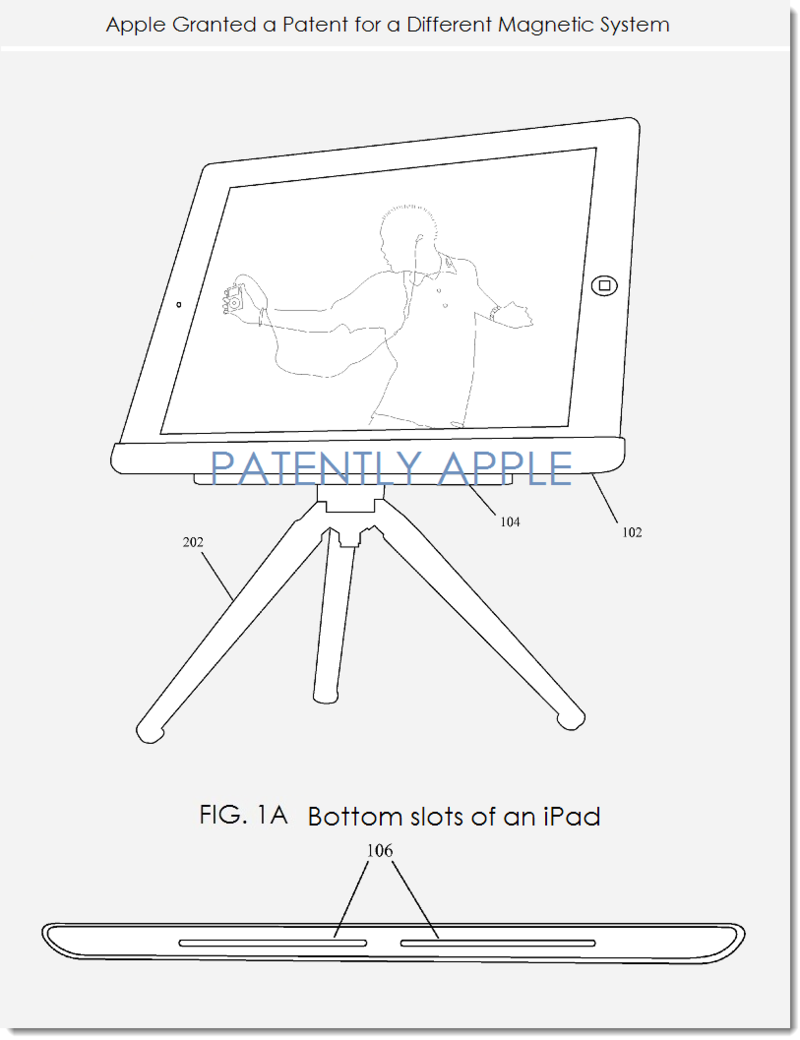 At the bottom or landscape portion of possible future iPad you could see two distinct slots noted above in patent FIG. 1A that would mate with either a stand as noted in patent FIG. 2 above or a possible keyboard as noted in another Apple patent application that we covered last year regarding a hybrid notebook using a magnetics system as illustrated below.

Apple's most comprehensive invention to date regarding next generation magnetic systems and attachable accessories was covered by us in February 2014 in a report titled "Apple Takes a Giant Leap Forward in iPad Attachment Designs." In that report you could see the stylus holder noted in this current granted patent along with designs for a carrying case handle, another in-vehicle application, new stands and much more.

Apple credits Matthew Rohrbach as the sole inventor of granted patent 8,824,166 which was originally filed in Q3 2011 and published today by the US Patent and Trademark Office.