Prior to Apple's great event that's scheduled for later this morning – The US Patent and Trademark Office officially published a series of 47 newly granted patents for Apple Inc. today. In this particular report we specifically highlight Apple's Security Enclave Processor that will be essential in a future iWallet application. Apple first introduced the secure enclave processor in context with their new Touch ID fingerprint security measure last year. In this latest granted patent, Apple notes that this new processor could be used in context with financial management – which of course relates to an iWallet application. With news surfacing that Apple signed deals with American Express, MasterCard and Visa in the past week, we may actually see Apple introduce an iWallet application today with the debut of the iPhone 6.

Apple was granted a Patent for a Security Enclave Processor

Apple has been granted a patent today titled "Security enclave processor for a system on a chip." Apple's invention relates to the field of systems on a chip (SOCs), and more particularly to security on SOCs and devices that employ them.

Because SOCs incorporate significant functionality in a small form factor, and because SOCs can be made power efficient, SOCs are a popular device to include in portable electronic devices such a portable phones (cell phones), smart phones, personal digital assistants (PDAs), tablet computers, etc.

These portable electronic devices no have significant processing power and are increasingly being used for financial management and transaction, user communications other than voice (text, email, web browsing, etc.), streaming video, etc.

Accordingly, SOCs may operate on private user data as well as data belonging to others (e.g. copyrighted audio, video, and still images). Accordingly, the security of the SOC and its ability to resist attacks meant to compromise secure data are becoming increasingly important features. 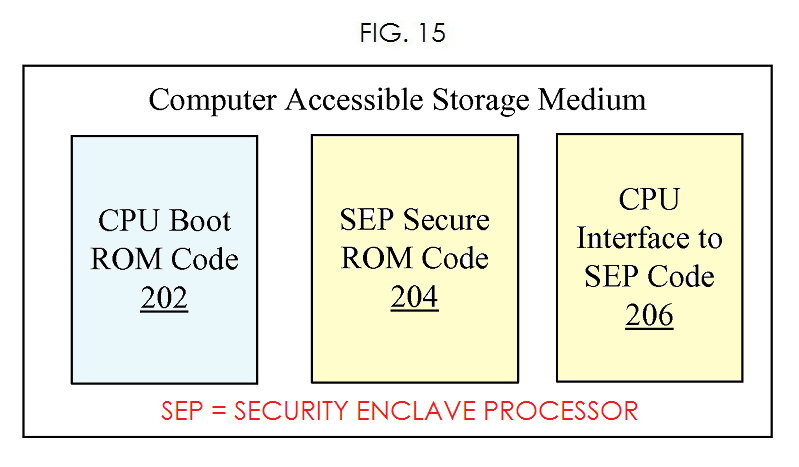 Apple credits Manu Gulati, Michael Smith and Shu-Yi Yu as the inventors of granted patent 8,832,465 which was originally filed in Q3 2012 and published today by the US Patent and Trademark Office.