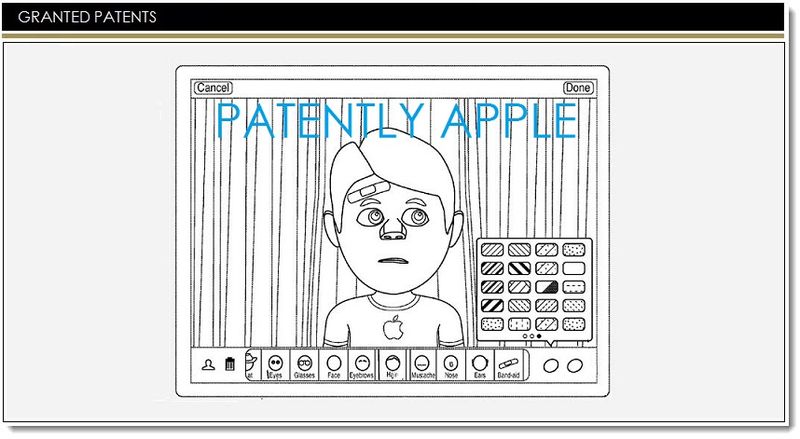 Prior to Apple's great event that's scheduled for later this morning – The US Patent and Trademark Office officially published a series of 47 newly granted patents for Apple Inc. today. In this particular report we cover patents relating to 3D modelling, liquid metal and a free form cutting machine that creates the unibody MacBook Pro and more. We also cover three design patents today with one of them being an enclosed Mac Pro Pedestal. We finally wrap up this week's granted patent report with our traditional listing of the remaining granted patents that were issued to Apple today.

Patently Apple first covered Apple's original patent application back in a March 2012 under a report titled "Apple Invents a 3D Creation App for Games & Futuristic Displays." You could read all about the patent there and see more graphics too. Earlier today we posted a report about a Head Mounted Display system and in this latest patent there's mention that the technology could be used in context with movable, heads-up & 3D Holographic Displays. 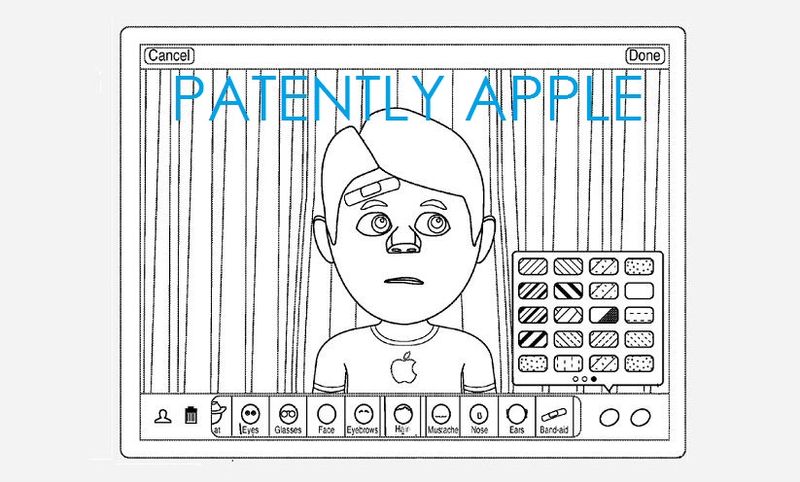 Apple notes in their granted patent that "Some electronic devices can display three-dimensional models that a user can control as part of an electronic device operation. For example, gaming consoles can display three-dimensional avatars that represent a user, and the user can direct the avatar to perform specific actions in a game. The three-dimensional models can be constructed from the combination of several assets such as a body, head, eyes, ears, nose, hair, glasses, hat, or other accessories. The assets can be placed adjacent to the external surface of the model. To enhance the user's experience, the user can personalize a displayed model by selecting and moving specific assets with respect to the remainder of the model." Apple's patent relates to both consumers and 3D artists.

Apple credits Thomas Goossens as the sole inventor of granted patent 8,830,226 which was originally filed in Q3 2010 and published today by the US Patent and Trademark Office.

It's a highly sophisticated invention as are all of Apple's inventions relating to liquid metal. In every patent relating to liquid metal Apple provides a large umbrella of what they may use liquid metal for in the future including the following: a telephone, such as a cell phone, and a land-line phone, or any communication device, such as a smart phone, including, for example an iPhone, and an electronic email sending/receiving device. It can be a part of a display, such as a digital display, a TV monitor, an electronic-book reader, an iPad and a computer monitor.

It can also be an entertainment device, including a portable DVD player, conventional DVD player, Blue-Ray disk player, video game console, music player, such as a portable music player (e.g., iPod), etc. It can also be a part of a device that provides control, such as controlling the streaming of images, videos, sounds (e.g., Apple TV.TM.), or it can be a remote control for an electronic device.

Apple credits Christopher Prest, Matthew Scott, Dermot Stratton, Joseph Poole and Theodore Waniuk as the inventors of granted patent 8,829,437 which was originally filed in Q3 2012 and published today by the US Patent and Trademark Office. To review today's granted patent claims and details, see Apple's patent.

Apple Granted a Patent for a Free Form Cutting Machine

Apple has been granted a design patent today which covers a free form cutting machine. Apple notes that the patent further relates to the machining of a spline shaped workpiece. Apple is known for their fanatical attention to device detailing and this is another tool that proves that out.

Apple notes that as the milling machine varies the angle of each pass to form the curved surface, small ridges are generally visible in the workpiece. This results in a workpiece that is not finished, and must generally be put through additional steps of sanding and polishing to achieve a desirably smooth surface like that found on the aluminum unibody MacBook Pro manufactured by Apple.

While standard machining tools include pressure sensors that allow users to accurately predict required replacement times, the additional sanding and polishing steps required after conventional cutting machine operations are especially cumbersome, as polishing pads and sanders tend to wear unpredictably, requiring them to be checked for wear much more frequently than standard machining tools. Sanding and polishing aluminum also creates a significant amount of aluminum dust which has significant detrimental effects on the environment. 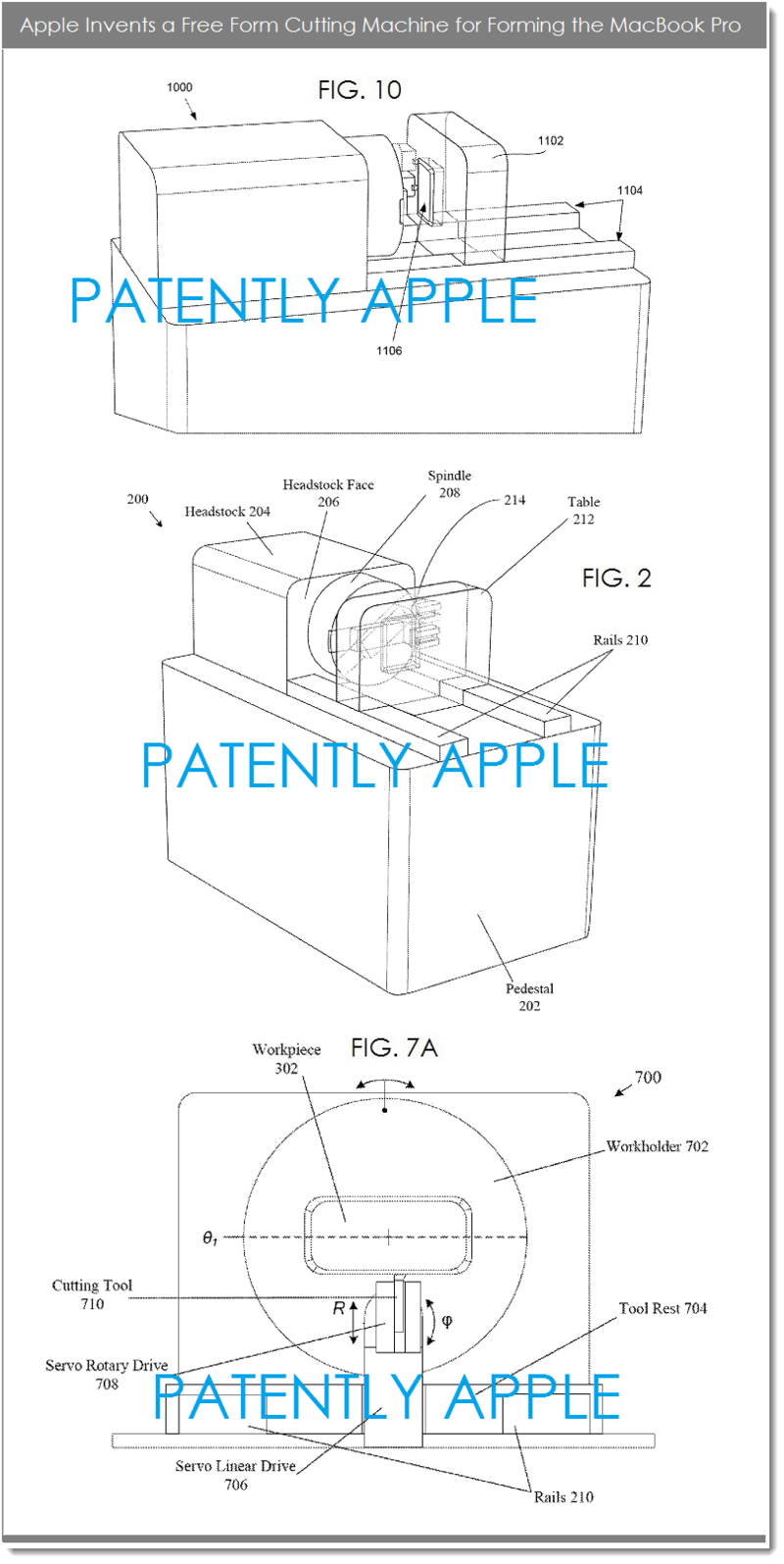 Apple credits Piotr Trzaskos, John Ternus and Carlo Catalano as the inventors of granted patent 8,827,611 which was originally filed in Q3 2011.

Apple was granted three design patents today. The most interesting one found in this group was an Apple Store enclosed pedestal that houses Apple's Mac Pro tower (D712,929). I've personally never seen this at the Apple Store and wonder if it's reserved for Apple's premium stores. 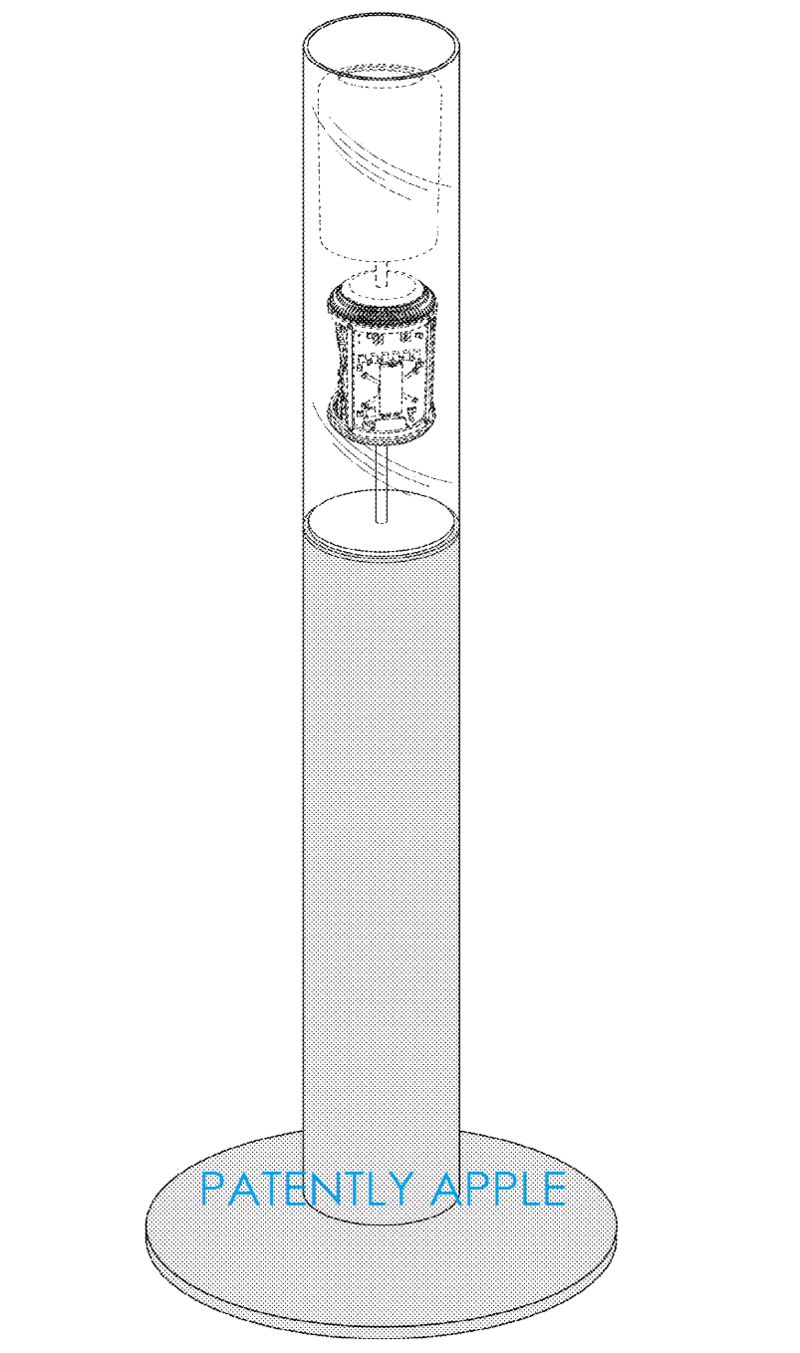 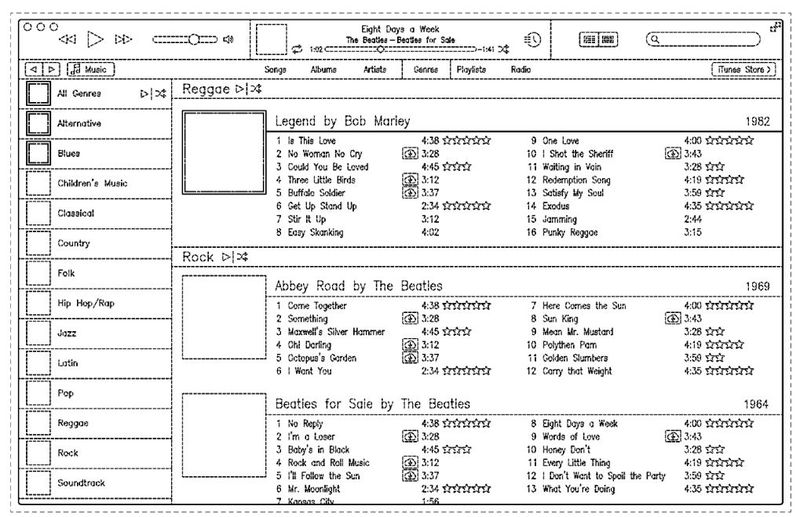 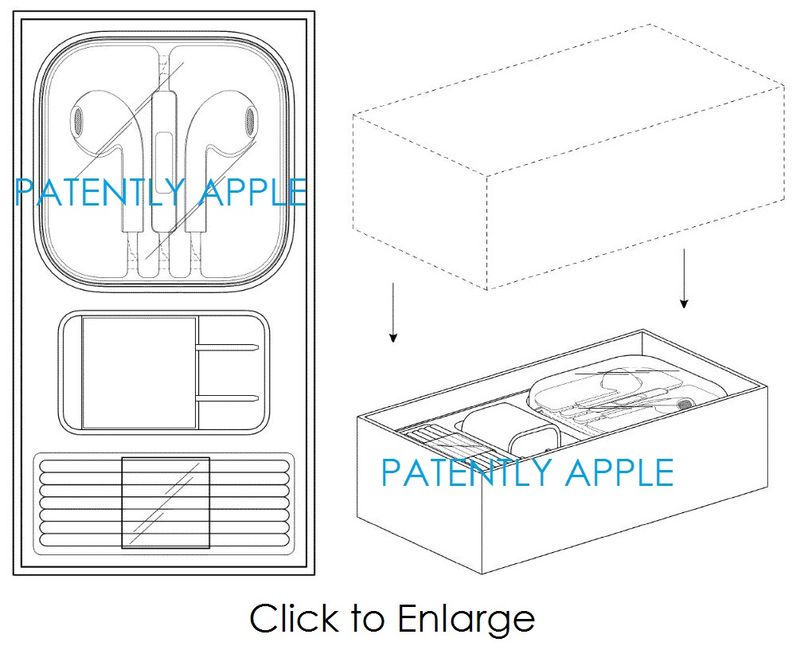 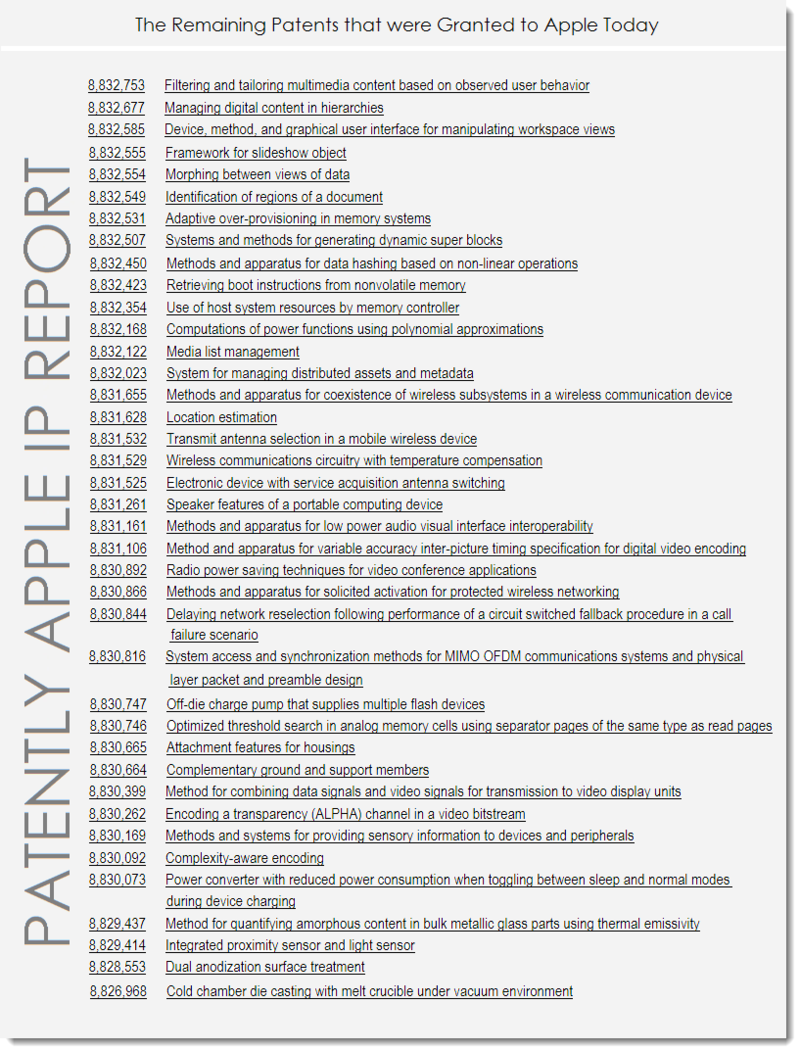