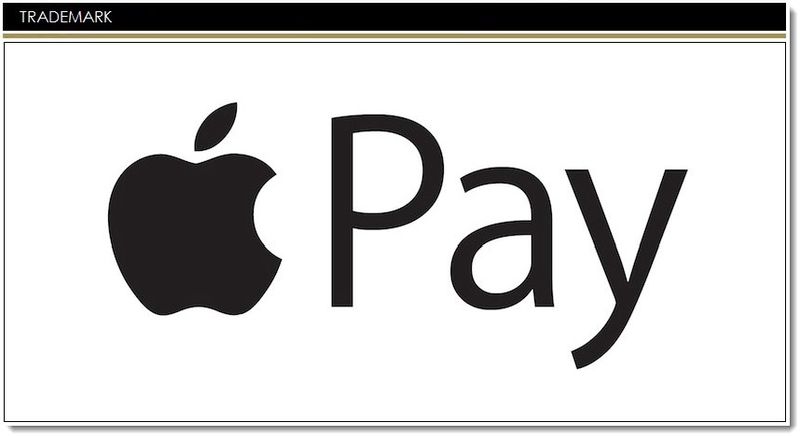 On September 17, 2014, the US Patent & Trademark Office published Apple's latest registered trademark for Apple "Pay" under application number 86393745. For those of you, who missed the Apple Event that introduced Apple Pay, let it be said that "Apple Pay" is a mobile payment and digital wallet service by Apple Inc. that lets users make payments using Apple devices. It is scheduled to launch in the United States in October 2014 for the iPhone 6 and iPhone 6 Plus, and Apple Watch in 2015. The iPhone 6 will wirelessly communicate with point of sale systems using a near field communication (NFC) antenna and a dedicated chip that stores encrypted payment information known as the Secure Element. It will also work with Apple's Touch ID. Starting in October, Macy's, Bloomingdales, Walgreens, Duane Reade, Subway, McDonald's and others will offer Apple Pay at their counters. The service will only be available in the US in 2014. No dates have yet been set for rolling this new service out in other countries. 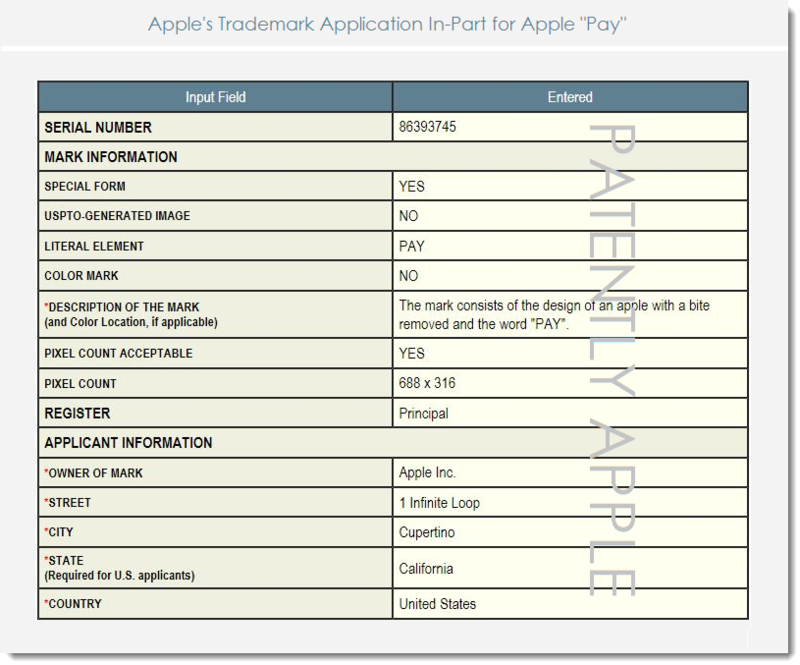 The original filing date with USPTO is noted on the application as September 12. Why there was a five day delay in publishing it is unknown. The logo provided for in the application includes Apple's logo that has already been registered. We also covered Apple's legally revised Apple logo that covers Apple Pay last week in this report. 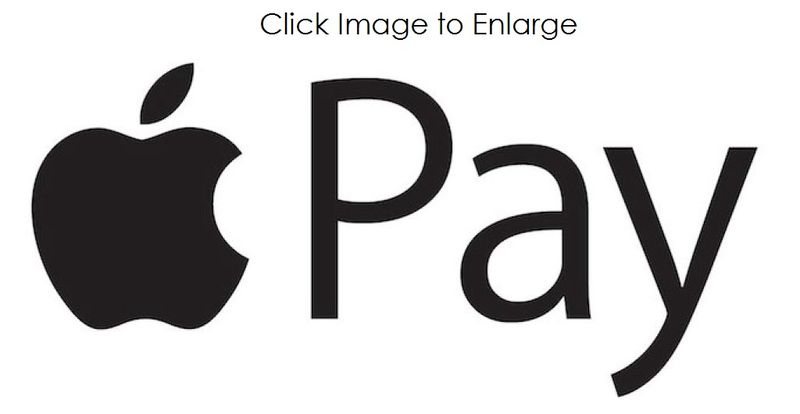