A Deeper Look at New Apple, Under Tim Cook's leadership 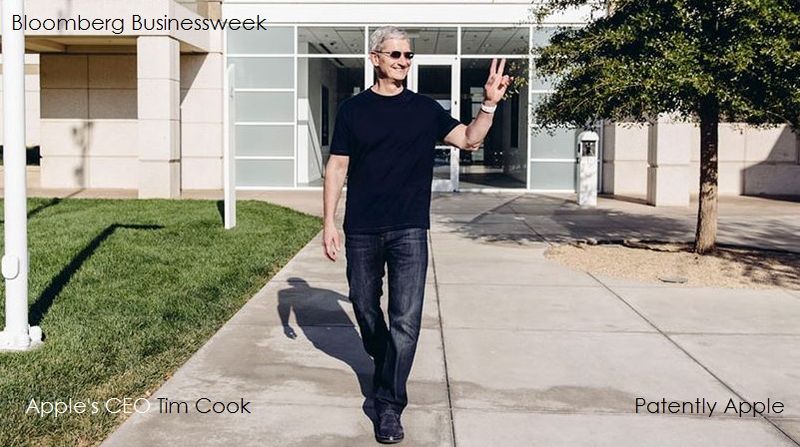 After Apple's September ninth event where they introduced the iPhone 6 with a new 5.5 inch version, Apple Pay and Apple Watch, Apple's Tim Cook has gone on a massive PR tour. In the past week we've covered the in-depth Charlie Rose interview and now a new Bloomberg Businessweek report has surfaced wherein we find Tim Cook and his team really opening up about new Apple in ways much different than we found in the Rose interview. Senior technology writer Brad Stone extensively interviewed Apple's Tim Cook, Jony Ive, Eddy Cue, Jeff Williams, and others on September 10, a day after the Apple Event. The report covers a lot of territory including the firing of Scott Forstall, the Beats acquisition, Apple's new projects and much, much more. Yet ultimately, I found that the report gave us more insight into Apple's CEO Tim Cook.

Early on the report notes that Cook was eager to declare the Apple Event a decisive victory. Cook stated that "Anybody coming out of there yesterday knows that innovation is alive and well in Cupertino. If there were any doubts, I think that they should be put to bed." Whether you agree with that assessment is another matter. Yet for now, that's the message Apple wants to promote during their PR tour: Innovation is still alive and well at Apple.

There's no doubt that there was a lot riding on the Apple Event being a smash success. The momentum going into the event was at fever pitch. And despite the Apple TV live streaming being a total disaster, the event was still considered a success. Brad Stone tells us that behind the stage, before the keynote was to begin, Cook was psyching himself up by listening to One Republic's tune "I lived."

September ninth was going to be Cook's most definitive moment since becoming Apple's new CEO. This was different than any other event about the evolution of the iPhone, iPad or Macs. This was the day that Apple was to finally show off an all-new device and shake-off the doubt that the media had been pounding them over: Why is Apple so late with the Next Great Thing?

While Brad Stone did a great job with his interviews, there were a few favorite segments I'd like to point out. For instance, the report noted that Cook's professional background was in managing supply chains, not changing the character of sprawling, complicated, ego-filled organizations. Yet three years later, veteran Apple executives repeatedly and emphatically say they want the new boss to get credit for pulling off one of the more improbable high wire acts in business history.

Eddy Cue, Apple's Senior VP of internet software and services stated that "I feel damn proud to be working as a part of Tim's team. If he gets a little bit of recognition from the outside world, that is great. He deserves a lot more than he is going to get."

Yet new Apple under Cook's leadership is noticeably different. The report notes that in the past, internal Apple departments shared very little information with each other. They didn't need to because of the overarching vision resided in Jobs's head. After Jobs died, several people who were there at the time say that it wasn't clear such a decentralized structure could survive without a powerful guiding voice at the top.

Some doubted that Cook would ever fill that need. The report tells us that Cook's culture hasn't suited everybody. To one former senior designer, accustomed to spit-balling sessions with Jobs to go over details as minute as the look of screen icons, the company no longer has the same allure. He says he left because Apple grew too large and that products once created in small groups are now done in sprawling teams. Though in general, that was a minority view.

On the topic of Apple Watch, the report covers Jony Ive revealing that the project was conceived in his lab three years ago, shortly after Steve Jobs' death and before 'wearables' became such an abused buzzword in Silicon Valley. Ive noted that "It's probably one of the most difficult projects I have ever worked on."

As part of their research into watches, Apple had invited a series of watch historians to Cupertino to speak, including French author Dominique Fléchon, an expert in antique timepieces. For his report, Brad Stone talked to Fléchon who would only say that the "discussion included the philosophy of instruments for measuring time" and noted that the Apple Watch may not be as timeless as some classic Swiss watches."

In a strange twist he added that "The evolution of the technologies will render very quickly the Apple Watch obsolete." With a statement like that, I would guess that his presentation didn't go over all that well at Apple. Yet like so many of Apple's critics, they'll likely be proven wrong over time.

Staying on the topic of Apple Watch, the report notes that Cook had conceded that consumers will issue the ultimate verdict on the Apple Watch, his biggest bet so far as chief executive. "You don't really know on that first day or first weekend," he said.

Cook further stated that "With things that are new, it's not like a movie, where you can look at that first weekend and draw the line." If consumers are befuddled or ambivalent, the questions about his product chops, and Apple's ability to innovate, will return with a new ferocity.