Apple's patent FIG. 1 shows a conceptual drawing of a fingerprint recognition sensor included in a portion of a device. 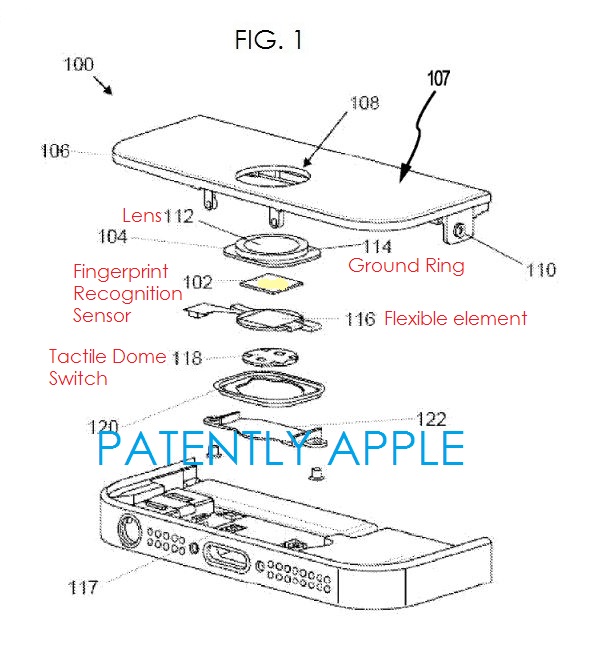 Apple's patent application provides techniques, including circuits and designs, which can receive information with respect to fingerprint images, and which can be incorporated into devices using fingerprint recognition. For example, the fingerprint sensor can be disposed beneath a control button or display element, for fingerprint recognition and authentication while the device is being operated by a user. There's a lot of detail to this invention titled "Capacitive Sensor Packaging," which could reviewed here.

Apple's patent FIG. 2 depicts a block diagram of an embodiment of a capacitive sensing array. 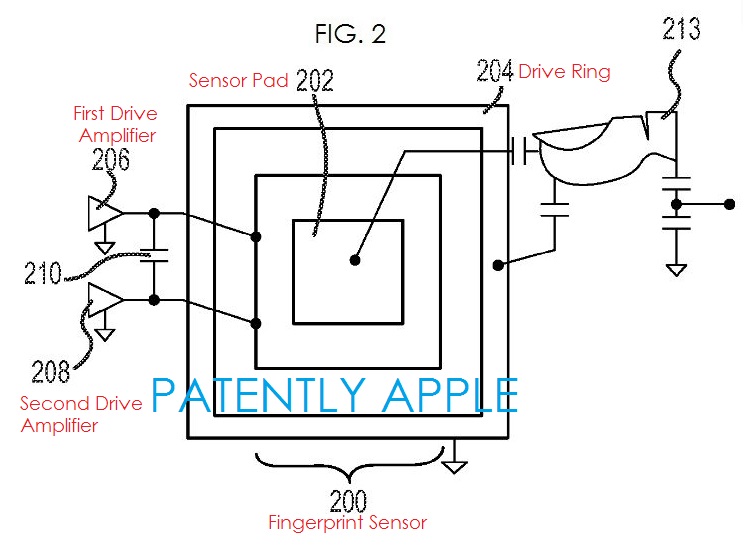 Apple notes that their fingerprint technology could one day apply to future MacBooks and the iMac, beyond the iPhone and iPad.