Rumors are spun everyday over supposed Apple parts for the iPhone 6 to keep the rumor mill well oiled. Today a new rumor has sprung from the minds of the good folks over at NowhereElse.fr. Their latest rumor-report is trying to put a square peg into a round hole about Apple adopting the new reversible USB standard for the iPhone 6.

The author of the report starts off on the wrong foot by using with the word "imagine," as noted here: "Imagine that for its part, Apple has already made ​​similar changes to the USB connector cable supplied with its devices." He then points to Apple's latest patent application for a reversible USB cable that we reported on back on July 24.

The report then links to a rumor site in China who in turn points to other rumor sites in China who have photos of the new reversible USB cable based on the 3.1 standard.

Below is one translation of one report circulating about Apple using the reversible USB cable. 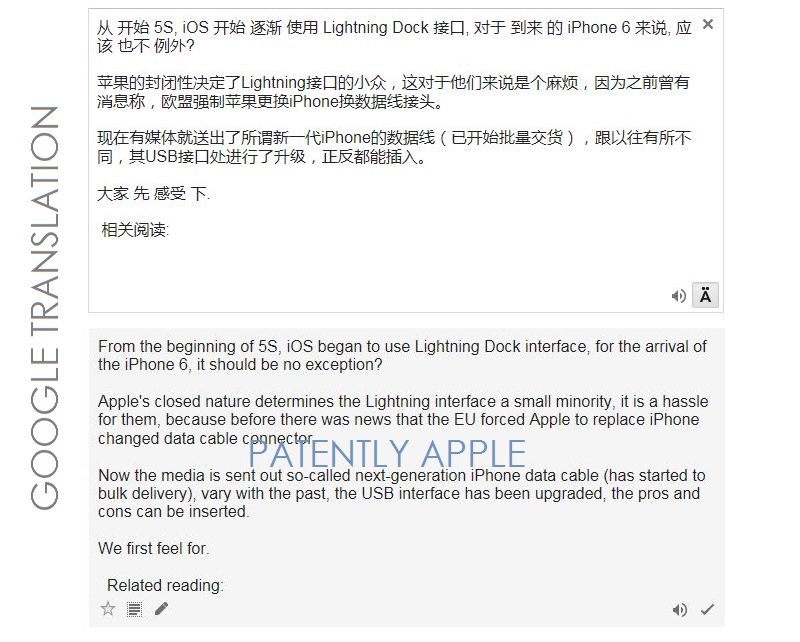 Below is a photo of the new USB cable from the Chinese site Dianxinshouji, with another site claiming it's from Foxconn who is the maker of the iPhone 6. 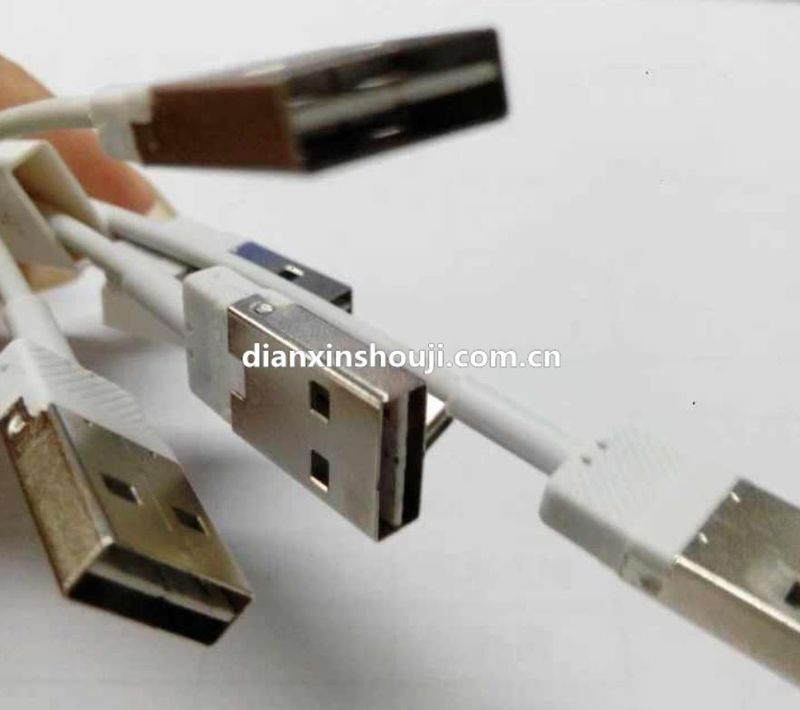 Is it impossible that Apple will use the reversible USB cable that they filed a patent for? No it's not impossible but it is highly unlikely to be introduced on the upcoming iPhone 6. If Apple complies and uses their patent-patent reversible USB cable to appease the European Commission, it'll likely be closer to the 2017 deadline that the European Commission set.

So at the end of the day what we're left with is NowhereElse.fr imagining what could occur based on generic photos of the new USB reversible cable that could be meant for any number of other smartphones that Foxconn manufactures for other smartphone players. On this count, the rumor mill is just spinning their wheels, again.