Samsung unveiled their new smartwatch today that they claimed was the first capable of making and receiving phone calls without a mobile phone nearby. Samsung has been pushing hard to develop new wearable devices as it looks to counter slowing earnings in their mobile division, which has led to weaker-than-expected second-quarter earnings and internal turf wars.

The news of this development was first reported on by Patently Apple back in April in a report titled "Samsung Reportedly Preparing New Standalone Smartwatch." The report also covered Samsung's trademark filing for Gear Solo and the new Samsung smartwatch ended up being branded Gear S, which is short for Solo. Our Patently Mobile site noted that Samsung had filed for Gear S in late July. 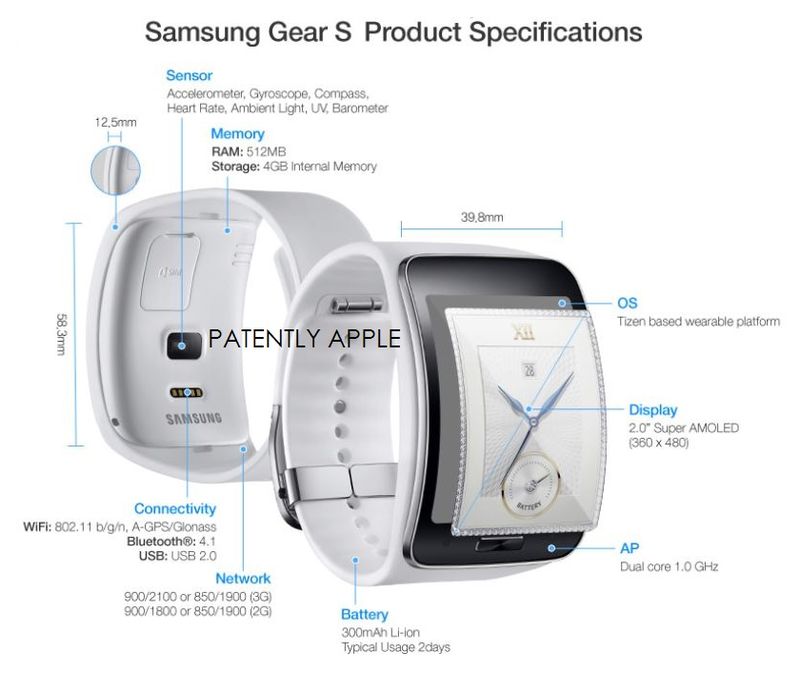 Also announced today with the Samsung Gear S was the new Samsung Gear Circle. When paired with a smartphone, users can easily receive calls, listen to music, and make voice commands in style through a Bluetooth connection. It features a magnetic lock which clasps around the user's neck when not in use, as well as a vibrate function to signal incoming calls and notifications. Earlier this summer Samsung revealed that they have a lot more ideas on the drawing board to advance their future smartwatches. So today's advancements are only the beginning of many to follow.