Microsoft Aims the Surface Pro 3 at the MacBook Air, Again

Back in May we posted a report titled "Microsoft's New Surface Pro 3 Thinks it's a Notebook." Specifically, it believes it's a MacBook Air replacement. Today a new Microsoft ad has surfaced that is once again making their case for the Surface 3 being a hybrid device that's both a tablet and a notebook. Microsoft's ad shows the diversity of their Surface 3 tablet being a notebook with a keyboard and a high-end tablet that could also use a smart pen for making quick notes over a draft and so forth. Although it has the wrong form factor as a hybrid in my view, the idea of hybrid notebooks are beginning to catch on with the consumers as confirmed recently by Best Buy's CEO Hubert Joly.

The timing of the Surface 3 tablet using an iCore processor and carrying software that would make their tablet more like a notebook of sorts could make further inroads into the education market against Apple's iPad. The New Common Core educational guidelines are demanding that K12 students use a device with a full standard keyboard. Virtual keyboards don't count.

Hybrid notebook-tablets are catching on according to the latest trend that Best Buy has noticed recently as tablet sales worldwide have begun to slow. Even Apple's iPad sales were off 9% for their last quarter. Apple's CEO Tim Cook pounded the table during their conference saying that significant innovation was coming to the iPad.

Apple has patent pending technology for addressing future hybrid devices. The first tackles a hybrid-notebook head on as noticed here. The second and third patent applications covered an iPad with a next-gen smart cover with a built-in keyboard and so much more.

Apple was first to market with a smart cover for a tablet that included a magnetic hinge. Microsoft copied that basic idea and then beat Apple to market with one that had a keyboard built into the inside of the cover.

Last week Microsoft filed for new versions of the Surface tablet smart cover that could address business users wanting a built-in presentation controller as well as another design for dedicated Xbox gamers. 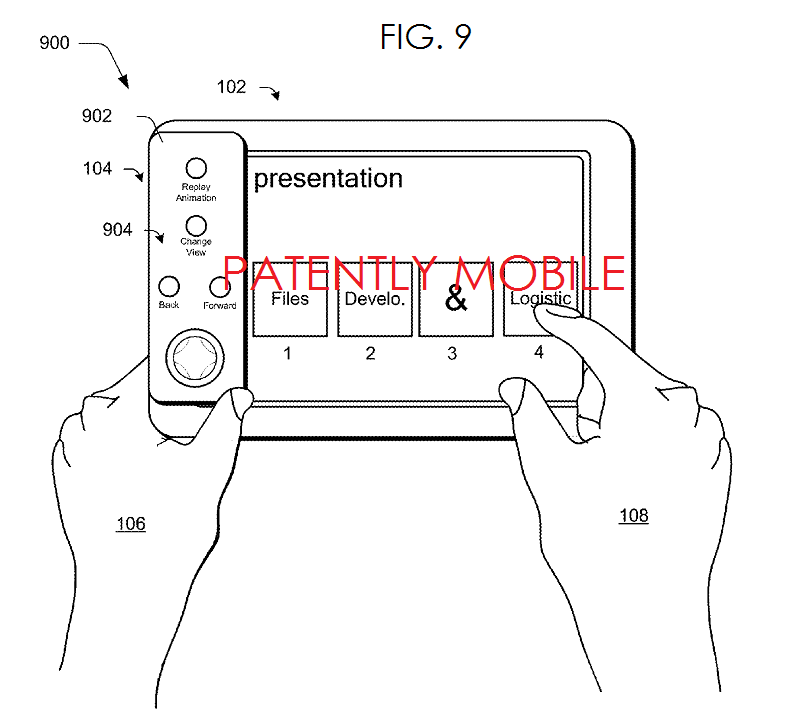 Apple could easily address the hybrid-notebook trend in many ways. With MS Office now on iOS and IBM dedicated to bringing top-end original business software to the iPad, the iPad can add a simple keyboard in the form of a next-gen Smart Cover or Case. They also have the option of creating a MacBook Air-like device with a detachable keyboard.

With Microsoft's aggressive campaign out to convince consumers that a hybrid notebook is the next wave of devices over dedicated notebooks and Common Core requiring students to use new mobile devices with a keyboard, it would appear that Apple has to now address this trend or begin to lose more of its edge in the tablet market.

It's highly doubtful that Apple will drop the ball here, so we could hopefully expect to see Apple address this trend later this year – in one way or another. Then again, Apple fell behind the larger smartphone display trend much longer than expected, so it's not a sure thing by any stretch of the imagination.