The First 30 Days of ABC News on Apple TV 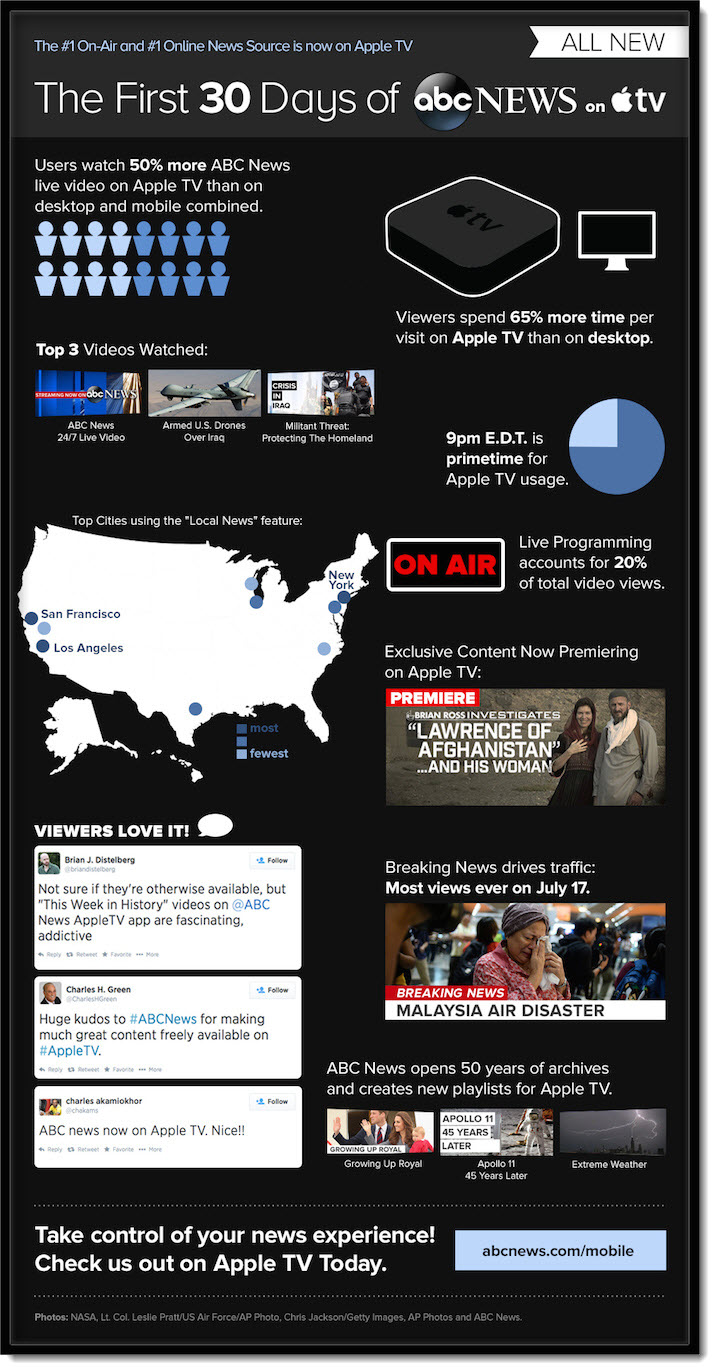 We reported in June that "Bringing ABC's Live News to Apple TV is a Monumental Move," and Last week we noted that "Apple TV Quietly adds CNBC and Fox Now Channels." Today's statistics are very positive for Apple and it should lead to more channels coming on board over the next year. For more on ABC news on Apple TV, see ABC's webpage.