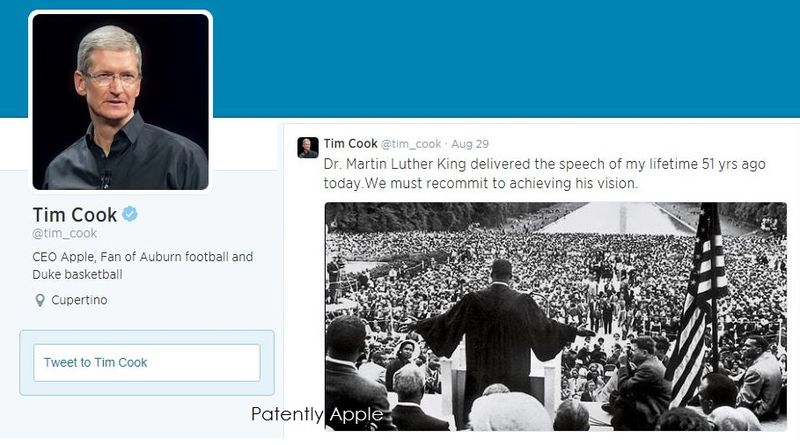 Apple's CEO Tim Cook paid tribute to Martin Luther king's I have a dream speech on his Twitter site on Friday. The "I Have a Dream" speech delivered by American civil rights activist Martin Luther King, Jr. on August 28, 1963, called for an end to racism in the United States. Delivered to over 250,000 civil rights supporters from the steps of the Lincoln Memorial during the March on Washington, the speech was a defining moment of the American Civil Rights Movement.