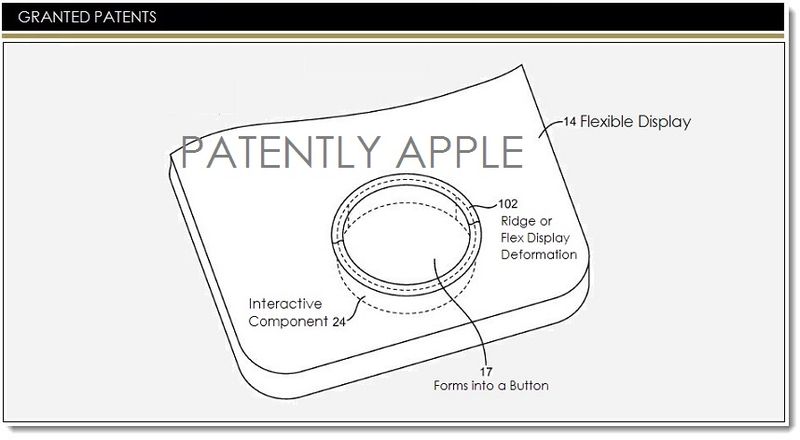 The US Patent and Trademark Office officially published a series of 57 newly granted patents for Apple Inc. today. In this particular report we cover Apple's invention that relates to flexible displays that may include one or more flexible layers. A display cover such as a cover glass layer may be mounted over a flexible display. The display-based speaker structures may be mounted under the flexible display. Portions of the flexible display may be used as speaker membranes for the display-based speaker structures. Apple's figure in our cover graphic is a Home Button that could disappear when not in use. When it comes to flexible displays in this invention, Apple is thinking about providing future iDevices with unique functionality rather than just standalone form factors. Apple's invention may relate to many future devices such as an iPhone iPad, wristwatch, pendant and/or other wearable or miniature devices and even the MacBook Pro.

Apple has been granted a patent today for their invention relating to functional flexible displays. Much of what Apple is describing was first covered in our report titled "Apple Looks to Flexible Displays for Unique Functionality."

Electronic devices may also be provided with user interface components (input-output components) such as buttons, microphones, speakers, piezoelectric actuators (for receiving electrical input from a user or tactile feedback to users), or other actuators such as vibrators, pressure sensors, and other components. These components may be mounted under portions of a flexible display.

Components may receive input or may supply output through a physically deformed portion of the flexible display (e.g., a deformation that occurs when a user presses on the display to compress the component). In some configurations, a portion of the flexible display may serve as a membrane that forms part of a microphone, speaker, pressure sensor, or other electronic component.

If desired, a flexible display may be deformed by an internal component to provide audio or tactile feedback to a user. For example, structures inside an electronic device may be pressed against portions of a flexible display to temporarily create an outline for a virtual on-screen button or to temporarily create a grid of ridges that serve to delineate the locations of keys in a keyboard (keypad). 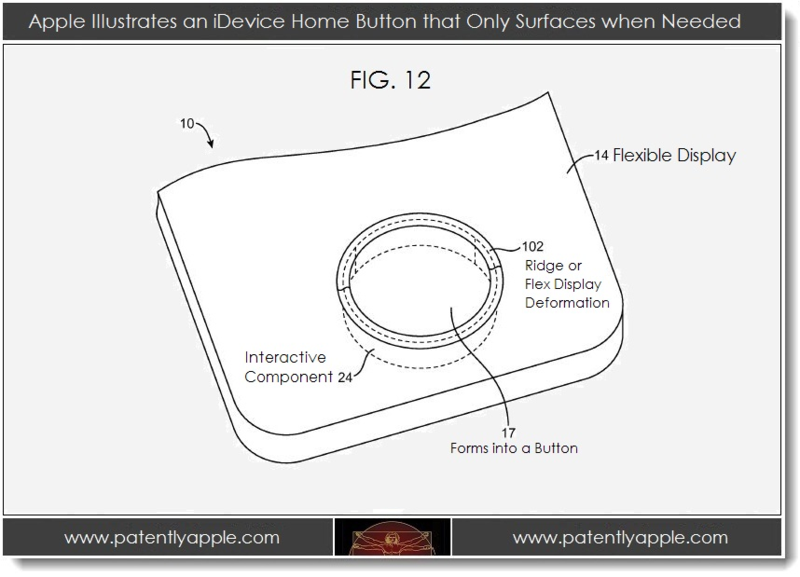 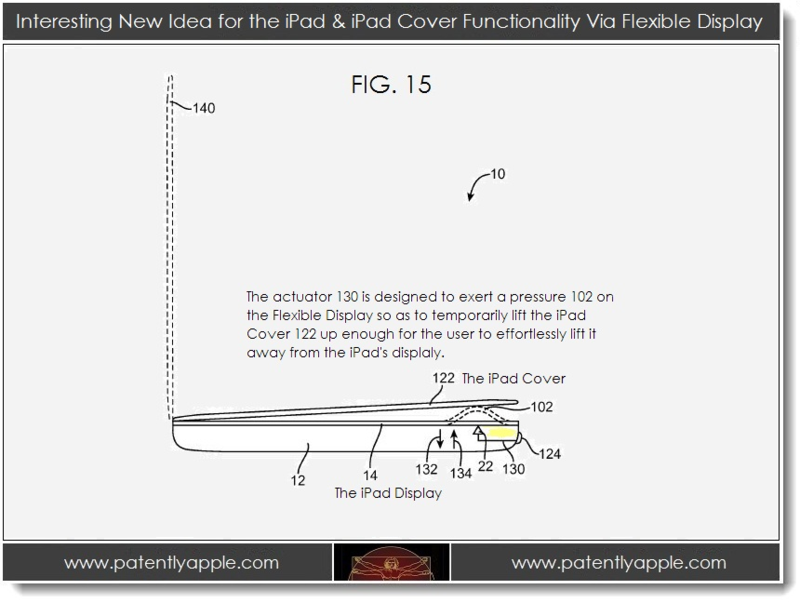 Apple credits Fletcher Rothkopf, Scott Myers and Stephen Lynch as the inventors of granted patent 8,816,977 which was originally filed in Q2 2011 and published today by the US Patent and Trademark Office. To review today's granted patent claims and details, see Apple's patent.