Apple has been granted a patent today for their invention relating to systems, methods and computer-readable media for providing a personalized avatar for previewing articles wearable by the avatar which represents the actual user's particular sizes of clothing and accessory preferences.

The avatar dimensions, shape and general appearance can be defined to substantially match those of a user, such that articles of clothing, accessories or other objects placed on the avatar can substantially represent how the articles would appear on the user. 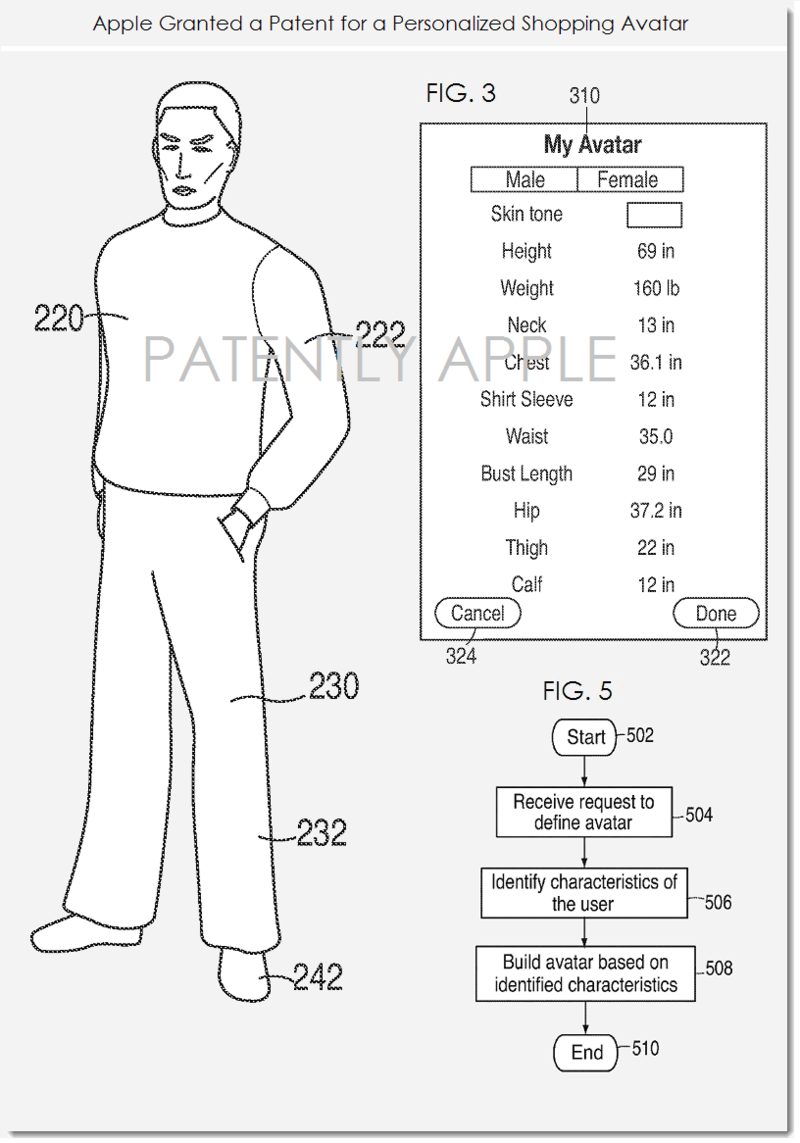 Apple has long been researching this field of avatars in context with next generation shopping experiences. Their initial research popped up in 2008 in context to a future avatar-centric Apple Store. A year later, Apple introduced us to the head-tracking system in relation to future avatar movements matching our real-world movements and we also learned about the future of 3D internet experiences.

In the end it'll allow users to visualize what clothing, jewelry or accessories will look like on them before purchasing the items from a virtual retailer. That last link shows images of Ralph Lauren being that retailer which is interesting considering that they were just in the news yesterday about a new tech shirt that will work with iOS.

Apple credits Cindy Lawrence, Victor Tiscareno and Stanley Ng as the inventors of granted patent 8,818,883 which was originally filed in Q3 2009 and published today by the US Patent and Trademark Office. Patently Apple first covered this patent application back in 2010. To review that report and more graphics see our original report.

One last granted patent of interest today is one titled "Multipoint touch surface controller" which goes all the way back to FingerWorks original invention related to multitouch. Apple made some tweaks to the patent and filed it in 2012. Today it was granted. The specific updates to the invention are unknown at this time. 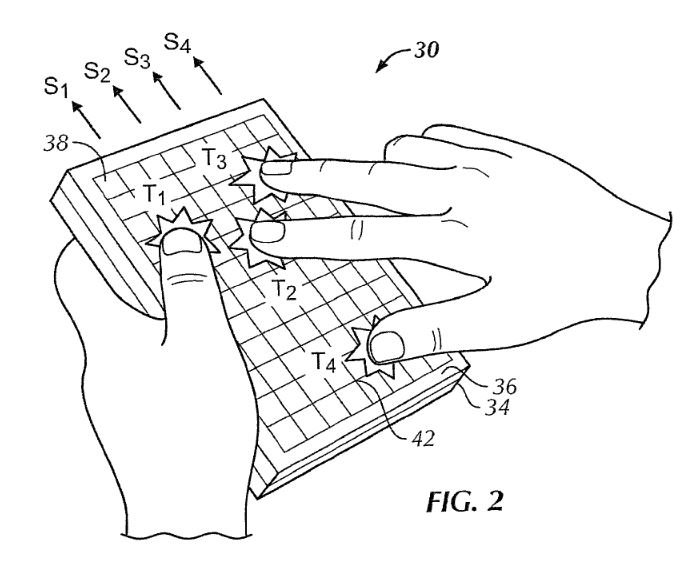 Apple was granted twelve design patents today. The most important of these was covered in a separate report titled "Apple Wins a Patent for their Famous NYC Glass Store Design." Others include a power Apple 5W USB Power Adapter (for Australia and New Zealand if I'm correct), the iPad's Smart Case, the iPod nano (sixth generation) and the iPhone Home Screen UI.

The next two designs are unknown to me. The first one is titled "Display Screen with UI" as noted below. I'm sure it's something simple and not a peek at an iWatch. So if someone out there knows what this is, then send me a comment below along with a link to a sample of the design for verification purposes and I'll update the report accordingly. 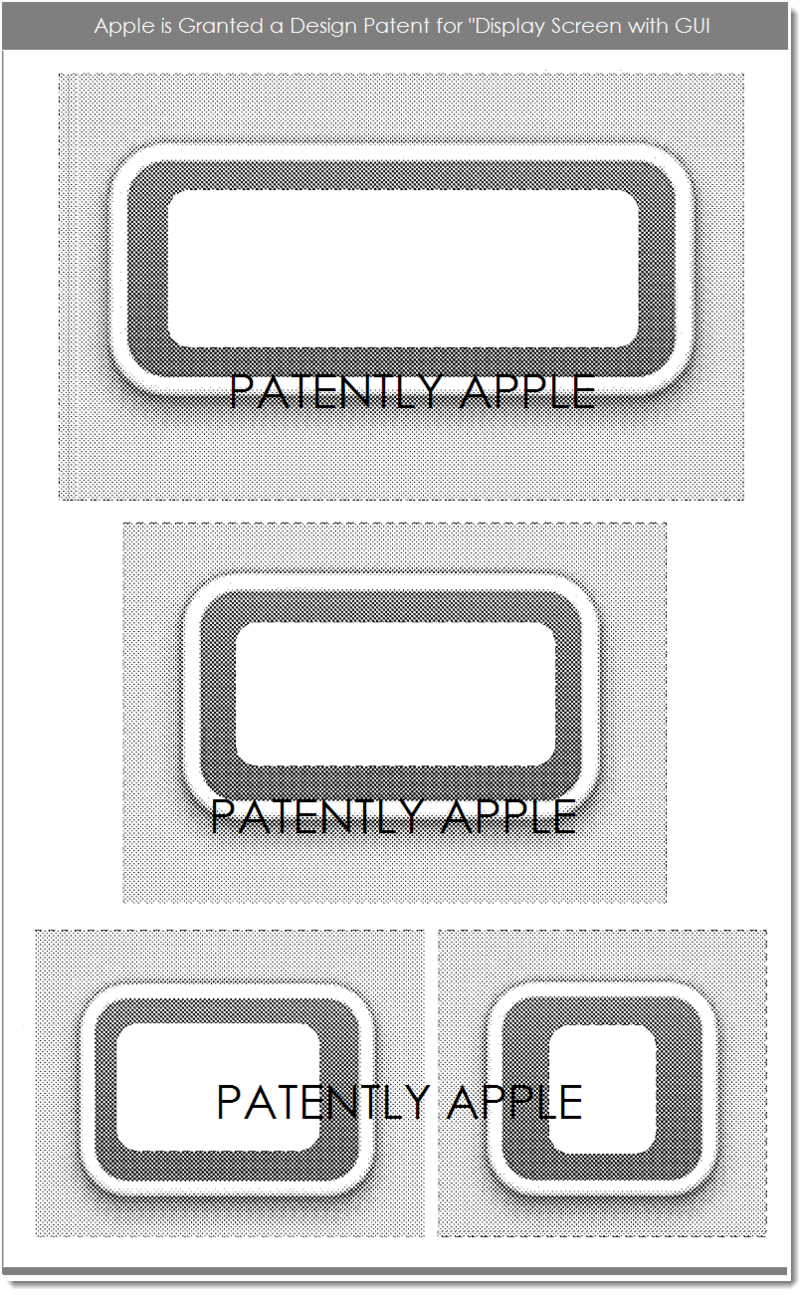 The second design patent that I'm unfamiliar with is presented below. When you enlarge the image below you'll notice that there are touch arrows on the left hand side. I'd love to say that it's for a new Apple TV design, but once again, Apple doesn't let design schematics of new devices out before they're launched publicly. So I can rule that out.

Once again, if someone out there knows what this design represents, then send me a comment below along with link to the design for verification purposes and I'll update the report accordingly. Update 9:49 AM PST: James Hannington wrote in and believes that the design below represents Safari with tabs. Thanks James, I think you're right. 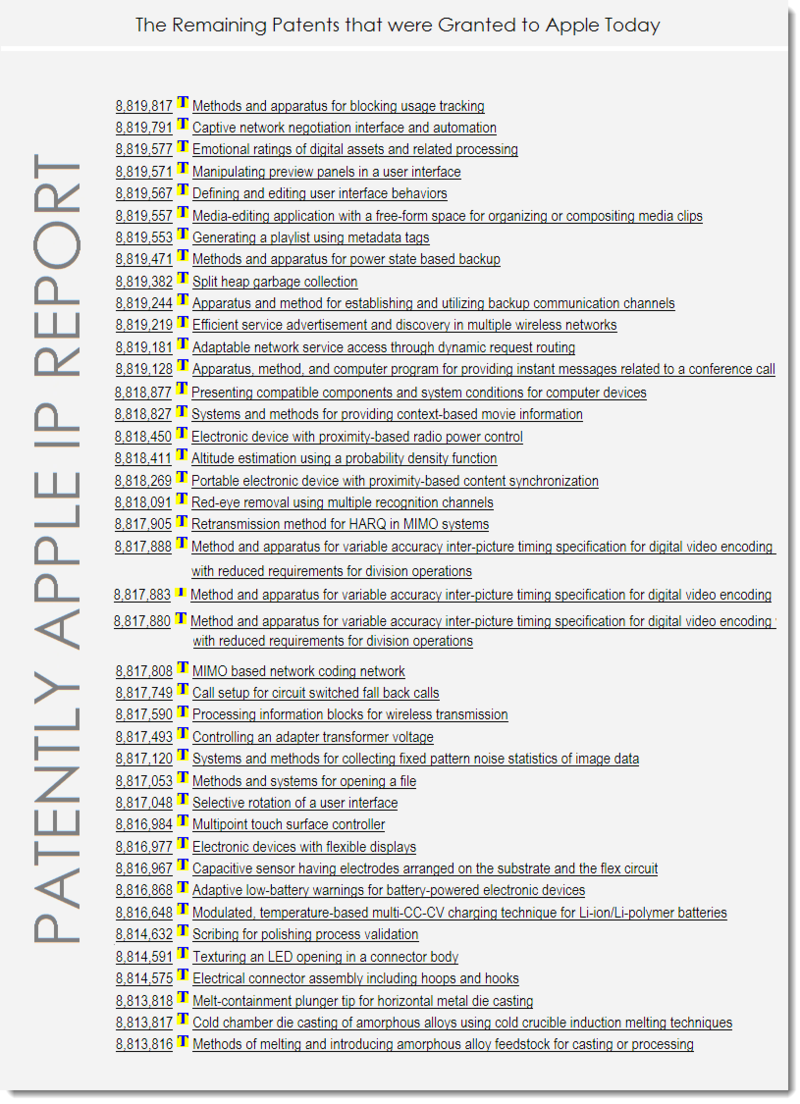