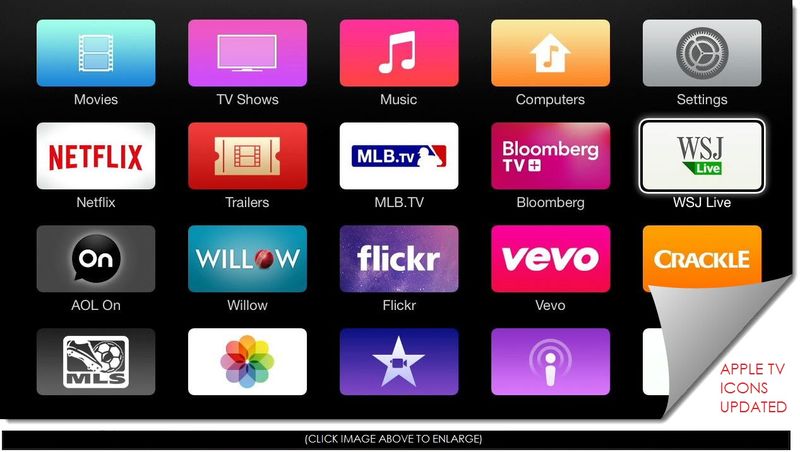 It was only a matter of time before Apple got around to updating and synchronizing their Apple TV iconography so that it would match the flatter look introduced with iOS 7 last year. Apple also took the time to update a number of their icons including the "Setting" and "Trailers" icons – which is now represented as a ticket image instead of an image of a camera. The new Apple TV icons will debut when Apple TV is updated later this year.

NOTE: Somehow this report was accidentally deleted earlier this evening while working on another report. Sorry for any inconvenience.