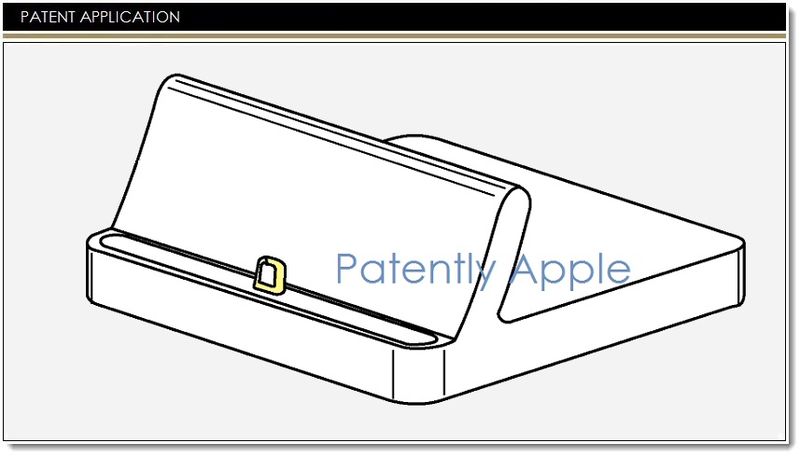 Apple's patent FIG. 9A noted below is a diagram that illustrates an isometric view of a docking station: FIG. 9B is a simplified side view of the dock. 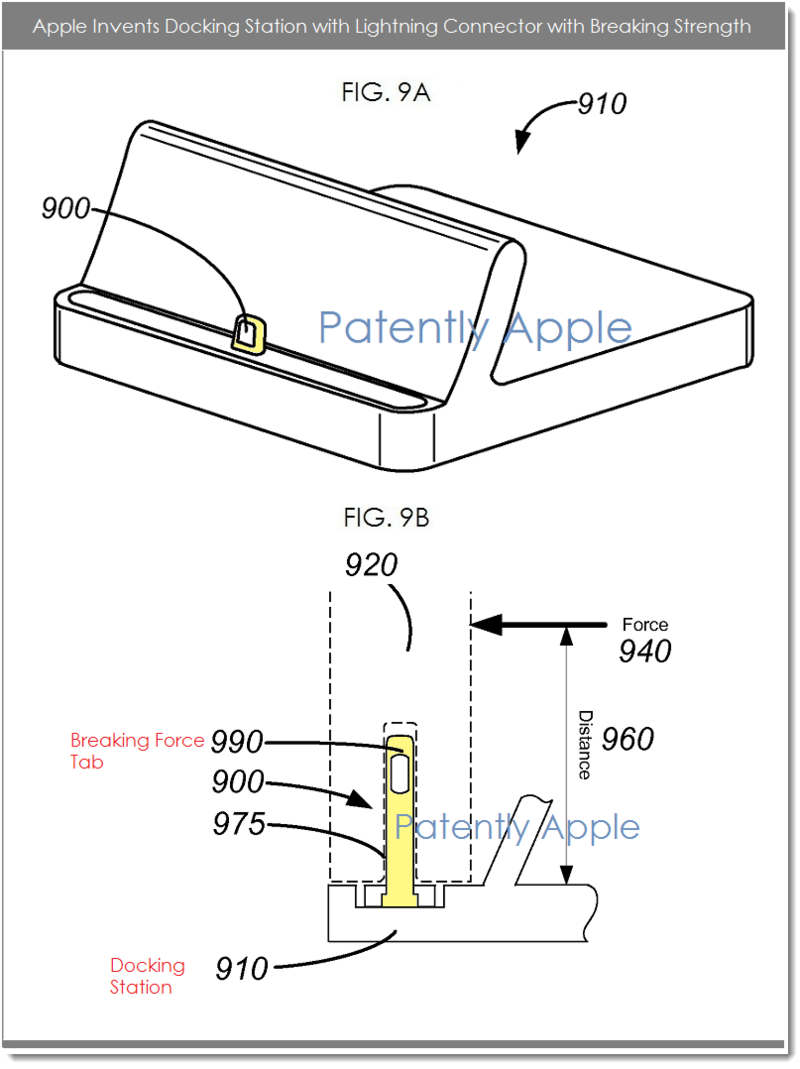 The newly designed breaking strength that Apple describes in the patent will likely be mated with another patent pending invention of Apple's that will allow the lightning connector in the dock to be flexible as noted below. 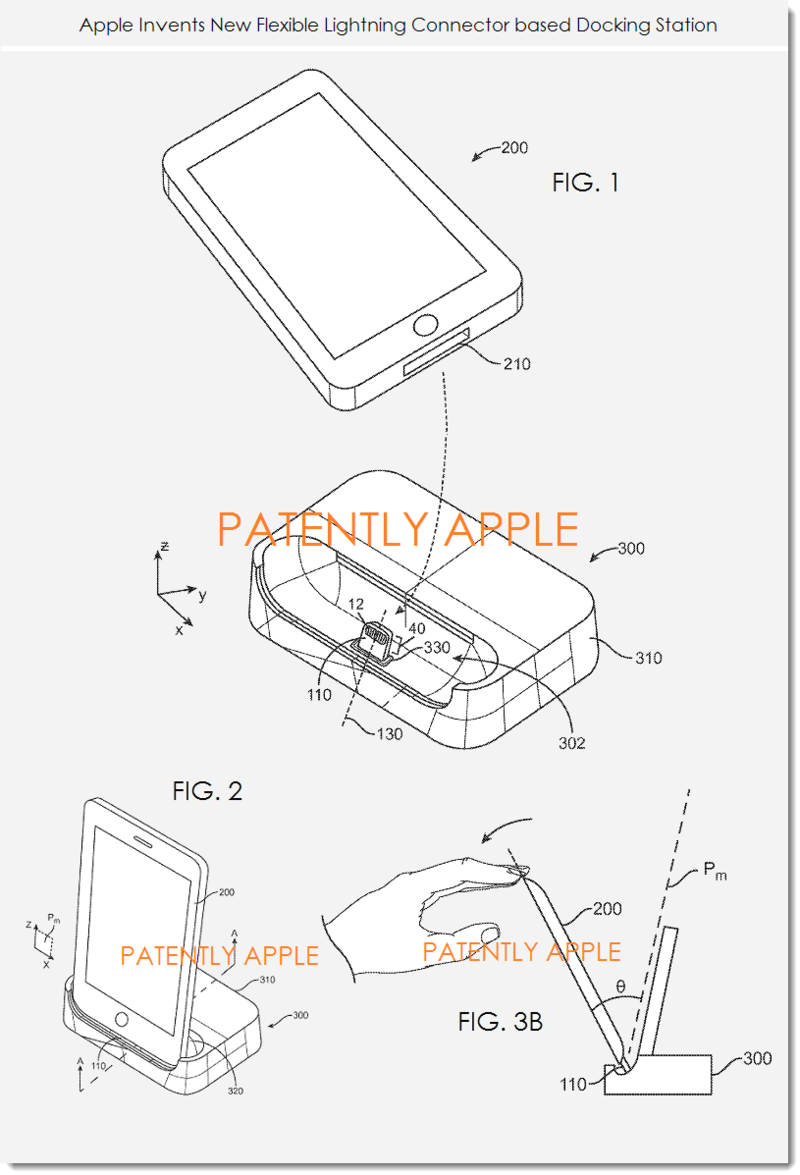 Beyond a new docking example, Apple generally notes that their invention relates to attaching internal enclosures to connector bodies having relatively small geometry such that the connector has a designed breaking strength. By way of example, the connector design may be used on data and/or power connectors, such as USB connectors, Firewire connectors, Thunderbolt connectors and the like.

Apple credits Albert Golko, Ibuki Kamei, Warren Jones and Paul Thompson as the inventors of patent application 20140242848 which was originally filed in Q1 2013. Considering that this is a patent application, the timing of such a product to market is unknown at this time.