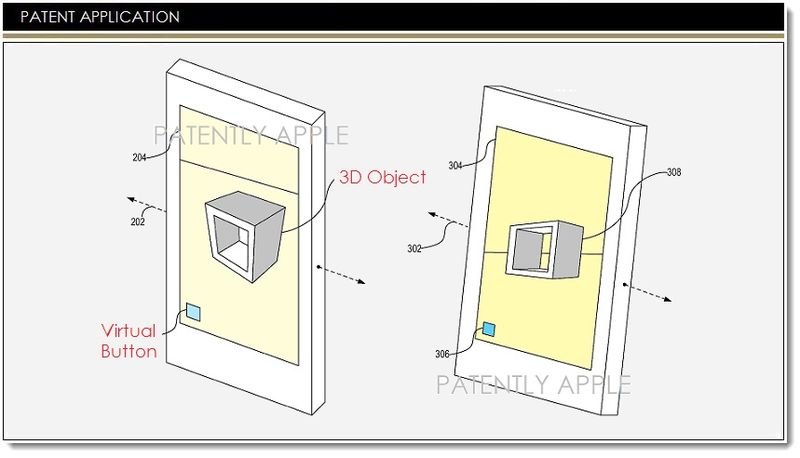 In 2012 we posted a patent report titled "Apple Invents a Killer 3D Imaging Camera for iOS Devices" which was way ahead of Google's Project Tango. Interestingly Project Tango is shone to be using Apple's new technology acquired from PrimeSense. Today the US Patent & Trademark Office published a patent application from Apple that reveals techniques for manipulating mobile device imagery in a 3D space on future iDevices and Macs.

Like many mobile devices, the iPhone, and its cousins the iPad and iPod Touch, come equipped with a touchscreen interface that can detect physical contact from a user of the mobile device and generate a corresponding event. For example, the iPhone can detect when a user has single-tapped the screen, double-tapped the screen, made a pinching motion relative to the screen, made a swiping motion across the screen, or made a flicking motion on the screen with his fingertips. Each such user interaction relative to the iPhone can cause a different kind of corresponding event to be generated for consumption by interested applications. Thus, the iPhone, iPad, and iPod Touch are able to detect and respond to a variety of physical interactions that a user can take relative those devices.

A mobile device's touchscreen is usually the primary mechanism by which the mobile device's user interacts with user interface elements (e.g., icons) that are displayed on the touchscreen. Thus, if a user desires to launch an application, the user might tap on the application's icon shown on the mobile device's display. Alternatively, if a user desires to move an icon from one location to another in the user interface, the user might press down on that icon's location on the display and then slide his fingertip across the touchscreen to the destination at which the user wants the icon to be placed. A user of a more conventional computer, such as a desktop computer, would likely use a separate pointing device such as a mouse to perform similar operations.

Apple's invention can involve a mobile device that includes a touchscreen display that presents an image of a three-dimensional object. The display can concurrently present a user interface element that can be in the form of a virtual button.

For example, in one embodiment, while the virtual button is being contacted, a mobile device can operate in a special mode in which physical tilting of the device along a physical spatial axis that passes horizontally across the device's display causes the device to render the three-dimensional object at a different angle relative to a virtual plane on which the three-dimensional object virtually sits. Such tilting essentially can cause the device to position the rendering viewpoint relative to the object closer to a top-view or closer to a side-view of that object, depending on whether the tilting physically moves the top or bottom of the display away from or toward the viewer, while maintaining constant the virtual distance of the rendering viewpoint from the object.

In some embodiments, the device-orientation-sensitive three-dimensional object rendering application is a software-based process that can move the rendering viewpoint within the virtual space in which a three-dimensional virtual object virtually sits in order to cause the object to become rendered at a different angle on the display; such movement of the viewpoint can be conducted in response to the physical tilting of the device out of some initial physical orientation.

In Apple's patent FIG. 2 noted below we're able to see a block diagram illustrating an example of an initial physical orientation of an iPhone relative to a physical spatial axis #202 that passes horizontally across a center of a touchscreen display #204 of an iPhone. The display is able to depict a rendered three-dimensional object #208 as seen from an initial viewpoint in the virtual space that the object occupies. 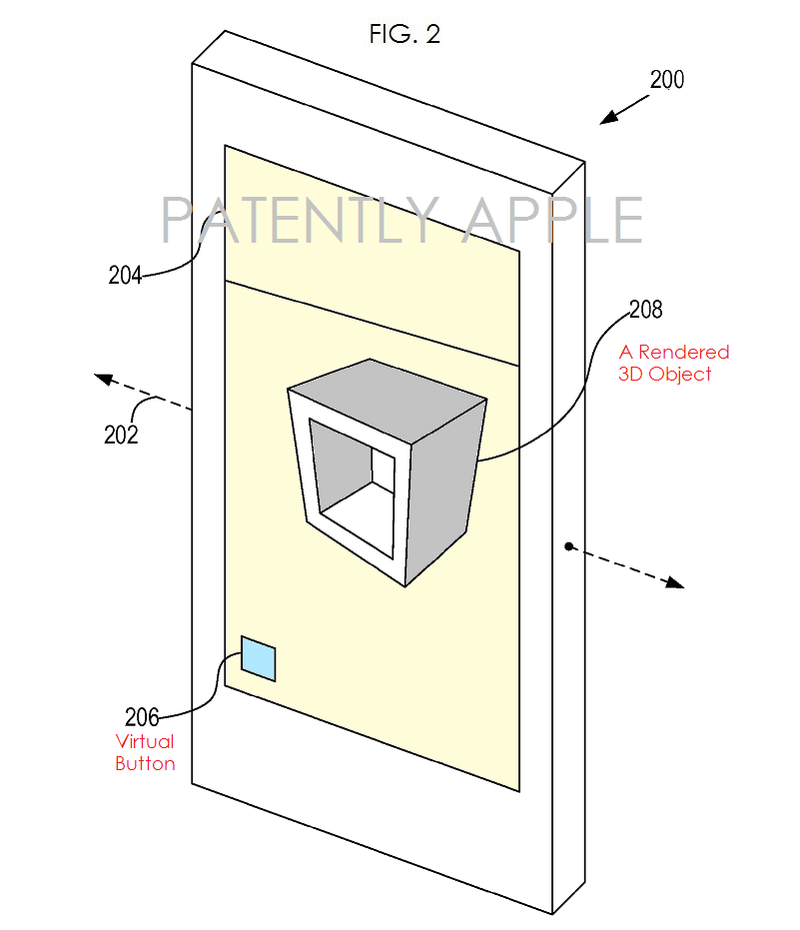 In one embodiment of the invention, the display will also be able to depict a virtual button noted as patent point #206 above. The user will tap this button to cause a 3D application to perform some specified functionality, such as toggling in between a two-dimensional and three-dimensional view of the scene being rendered on the iPhone's display.

Apple's patent FIG. 3 is a block diagram illustrating an example of a subsequent physical orientation of a mobile device relative to a physical spatial axis that passes horizontally across a center of a touchscreen display of the mobile device 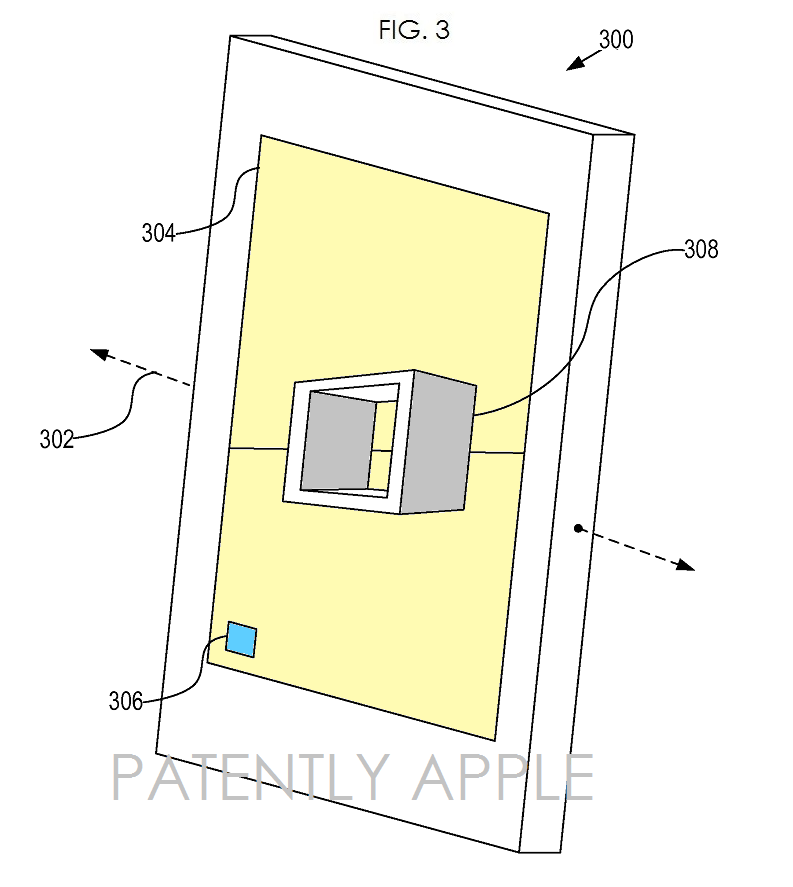 Apple's patent FIG. 4 is a flow diagram illustrating an example of a technique for rendering a three-dimensional object on a mobile device's display from a perspective that depends on an extent to which the mobile device has been tilted along a horizontal axis from an initial physical orientation. Apple credits Patrick Piemonte and Marcel van OS as the inventors of patent application 20140232634 which was originally filed in Q1 2013. Considering that this is a patent application, the timing of such a product to market is unknown at this time.