The US Patent and Trademark Office officially published a series of 57 newly granted patents for Apple Inc. today. In this particular report we briefly cover two of Apple's latest patent wins related to liquid metal that could one day be used for future Apple devices or parts of devices relating to displays including a TV, the iWatch, iPad, Apple TV, iPod, keyboard, MacBook Pro and beyond. Although both patents are highly technical, I'm sure that there are those who will still want to investigate these patents in depth.

Apple has been granted two patents today for inventions relating to liquid metal. Both patents relate to a gate and a vessel for melting material and retaining molten material therein during melting.

In Apple's patent FIG. 3 noted below we're able to see the BMG feedstock (#200) is being molten in the crucible (#100A) with a suitable heater, such as a solenoid (#120) that is configured to inductively heat and melt BMG in the solenoid. 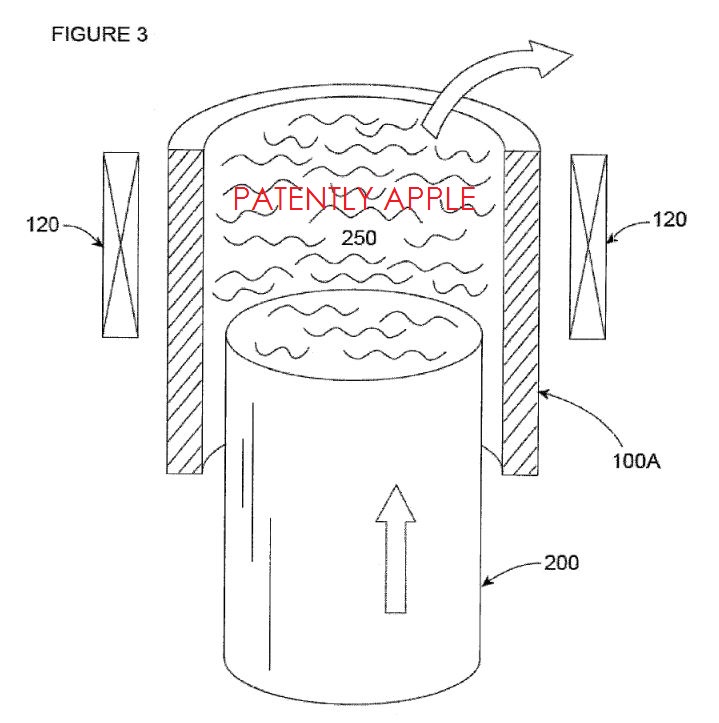