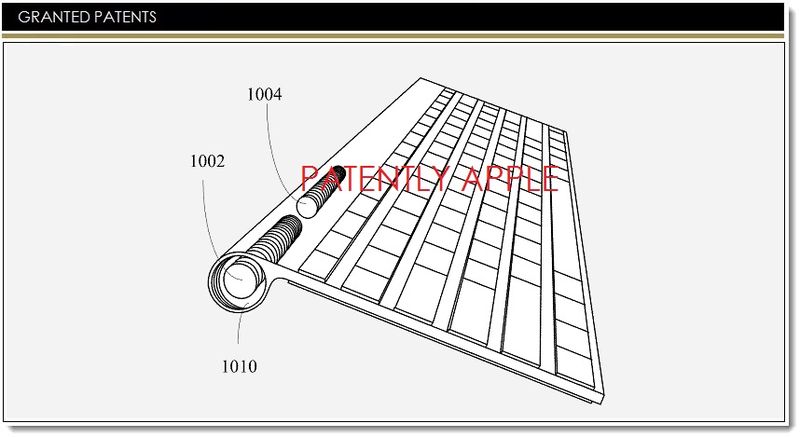 The US Patent and Trademark Office officially published a series of 58 newly granted patents for Apple Inc. today. In this particular report we cover a patent that is titled "Combining power from multiple resonance magnetic receivers in resonance magnetic power system," which relate generally to utilizing a wireless power transmission in a portable computing environment. In 2012 Patently Apple was first to report on Apple's future magnetic resonance power system. In 2013 we covered the same system with far more detail and later posted a report titled "The Cordless Home is now in Reach with Magnetic Resonance," discussing the new power system in the larger context of how it was progressing within the industry. Today we see for the first time how peripherals like Apple's Magic Mouse and future wireless keyboard will integrate magnetic resonators that will be powered by the new power system hidden within a future iMac or Mac Pro tower.

Apple has been granted a patent today for their invention relating to a system and method for utilizing wireless near field magnetic resonance (NFMR) power transmission in a computing environment. A small form factor wireless power unit can be used to replace conventional batteries.

In particular, methods, systems, and apparatus that describe a peripheral device arranged to wirelessly receive power from an NFMR power transmitter in useable amounts while positioned in about any spatial orientation with respect to the NFMF transmitter.

As shown in Apple's FIG. 12 below, a virtual charging area includes central unit such as a desktop computer that can include the NFMR power supply, keyboard, mouse, and portable media player. In one embodiment, the keyboard can be configured to receive power directly from the NFMR power supply included in desktop computer as can mouse and portable media player (when located within range R). 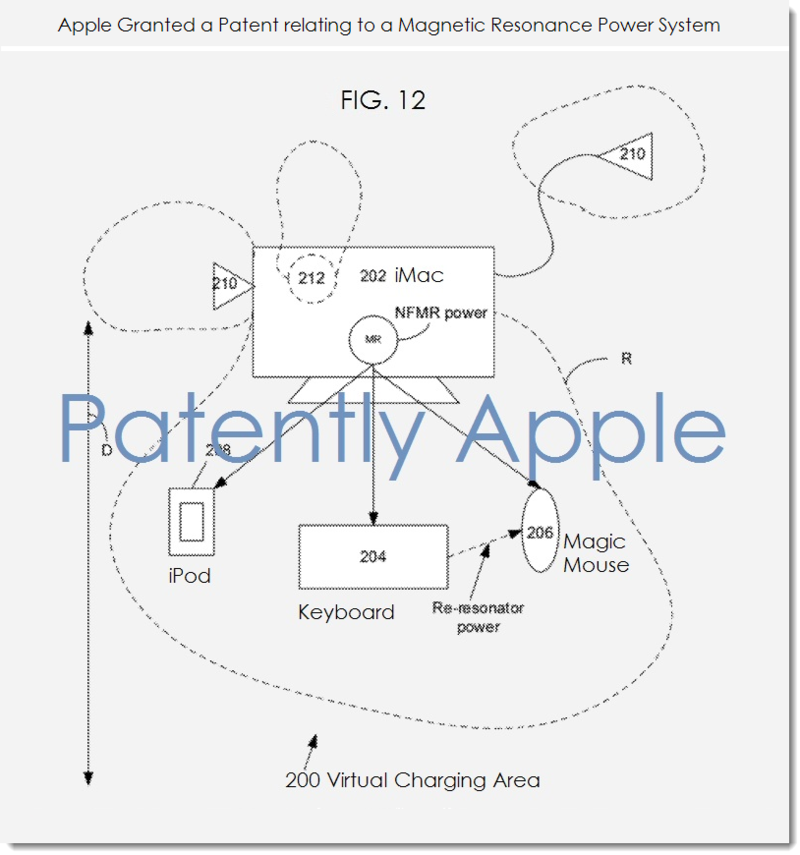 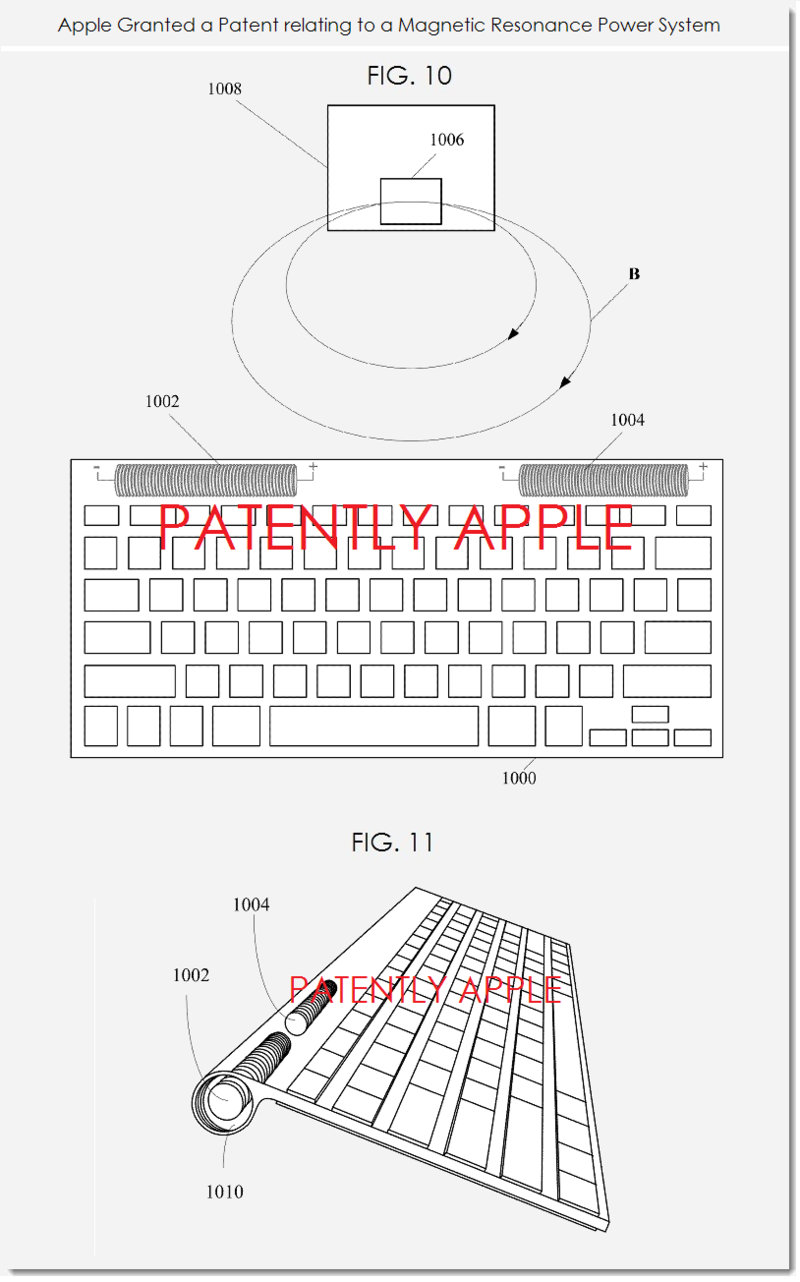 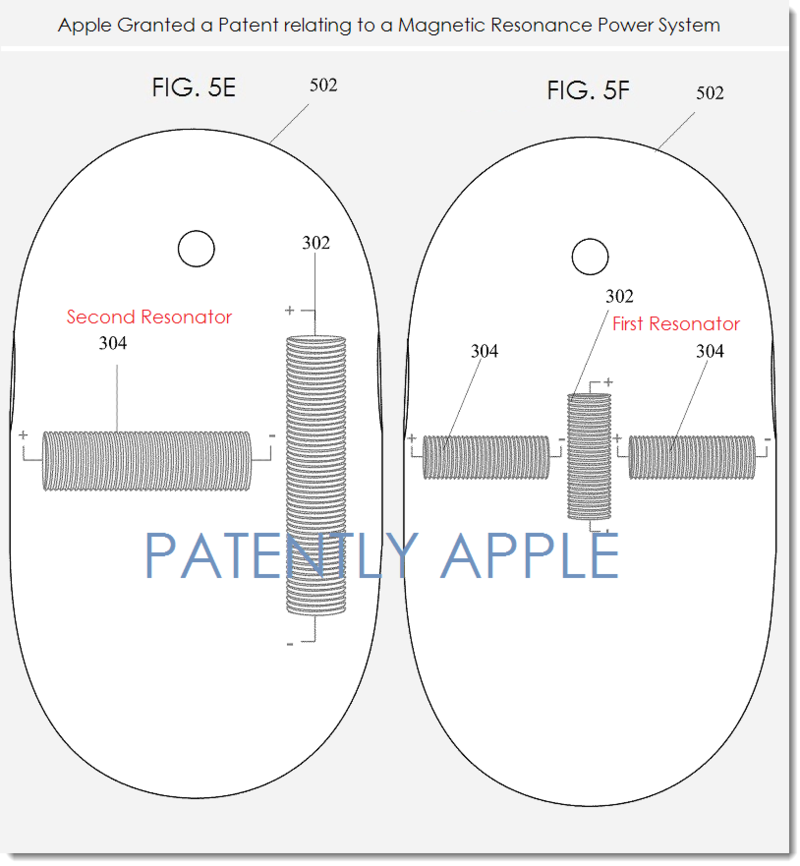 Apple credits Li-Quan Tan and David Amm as the inventors of granted patent 8,796,885 which was originally filed in Q2 2012 and published today by the US Patent and Trademark Office. Apple was granted a second patent relaing to magnetic resonance power under patent number 8,796,886.

You can review more details regarding this system in general by clicking on the links that we provided you with in our opening summary.