Apple fans in Switzerland will soon have their fourth Apple retail store. It was first reported on by MacPrime back in May 2013 that Apple had begun looking to fulfill job openings for their new upcoming store. It's being reported today that the new Apple Store will open this coming Saturday.

Germany's Apple fan site iFun reports that the store is located at Freie Strasse 47 4001 Basel. The old building that had lived at that location was demolished in 2013. Some of the first architectural drawings of the the coming Apple Store are noted below. Apple's new store as noted above matches up nicely. 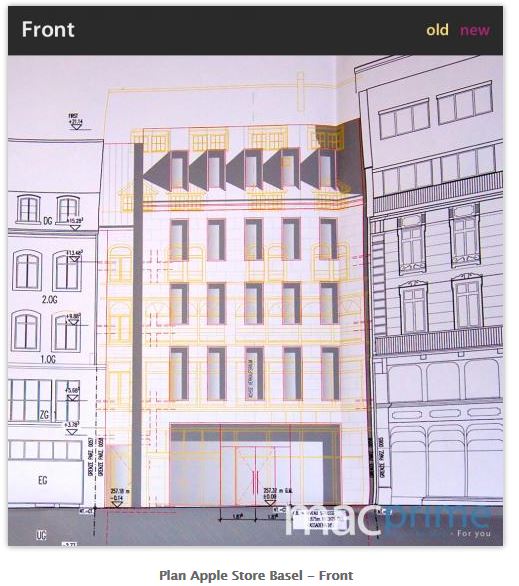 Basel is the third-largest city in Switzerland with a population of around 166,000. It is one of the country's cultural centers with numerous museums and theaters, including the Museum of Fine Arts, which offers the world's oldest art collection that is accessible to the public, according to Wikipedia.