Prior to iWatch, Apple revisits their Heart Rate Monitor Patent

Back in 2009 Patently Apple posted a report titled "Apple TV to Take Sporting Events to a Whole New Level" which covered a sophisticated heart rate monitor and other highly advanced sporting event based monitoring sensors. The technology that Apple acquired could one day be a part of a "Body Area Network" that was introduced by Dr. Topol back in 2010. While Apple slightly tweaked this patent in 2013, we see today that Apple has submitted a continuation to this crucial patent by changing only the patent claims, in fact, all of the patent claims. Apple's first patent and claims focused on a "Personal Items Network." Apple's latest patent application published today by USPTO carrying the same title, has a new set of patent claims focused on a communication module whereby two devices could be synced together. Considering that Apple has just released their developer HealthKit that is likely to be followed by a possible new health related device this fall, Apple revisiting this patent at this time is important to note. 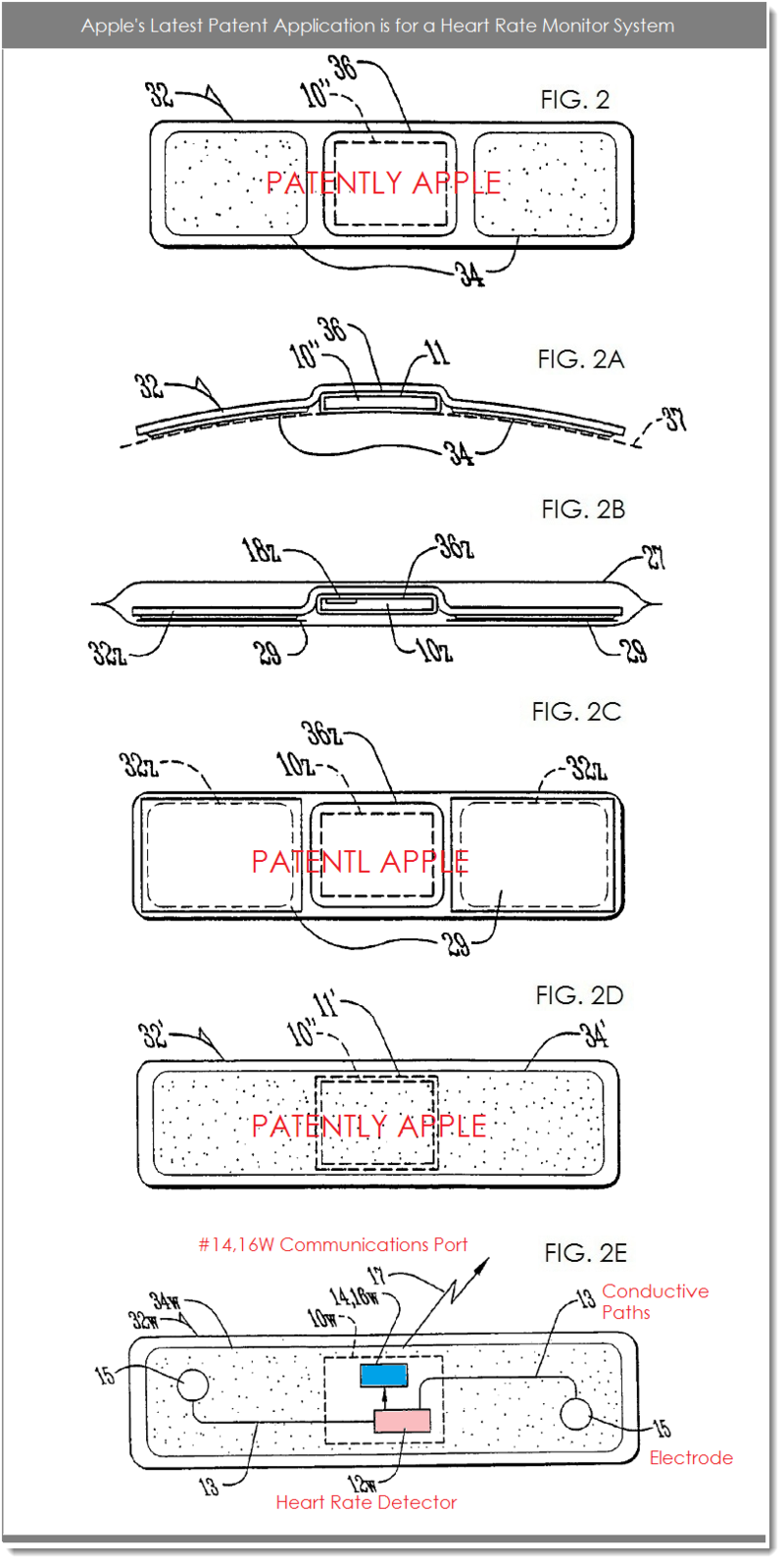 Although the heart rate monitor is noted here for an adhesive strip, the heart of the technology could be reapplied to a future device such as a wrist centric device, whatever Apple so decides to brand it.