On July 31, 2014, the US Patent & Trademark Office published a patent application from Apple that reveals new security control features for their future iWallet application. The new security system will work with an iPhone and Apple's iTunes Store on a Mac. The controls will allow parents to set boundaries for spending and track all purchases. Apple's patent also introduces us to the digital wallet processing engine. Last week a new rumor surfaced that discussed Apple's iWallet working with Visa's Digital Solutions sometime in the next year. Whether Apple's iWallet will make it to the iPhone 6 is unknown at this time.

With the growth of the popularity of consumer electronics, many consumers prefer to consolidate items of commerce into digital forms. However, current systems for making payments are insufficiently suited for integration with a digital experience using modern consumer electronic devices. Additionally, existing systems for transferring transactional instruments between users are lacking with respect digital integration, adoption, and convenience.

As electronic device usage grows among children, parents have a harder job of managing what their children have access to on those devices. Digital wallet applications allow users to manage their own tickets, passes and gift cards with one single interface. However, known methods of transferring those digital assets to children are lacking.

Additionally, there are many scenarios where a parent may want to send his kids to a movie or to shop at a particular store. However, simply providing children with cash and trusting they will use it as agreed upon is not always a good option. For example, the child might lose the money, have the money stolen from them, use the money for some other purpose that the parents do not approve of, etc. Consequently, there is a need for systems, computer-readable media, and methods for transferring digital assets to dependents and monitoring the dependent's activity with respect to the digital assets.

In some embodiments of the present invention, linking the dependent's account with the parent's account in the network-based storage platform involve creating a shared workspace in the network-based storage platform accessible by parent and the dependent. The parent can then transfer digital cards and digital assets to the shared workspace and the dependent can access the transferred assets while the parent maintains control. 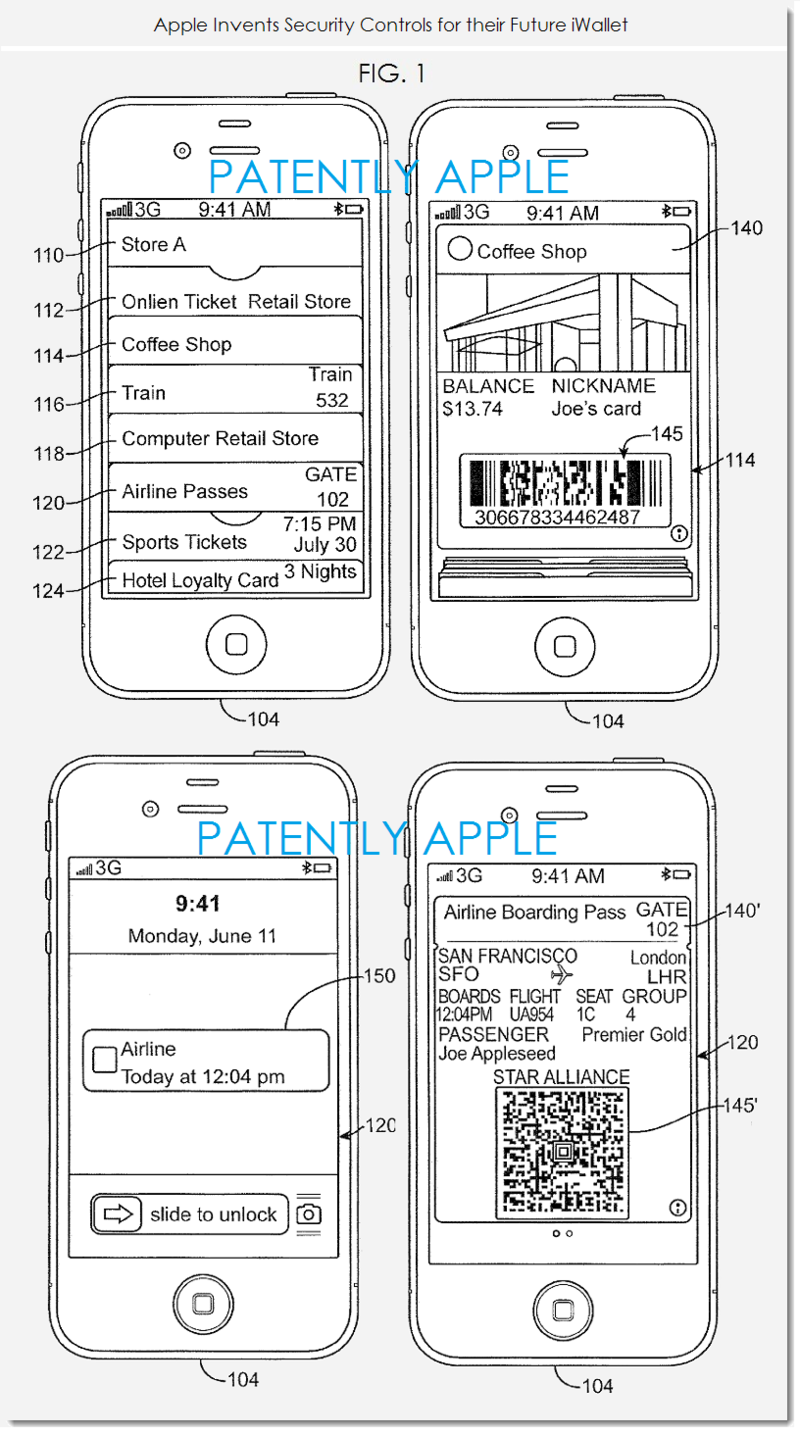 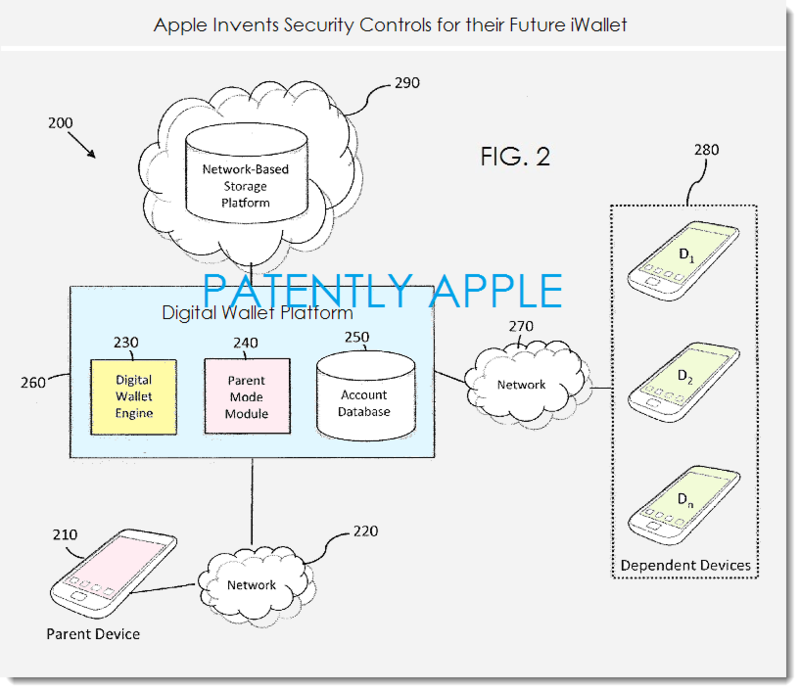 In Apple's patent FIG. 3 noted below we're able to see two exemplary Graphical User Interfaces (GUIs) for enabling a Parent Mode that's designed to allow the transfer and management of assets in a digital wallet application. You'll note that Apple once again is illustrating that their future iWallet will work in segment with iTunes. A 2012 patent application of Apple's was granted last year had noted that Apple would use iTunes for monitoring iWallet activities and transactions. 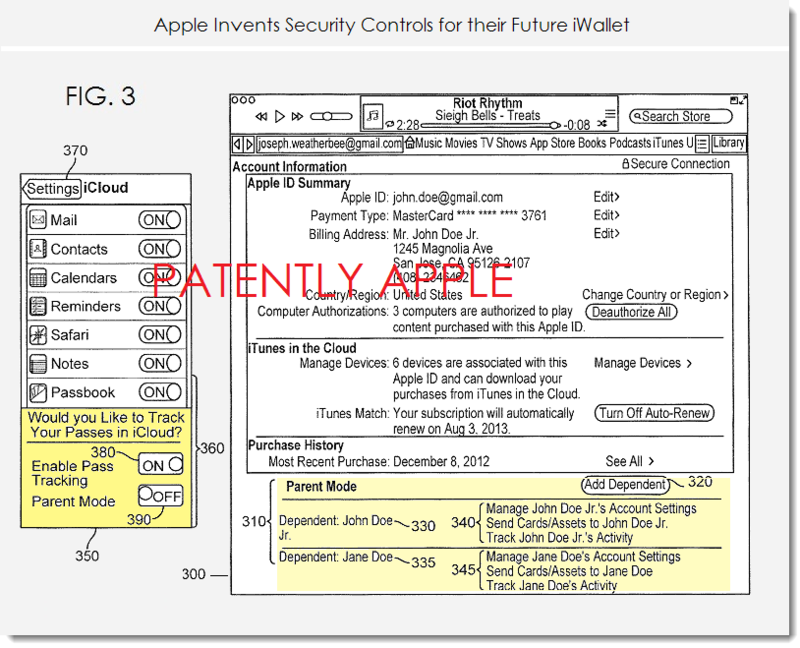 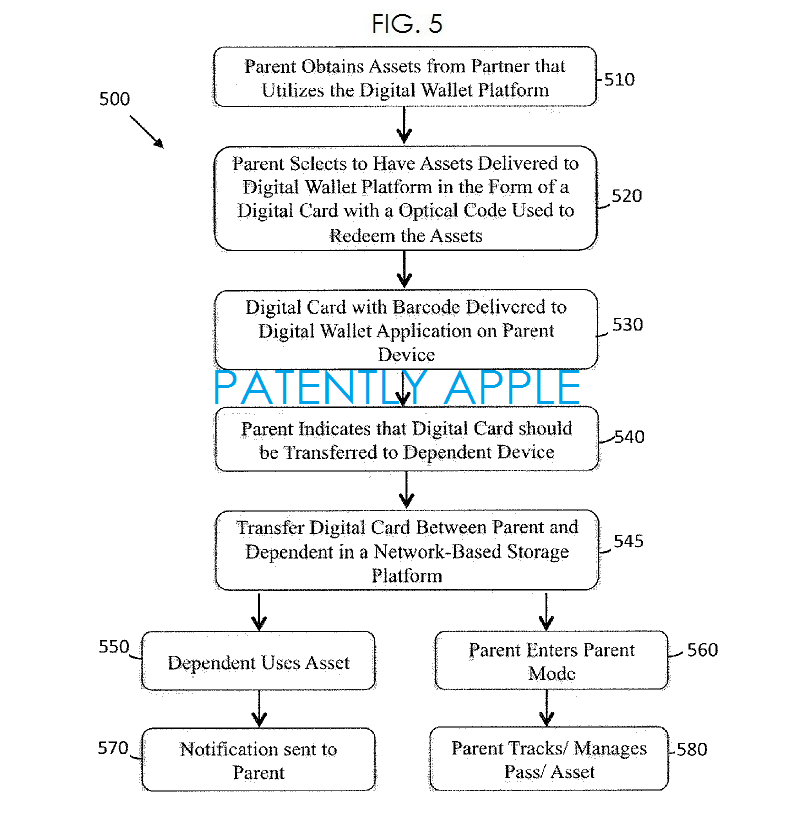 In some embodiments, turning the Parent Mode on causes the device to display another intermediate interface (noted as #725 below) that allows a parent to add a new dependent or manage existing dependents. Selecting to manage an existing dependent can cause the device to display a dependent wallet interface #730 that lists all of the dependent's digital cards and other information such as card balance, train number, flight number, etc. 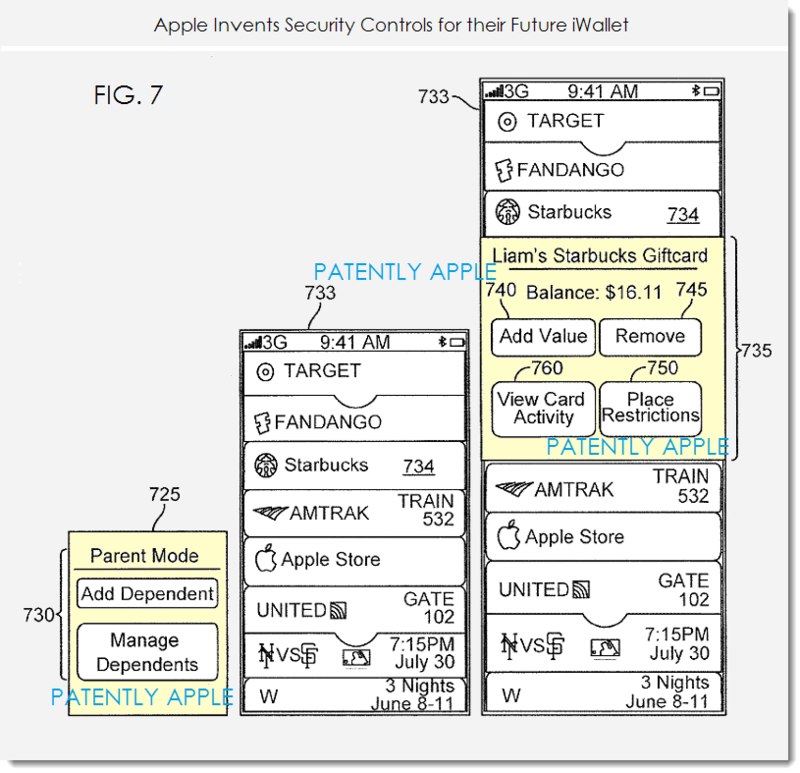 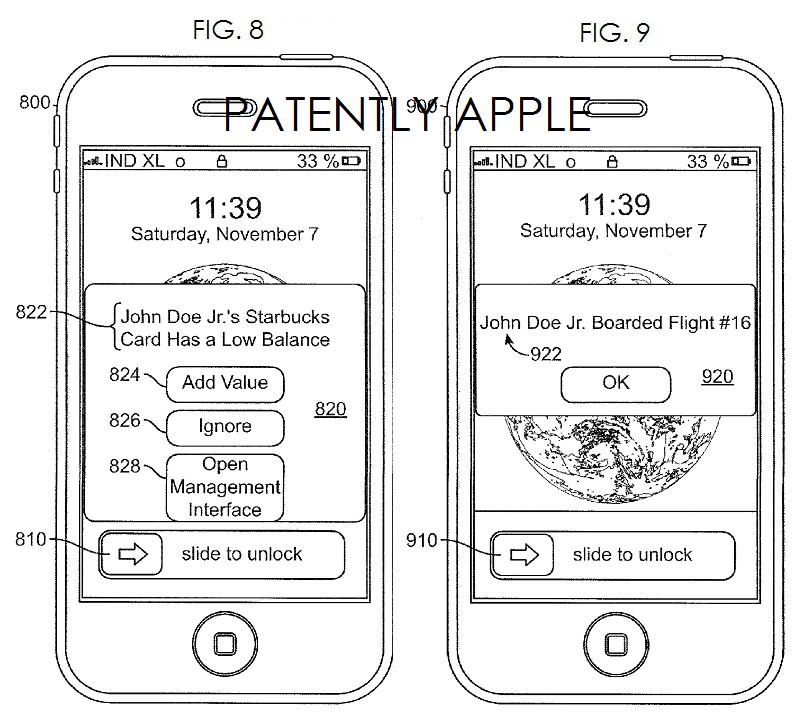 Apple credits Raghuveer Mallikarjunan and Wael Barakat as the inventors of this patent application which was originally filed in Q1 2013. Considering that this is a patent application, the timing of such a product to market is unknown at this time. For more iWallet patent information, see our Archives.