On July 10, 2014, the US Patent & Trademark Office published a patent application from Apple that reveals Apple's intent to reduce the number of openings at the bottom of an iPhone. The focus of this invention is to reinvent the audio jack port so that when a user isn't using the audio jack port, audio can be sent through that same port instead of a dedicated speaker. The new combination port may support a lightning connector.

Could this Relate to Apple's Lightning-based Audio Jack?

According to MacWorld UK, "The Lightning headphone module was first unveiled during a WWDC session for developers, titled 'Designing Accessories for iOS and OS X.'

During that session, Apple's manager of platform accessories, Robert Walsh, explained that there are several advantages of using the Lightning connector rather than the 3.5mm audio jack." 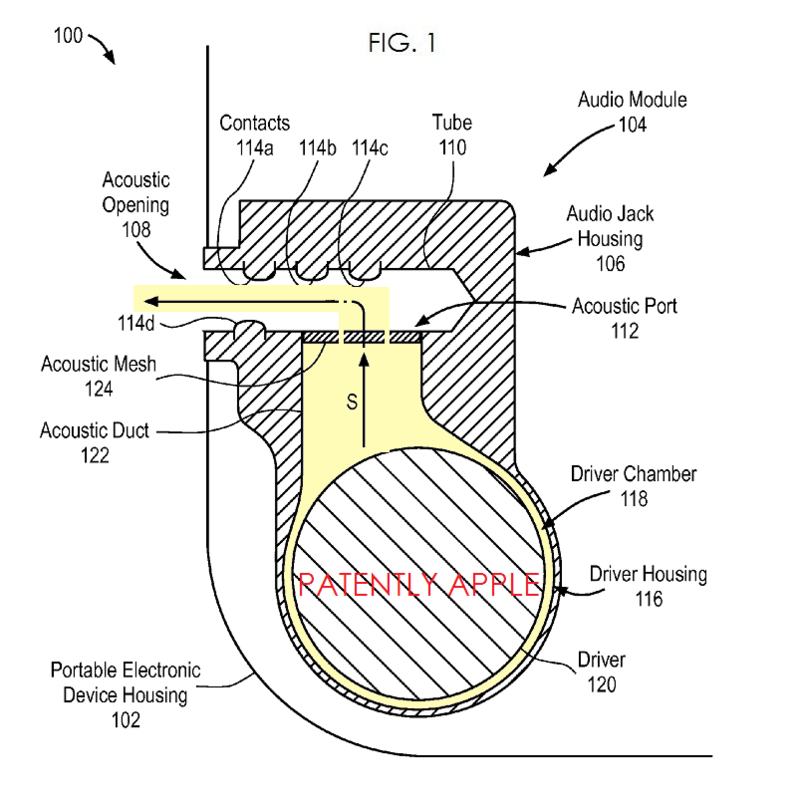 In Apple's patent FIG. 2 noted below we're able to see a perspective view of the combined audio jack and speaker module of FIG. 1. From this view, it can be seen that the audio jack housing #106 and driver housing #116 of audio module #104 can be made as one integrally formed structure which is a single unit, aside from cover #202. 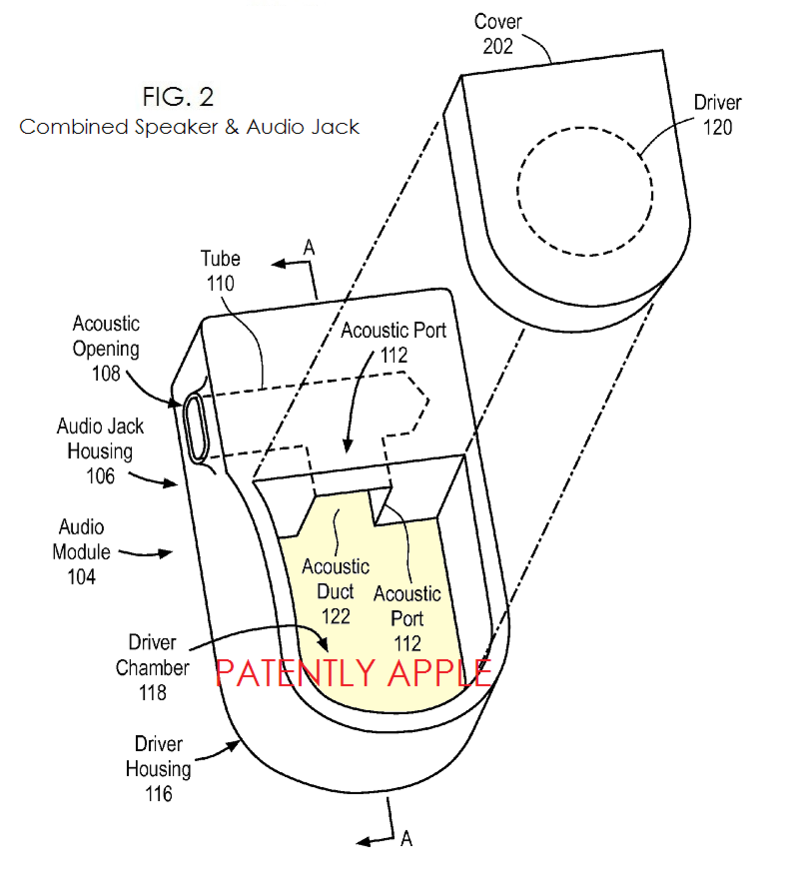 Combining a speaker and audio jack port is an evolutionary move on Apple's part because another patent filing of theirs that we recently covered illustrates that "Future iPhones may not Require External Audio Grilles" at all.

Apple credits John Raff as the sole inventor of patent application 20140193024 which was originally filed in Q 1 2013. Considering that this is a patent application, the timing of such a product to market is unknown at this time.