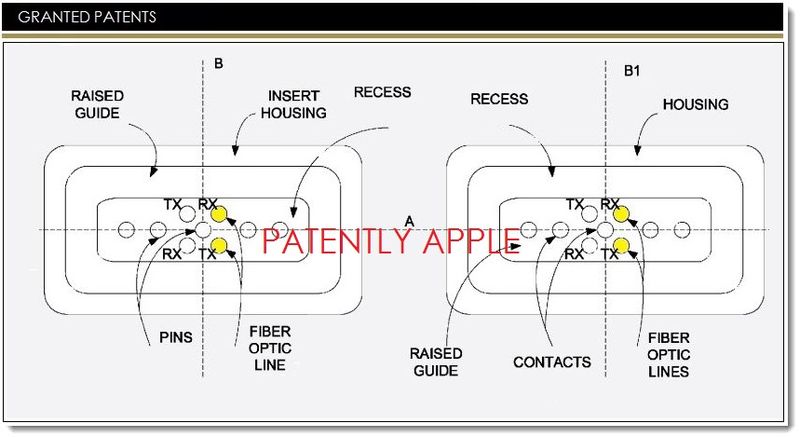 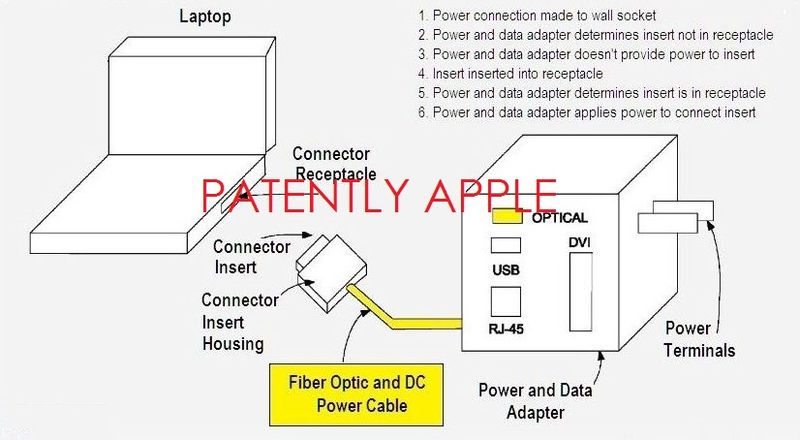 Patently Apple first covered this as a patent application back in December 2010 when it was in context with Light Peak which later became Thunderbolt. To review more of the patent's graphics see out original report.

Thunderbolt was co-developed by Apple & Intel. At the moment, it appears that the Canadian Intellectual Property Office is in the process of approving Thunderbolt as an Apple trademark. It's now in "Advertising" Phase. According to the Canadian patent office, "once approved by the Trademarks Examiner, the public is given notice of the mark by its being advertised in the Trademark Office's magazine." Thunderbolt began its advertising phase on July 02, 2014. Apple began to file trademark applications in 2011.

Apple credits John DiFonzo, Chris Ligtenberg and Michael Culbert as the inventors of granted patent 8,770,857 which was published today by the US Patent and Trademark Office. 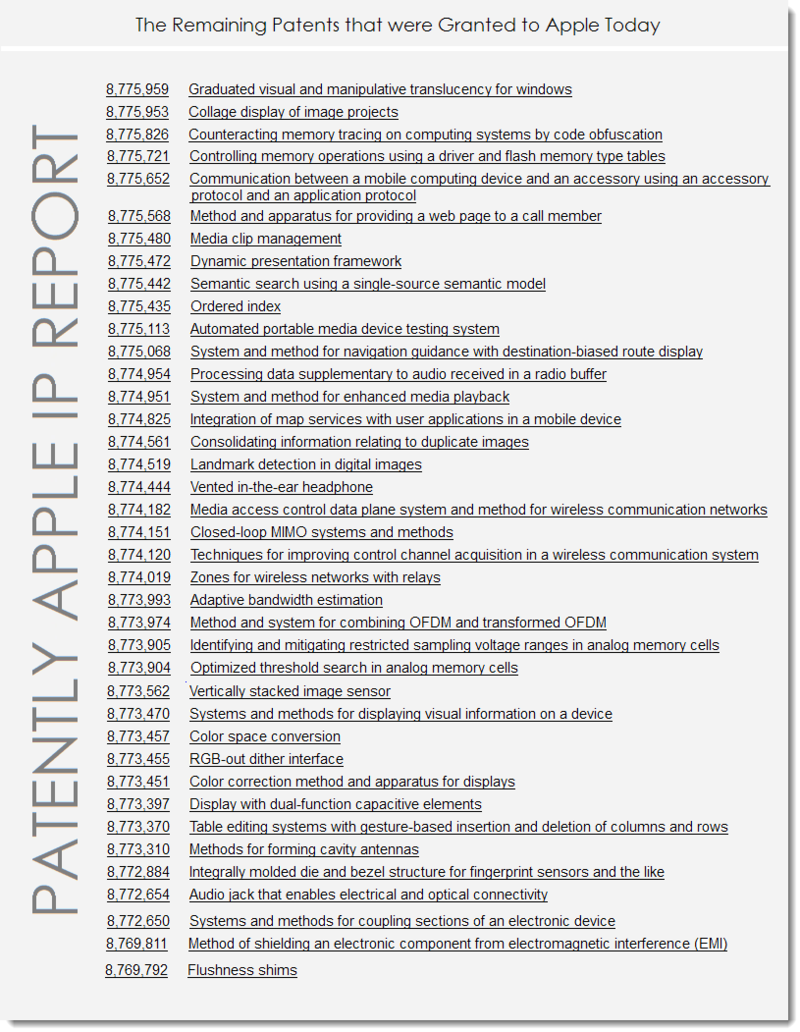