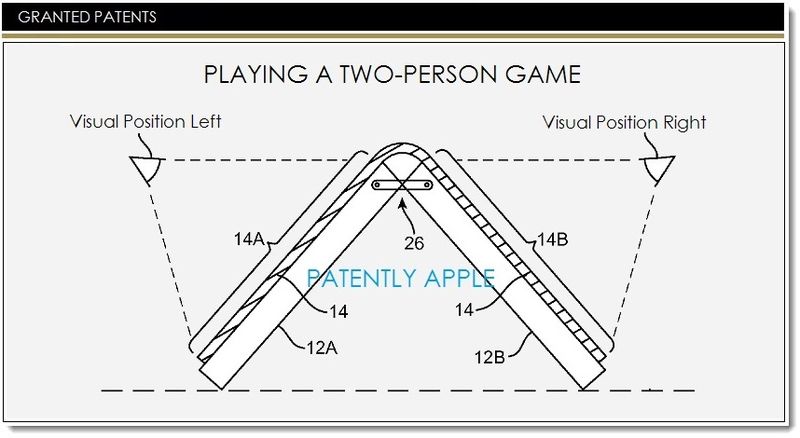 The US Patent and Trademark Office officially published a series of 40 newly granted patents for Apple Inc. today. In this particular report we cover a key patent for future flexible displays. We wrap up this week's granted patent report with our traditional listing of the remaining granted patents that were issued to Apple today.

Apple has been granted a patent today for their invention relating to electronic devices that may contain multiple housing portions coupled together using hinges. The hinges may be based on a three or four-bar linkage, hinges with slotted members, hinges formed from flexible support structures and hinges based on flexible housing structures.

One of the devices that this invention could apply to is a wristwatch which would be more sophisticated than the granted patent issued to Apple today for such a device.

Patently Apple was first to break the news of this invention back in January of this year in a report titled "Hidden Apple Patent for Flexible Display Devices Discovered." Check it out for more details and multiple graphics. 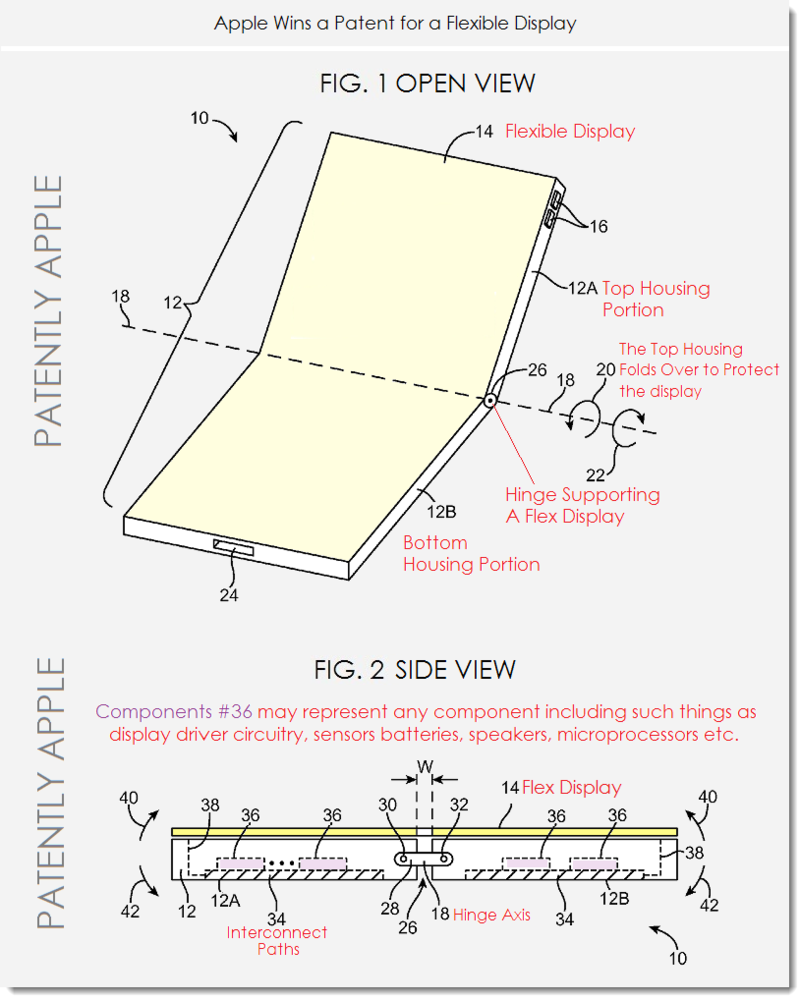 Apple credits Fletcher Rothkopf, Andrew Janis and Teodor Dabov as the inventors of granted patent 8,787,016 which was originally filed in Q1 2011 and published today by the US Patent and Trademark Office. 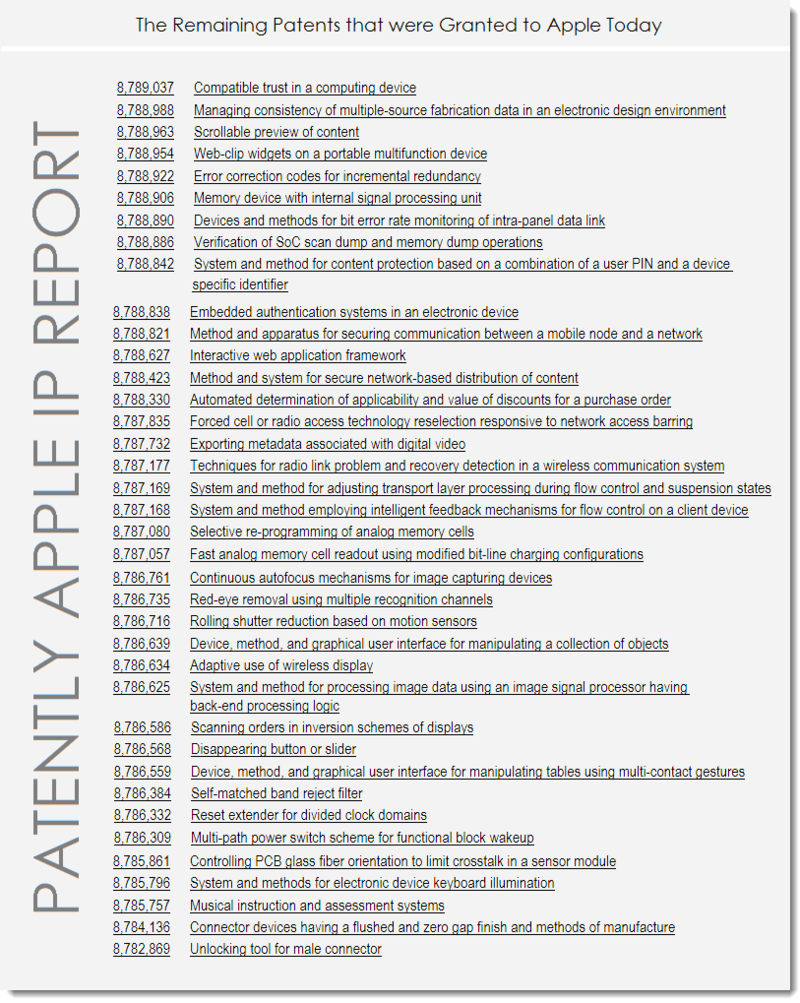