Only a few Apple inventions per week out of dozens filed present fresh ideas of things to come. Today we published an interesting one about future iWallet security features. Beyond this main invention, we noticed a few other inventions that might interest a few Apple fans. In March Apple was sued in a class action lawsuit by the blind and we pointed out how Apple has done more for the disabled than any other tech company. Then a report in July surfaced about how the disabled wanted Apple to do more for them. Today, two new inventions have come to light that will assist the disabled in different ways at some point in the future on both iDevices and Macs. Another hot topic of late has been the EU's blind attack on Apple regarding In-App transactions. Today a new patent application surfaces that covers the inner workings of Apple's In-App program. And lastly, another invention was published today covering more about Apple's Touch ID fingerprint enrollment feature. 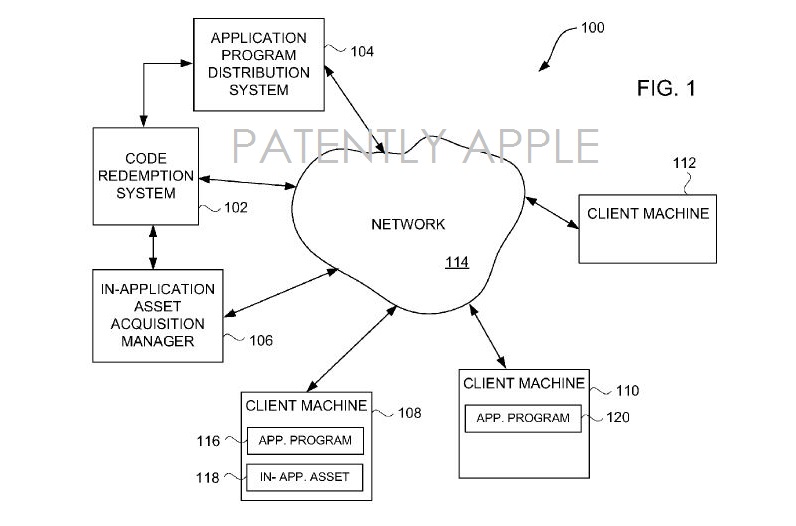 In our opening summary we linked to a report regarding the EU's blind attack. In that report we pointed to Apple's response to the EU Commision that covered a new iOS 8 feature coming this fall called "Ask to Buy" which will give parents control over applications that might contain in-app sales.

In this second patent application, we see that Apple's invention has been designed for those with low-vision, blind users, dyslexic users or others with learning disabilities, or even sighted users who simply want or need to use a device without looking at the device during operation can benefit from screen reading programs that audibly read text or describe items being displayed on the device. 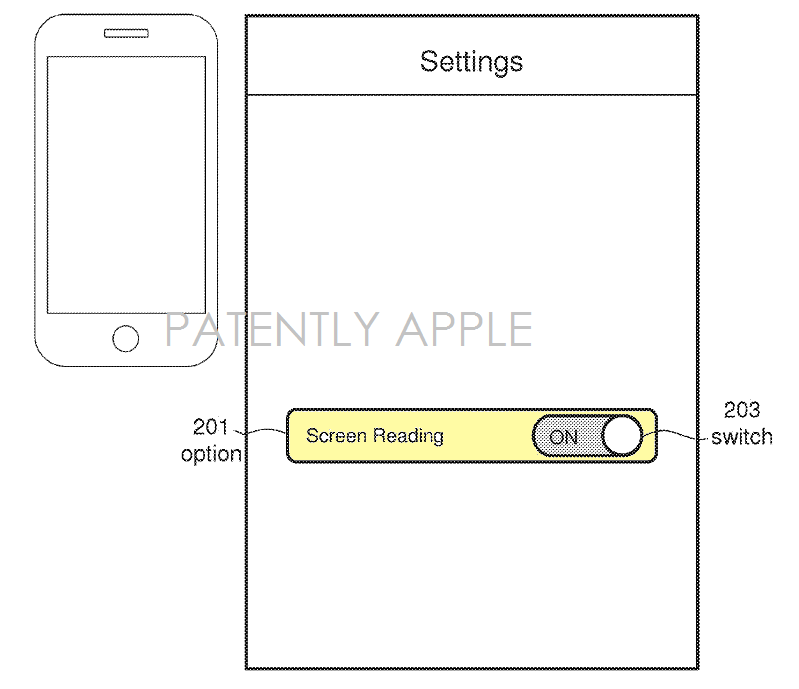 One example process can include receiving a request to activate the screen reading program and prompting the user to perform an action to confirm the request. The action can include a making swiping gesture, shaking the device, covering a proximity sensor, tapping a display, or the like. In some examples, the confirming action must be received within a time limit or the input can be ignored. For more on this invention, see Apple's patent.

In this third patent application, we see a second invention specifically for the handicapped which is titled "Interface Scanning for Disabled Users." One aspect of this system involves a process that can be used to navigate an array of application icons, a menu of options, a standard desktop or laptop operating system interface, or the like. The process can also be used to perform gestures on a touch-sensitive device or mouse and track pad gestures (e.g., flick, tap, or freehand gestures).

Last week we posted a report titled "A New Apple Patent Sheds More Light on the Mechanics of Touch ID." It was an original Authentec patent that was now under Apple's control discussing various aspects of the sensor behind Touch ID. Today's patent application that came to light originally flew under the radar and is now public. It's one of the patents regarding the Touch ID process of taking fingerprints from multiple angles to compose a complete fingerprint. This time around, the patent was filed by Apple engineers including Wayne Westerman who was behind most of Apple's touchscreen patents relating to the original iPhone and iPad. 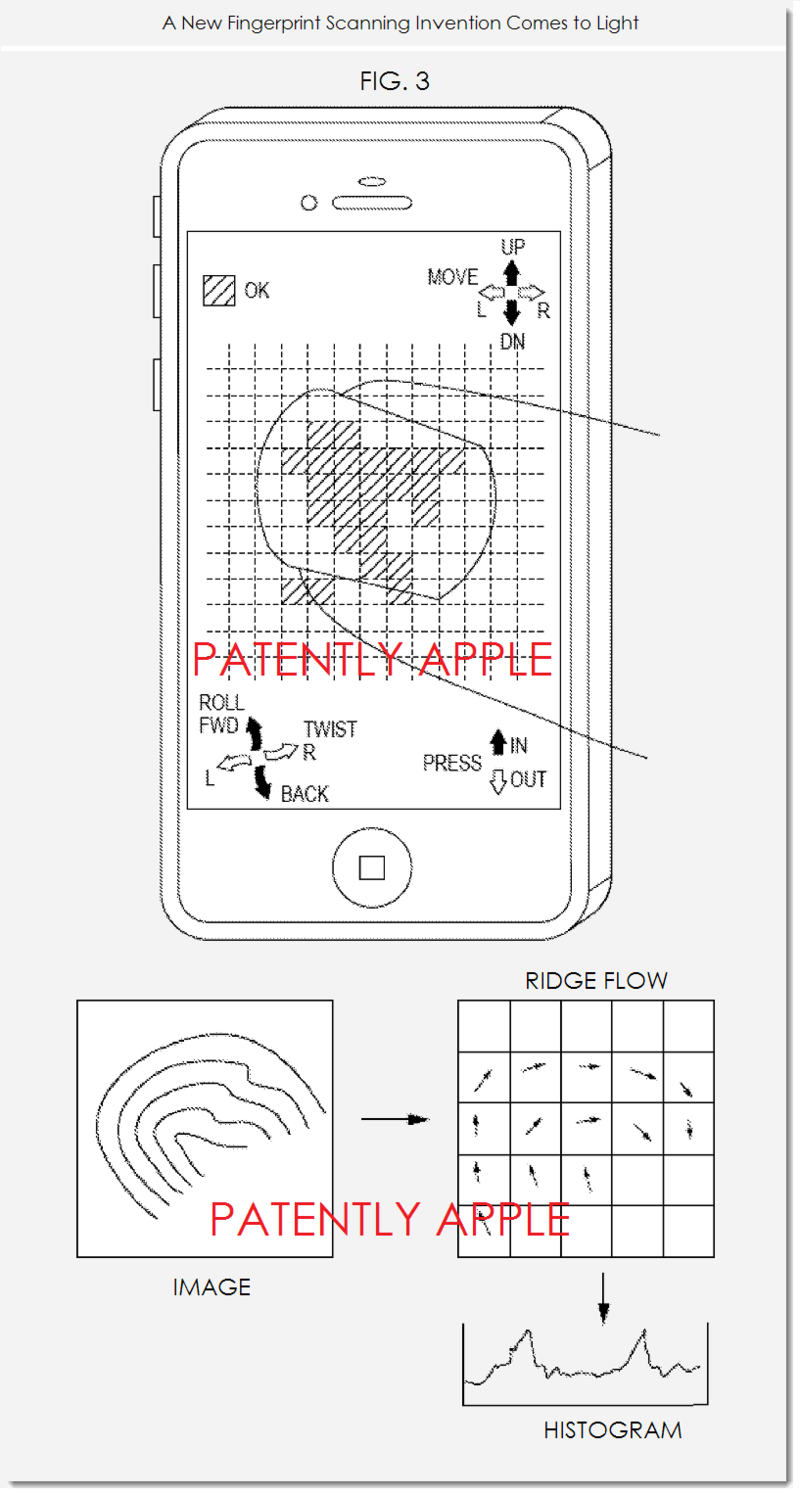 Oh one more thing. There's a patent report posted today by Cult of Mac about how music tech could push you harder in workouts. Sadly, the reporter is clueless. This is a continuation patent that was originally filed back in 2004. The reporter says it makes more sense with an iWatch which wasn't even on Apple's radar in 2004. This is not a new patent filing with new tech. It's an old patent with tweaked patent claims in the hopes of getting it granted.