Apple Continues to Trounce Samsung in Smartphone Sales in US

A new set of stats from a comScore report published today finds the latest trends in the U.S. smartphone industry for May 2014. According to comScore, Apple ranked as the top smartphone manufacturer with 41.9 percent OEM market share. While Google's Android took the overall lead with 52% market share, it's amazing that the Android Army couldn't score higher than 52%. Apple is doing an amazing job at retaining their market leadership as the number one OEM in the US. 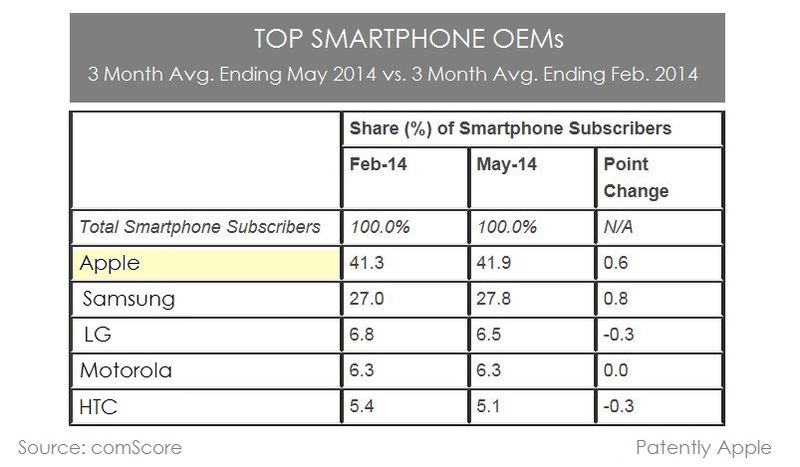 The key stats noted in today's comScore report are that 169 million people in the U.S. owned smartphones (70 percent mobile market penetration) during the three months ending in May, up 4 percent since February. Apple ranked as the top OEM with 41.9 percent of U.S. smartphone subscribers (up 0.6 percentage points from February). Samsung ranked second with a distant 27.8 percent market share, followed by LG with 6.5 percent, Motorola with 6.3 percent and HTC with 5.1 percent. For more stats, see comScore.