In 1991 Apple and IBM created the PowerPC alliance that included Motorola. They worked on a new OS called Taligent and a mobile OS called TalOS. The alliance never reached its dreams and Apple eventually went on to acquire NeXT Inc. and the rest is history. Today, a new chapter between these two companies has been announced. According to Apple's press release, "The new IBM MobileFirst for iOS solutions will be built in an exclusive collaboration that draws on the distinct strengths of each company.

The strength of "IBM's big data and analytics capabilities, with the power of more than 100,000 IBM industry and domain consultants and software developers behind it, fused with Apple's legendary consumer experience, hardware and software integration and developer platform. 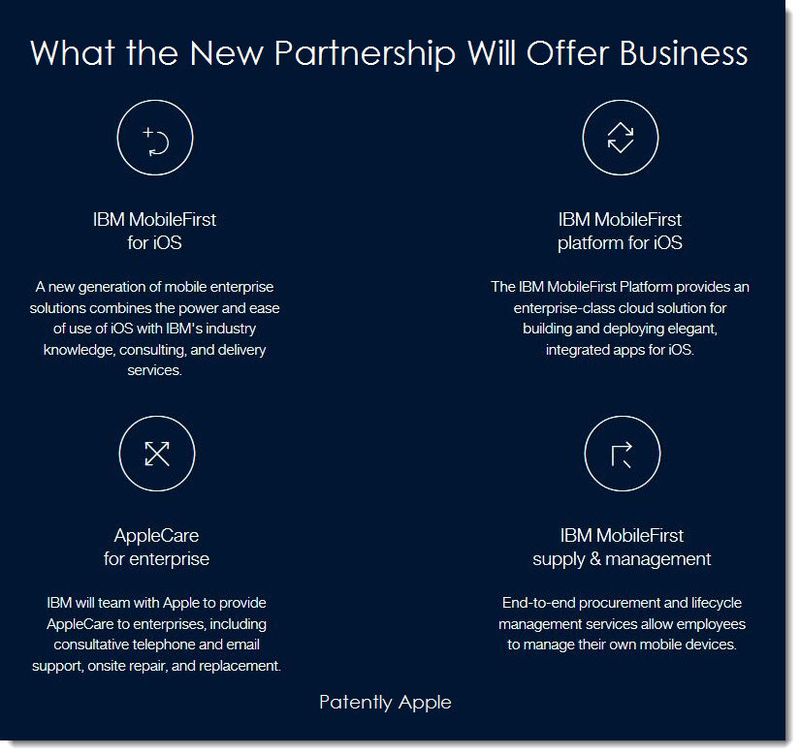 The combination will create apps that can transform specific aspects of how businesses and employees work using iPhone and iPad, allowing companies to achieve new levels of efficiency, effectiveness and customer satisfaction—faster and easier than ever before.

Apple further noted that "AppleCare for Enterprise will provide IT departments and end users with 24/7 assistance from Apple's award-winning customer support group, with on-site service delivered by IBM."

The Financial Times adds a great point to this developing story. "Although Apple says 98 percent of Fortune 500 companies already use its devices, the partnership is an acknowledgment that the consumer-focused company lacks the expertise and salesforce required to tackle large corporate customers. It also comes amid continuing criticism of Apple’s cloud services and will provide an extra fillip to the iPhone, where revenue growth has slowed in recent quarters.

Ginni Rometty, IBM’s chief executive, said she was 'delighted to be teaming with Apple, whose innovations have transformed our lives in ways we take for granted, but can’t imagine living without. Our alliance will bring the same kind of transformation to the way people work, industries operate and companies perform.'"

The rest of the full press release is presented below for easy access to it today and in the future. Simply click on the image below and depending on your browser, you may need to click a second time to see the press release in its full size. 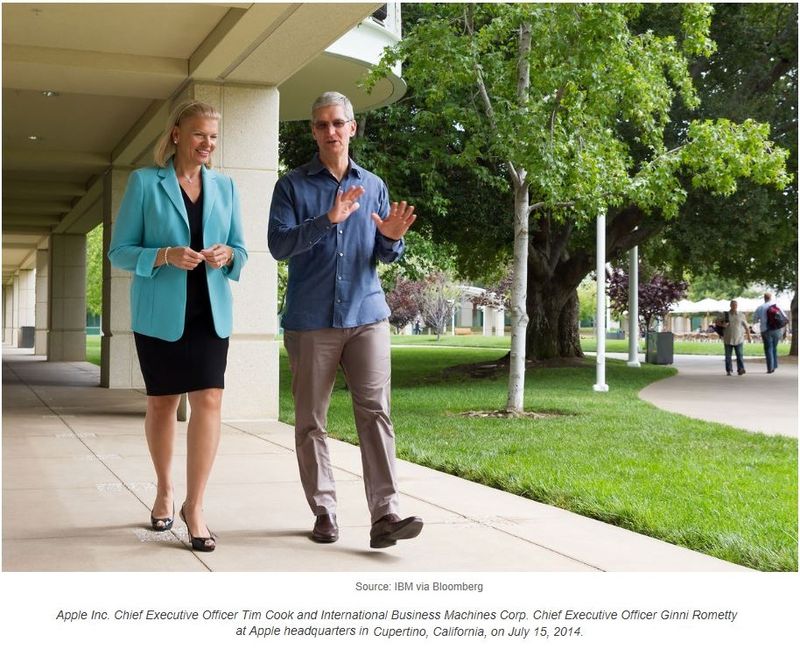