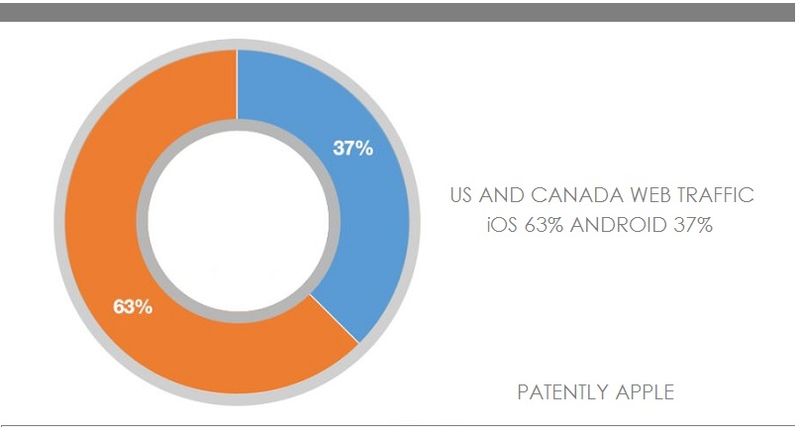 A new study by Chitika for June 2014 shows us that Apple's iOS trumped Android again when measuring web traffic in the US and Canada. It's another study to show that developers creating cool web apps should consider iOS first for the best return on their investment.

Within the Android community, Chitika showed that Samsung walked away with 56% of the web traffic within the overall 37% figure noted in our cover graphic from Chitika. So technically, we can view this as Apple 63% of web traffic and 18% for Samsung which is a crushing number.

Although Chitika noted that Android gained a percentage point or two for June, they admitted that "measuring these totals against those of iOS show that Apple still holds a sizable advantage within the U.S. and Canada overall."