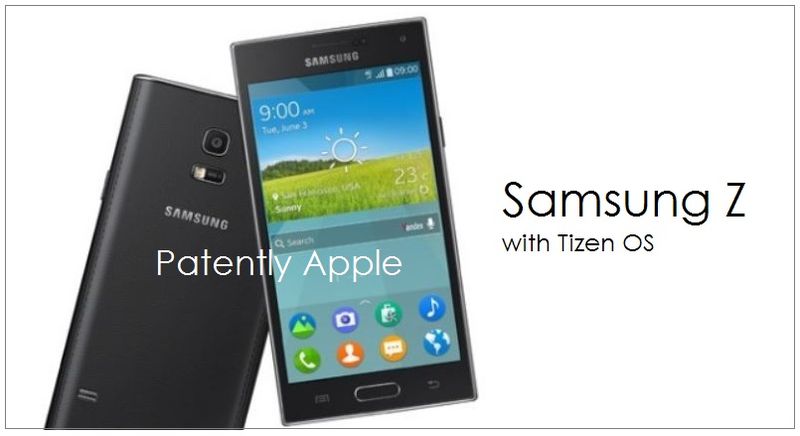 After dropping the ball in delivering a Tizen OS based smartphone in February, Samsung boldly announced that they would finally deliver it in Q3. Earlier this week Samsung Electronics disclosed the Samsung Z at the Tizen Developer Conference 2014 which was held in San Francisco from June 2 to 4 running right into Apple's WWDC. The new Samsung Z will feature a 4.8-inch HD Super AMOLED screen and a 2.3-GHz Quad-core processor. Our report presents you with a video showing the basic look of the Tizen OS user interface that will extend to Samsung smart TV's in the next year or so.

The new Samsung Z smartphone OS was developed with help of Intel Corp. dating back to 2011. This smartphone model ensures seamless reproduction of not only 2D but also 3D contents. Compared to existing smartphones, the Samsung Z is designed to reduce the turn-on time and ensure smooth multitasking. It is also mounted with a fingerprint recognition sensor.

After starting the sales of the Samsung Z first in Russia from the third quarter of this year, Samsung Electronics plans to expand the sales outlets in other countries systematically.

In February we posted a report titled "Nokia Declares War on Samsung with Exciting New Android Smartphones at Stunning Prices." The report focused on Nokia's new X-family of smartphones that are out to challenge Samsung for the mid-market in emerging markets. The new Samsung Z is likely their response to that threat. Below is a video showcasing the first version of the Tizen OS GUI for smartphones.

Samsung also revealed at the Tizen Developer Conference that they would be bringing Tizen OS to their Smart TV product line in future. You could see a basic demo of that here. Samsung first introduced the basics of the Tizen operating system with their Gear 2 smartwatch that launched in February.