Samsung Electronics filed or bought the largest number of patents for chips, smart media and smartphones throughout last year, Thomson Reuters said Monday. This is quite contrary to the Androider's myth that Apple is the biggest patent filer. In fact, Apple didn't even make the top five patent filers globally and more importantly didn't make the top ten in the key area of mobile telephony.

According to the report, Samsung filed 2,179 patents for mobile phones, 1,362 for chips and 245 for smart media-related items, becoming the most active among its international peers.

"In today's converged trend, barriers between hardware and software-initiated content are blurring. It is causing Samsung to invest in small start-ups that hold valued patent portfolios which are necessary to its key businesses," said one source that is familiar with the firm's patent strategies.

As noted below, the Thompson Reuters report noted that there were twelve key areas of technology where patent assignment was the highest in 2013. 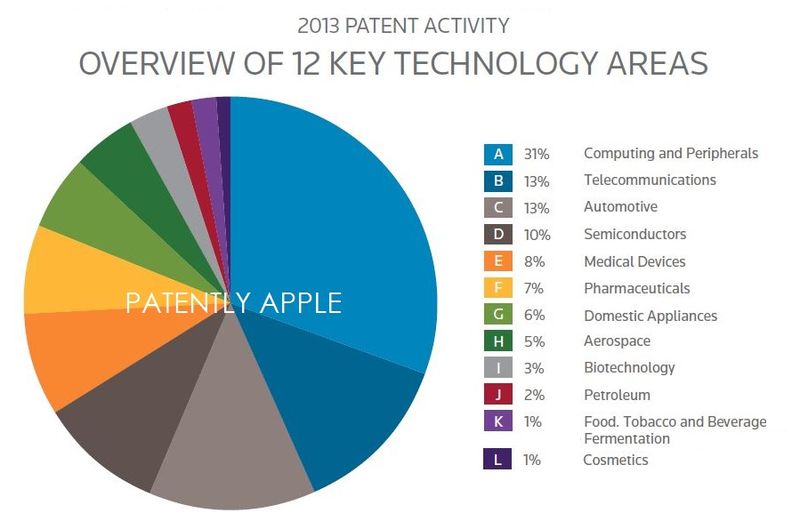 Apple was clearly indicated in the report in a few key areas, with their highest ranking shown to be found under the category of "Mobile Telephony" as noted below. While Apple is seen as ranking fourth in North America's top 10 assignees with 647 patents filed, they actually ranked twelfth globally. Samsung ranked number one in Asia and was the global leader for filing mobile telephony patents with 2,179 or 3.3 times more than what Apple filed. 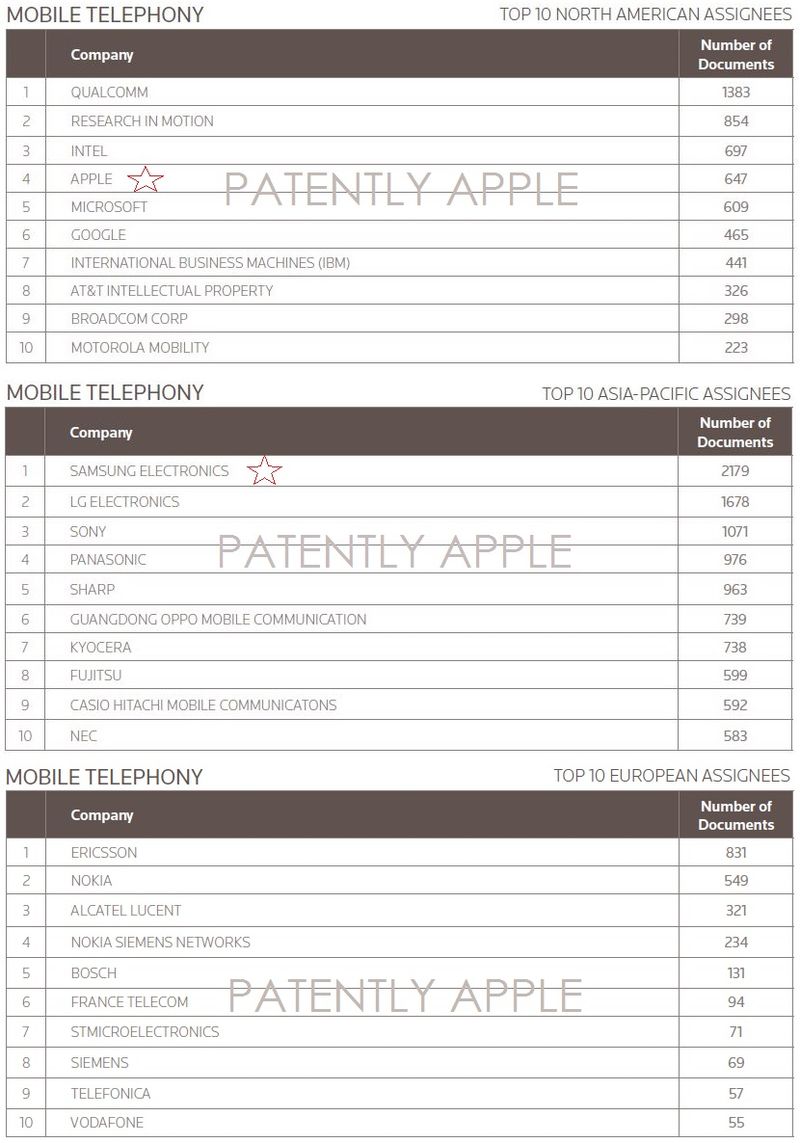 The report also noted that in the U.S., noteworthy changes came into play in 2013 which included the official launch of the first-to-file movement (which took effect in September 2013 as part of the America Invents Act) and legislation to decrease costly litigation primarily originating from non-practicing entities, NPEs (as part of the Innovation Act).

The latter movement addresses the concern that suits brought by these NPEs have increased from 29% to 62% of all infringement suits in the two year period from July 2011 – July 2013. The concern is that the explosion in litigation could have a dampening effect on innovation and divert could-be R&D dollars to costly litigation.

On a last note, despite the ever-evolving patent landscape, the confidence in patents as a benchmark for innovation remains strong. According to Bruce Nolop, chief financial officer, Pitney Bowes Inc., "Patents produce higher and more certain investment returns from innovation, effectively ensuring and magnifying the first-mover advantage and helping to justify sustained investments in research and development.