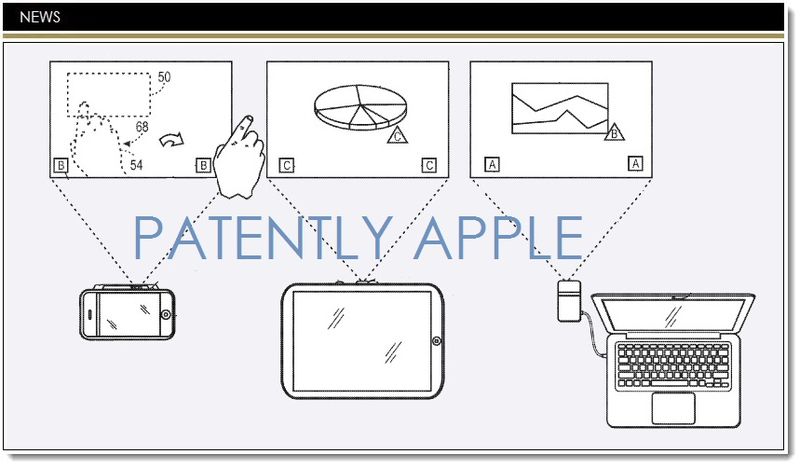 Apple has a number of patent applications on record regarding future mobile devices having pico-like projectors integrated into them for use in business or school presentations. Our noted cover graphic illustrating a projector feature is from a 2011 patent filing. In 2010 we were presented with Apple's patent pending invention for a future MacBook with a built-in projector and last year Apple was granted a patent for a Mac mini-like computer with a built-in projector which was described as a "desk-free computer." Today these pico-like projectors remain bulky, especially for iDevice integration. But a new technology that's just around the corner may change all of that.

A secretive company that is based out of Carlsbad California has been working on a number of projects over the last nine years and their latest one will be coming to market in 2015. According to reports, one chipset, small enough to fit into a smartphone, will be capable of projecting video on a surface with a 48-inch diagonal with sharp crisp graphics. 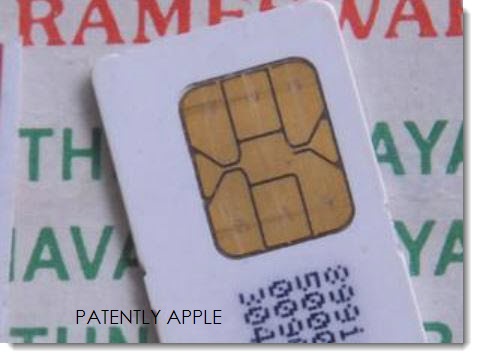 The Ostendo Quantum Photonic Imager combines an image processor with a wafer containing radically miniaturized light-emitting diodes (LEDs). Ostendo's chief executive and founder, Hussein S El-Ghoroury recently stated that while the first iteration of the chip will only project 2-D videos, their the next version which would follow soon afterwards would feature a unique holographic capability.

The company's follow-up product is where the buzz is likely to have a huge impact if they actually pull it off. The company is claiming to have a new chip that will allow your smartphone to project 3D holograms into thin-air. If you weren't aware of it, Apple has a patent application on a 3D holographic projection on record – though it wasn't aimed at smartphones or wearable computers as the Ostendo invention is today.

Ostendo's miniature projectors are designed to emit crisp videos and glasses-free 3-D images for smartphones and giant screens. The projector is roughly the size of a Tic Tac powered by a computer chip that can control the color, brightness and angle of each beam of light across one million pixels.

The technology fuses an image processor with a wafer containing micro light-emitting diodes, or LEDs, alongside software that helps the unit properly render images.

According to Ramesh Raskar, an associate professor at MIT, who is working on 3D displays, is on record stating that "Ostendo's advantage and key to its 3D capability is its resolution. The Retina display on Apple's iPhone, for example, has about 300 dpi while Ostendo's chips are at about 5,000 dpi."

Ostendo, which says it has several opportunities with major handset manufacturers, expects the first 2D projector units to roll out in smartphone early summer 2015 which will only have a diameter that is equal to the camera on the iPhone. By Christmas 2015 Ostendo expects their 3D version to come to market.

However, Ostendo admitted that there's still a little work left to do on the 3D model, which like any breakthrough project, could delay it if the kinks can't be worked out in time.

The Company's CEO said that their ultimate vision is to have Ostendo's chips everywhere electronic displays are needed, whether it's is a glasses-free 3D TV, a smartwatch, or tables that can project hologram-like images like the one below.

Although Apple's iPhone has been mentioned in various reports regarding this technology, it's unknown at this time if Apple will end up being one of the "major handset manufacturers" that Ostendo referred to as bringing this to market next year.

At the moment Apple has a few focused patents on projection technology and with their acquisition of PrimeSense, a high-end 3D technology company earlier this year – we know that Apple has something in mind for 3D technology down the road. In the near future new 3D PrimeSense camera technology is set to appear in new Google smartphones based on project Tango which will introduce 3D cameras.

There's a slim chance that Apple could be on Ostendo's short list of handset OEM's bringing this technology to smartphones in 2015 – though something tells me that if it were on Apple's agenda, they would have demanded an exclusive deal. I don't think Apple would jump on Ostendo's me-too bandwagon – though you never know.

Yet with companies like Samsung looking for a breakthrough technology to wow consumers with for their inferior tablets, this could be it. Whether such a move would eventually force Apple's hand to match the technology is unknown at this time

A recent Samsung patent application that our Patently Mobile IP site is working on today shows us that Samsung is working on a 3D holographic-styled technology. So the race is on 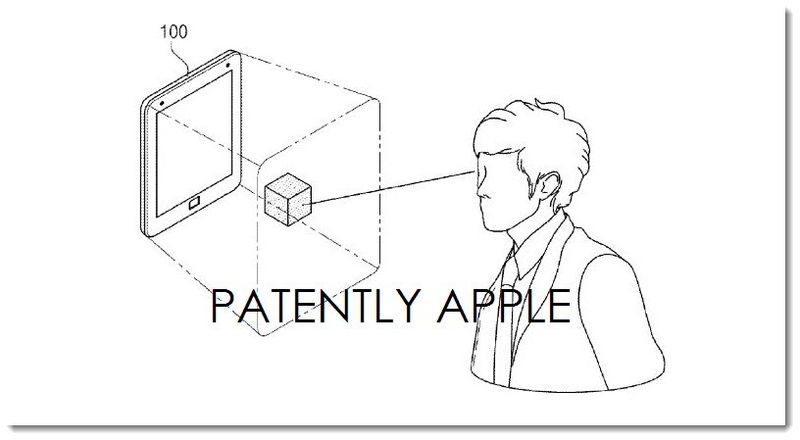 In closing, Ostendo's CEO predicted that people's relationship with technology due to their 3D technology will change and breed a new wave of business opportunities on a scale equal to the introduction of the iPhone.

I'm sure that every big dreamer in techland has dreams of having a product introduction equal to the scale of the original 2007 iPhone. Whether that will ever come to pass for Ostendo's 3D holographic technology is another matter. Though on paper, it sounds promising, very promising.

Whether Apple joins Ostendo or takes a different route to delivering this technology on future iDevices is unknown at this time but we at least have an idea now as to when this kind of technology will begin to roll out to market. .

Beyond projection technology, Ostendo has also been working on a cool 48 inch curved display as noted below. One can only imagine Apple introducing a next-gen Thunderbolt display in such form factor. Then again, Jony Ive would probably shoot it down for not being flat (Ha!). 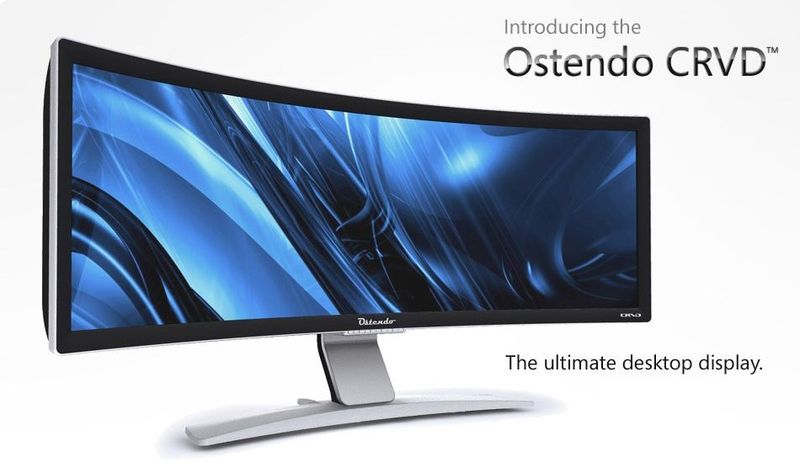