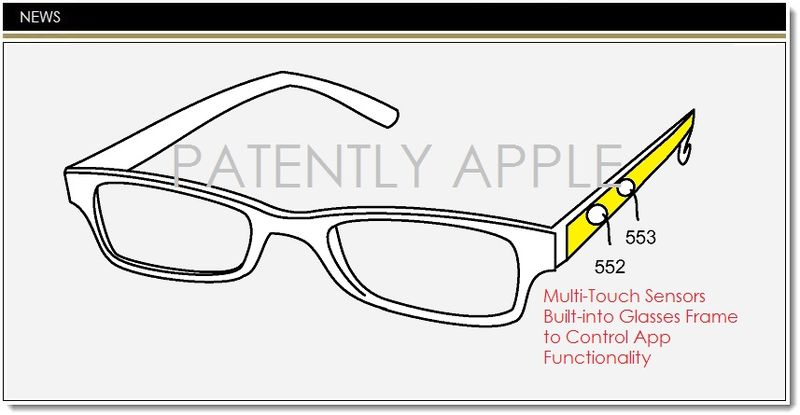 At the moment it doesn't appear that Apple has any interest in challenging the Google Glass product any time soon, which leaves Microsoft as the only one left that could put some serious pressure on Google in the next year or so. Last week a new Microsoft patent came to light at the US Patent Office describing Microsoft's ambitious invention of building a Glass product focused on new multitouch sensor technology.

It was revealed a little over a year ago that Microsoft was exploring a Google-Glass like product for recording live events via their "Life Streaming" technology that included a software app called "Lifecam Director." Last week the US Patent and Trademark Office published a patent application from Microsoft relating to smart glasses that resemble more traditional styled glasses.

Microsoft's patent pending invention focuses on multi-touch interactions with various sensors built-into different parts of their glasses be it the side arms (as noted in our cover graphic), or the front frame or the Nose Bridge area and so forth. Depending on the application that you're running, there'll be differing areas of the glasses frame that you'll interact with so as to control functionality. For instance, touching the side frame of your glasses could raise or lower the volume on your TV.

Microsoft also envisions using biometric sensors extensively starting with user ID through to warning you that you're running a fever. With Google likely to take the lead in the area of smart glasses later this year, Microsoft has to hustle to get this to market sometime in 2015.

It's a known fact that Microsoft's new CEO Satya Nadella has pointed to the company working with a variety of sensors for future devices and today's report clearly shows you that their sensor driven glasses could be a great way for Nadella to build on his vision.

Below you'll find a picture of smart glasses, like the kind Microsoft envisions, already being used by students to cheat on their final exams in China. You have to be impressed by the micro architecture found in the glasses that a student built. If anything, it proves that smart glasses from Microsoft could become a reality sooner rather than later. 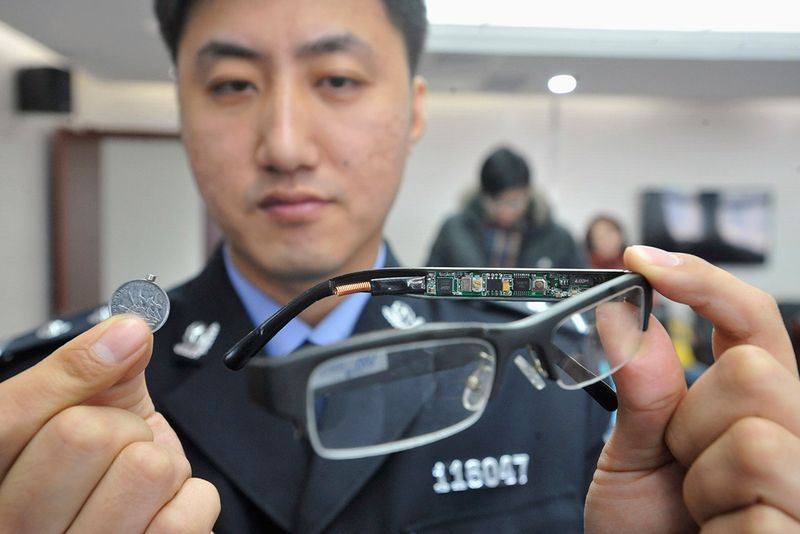