On May 20 we posted a report titled "Microsoft's New Surface Pro 3 Thinks it's a Notebook." We noted in our report that Microsoft's Corporate VP for Surface, Panos Panay, tried to make the case that the new Surface 3 was a better notebook than Apple's MacBook Air. That's when his presentation derailed for me but Panay is still stuck in that gear, if not obsessed with MacBook Air owners. In fact, he's now got Microsoft making you an offer that you can't refuse. Some will see this as a once in a lifetime deal while others will simply laugh it off. Either way, the deal is now on the table.

According to a new Times report, "Microsoft is once again throwing huge sums of money at customers to try to convince them to buy its products. The company is offering up to $650 toward the purchase of its new Surface Pro 3 to customers that trade in a MacBook Air that's in decent condition.

The deal, which runs through July 31, is only available in Microsoft's physical retail stores. There were 83 Microsoft stores as of December 2013, with a minimum of 11 more as of the end of May 2014.

The Surface Pro 3 has been billed by Microsoft as a true laptop-tablet hybrid. That Microsoft is targeting the MacBook Air rather than the iPad with the new promotion indicates the company believes its new product can go toe-to-toe with laptops in terms of functionality. 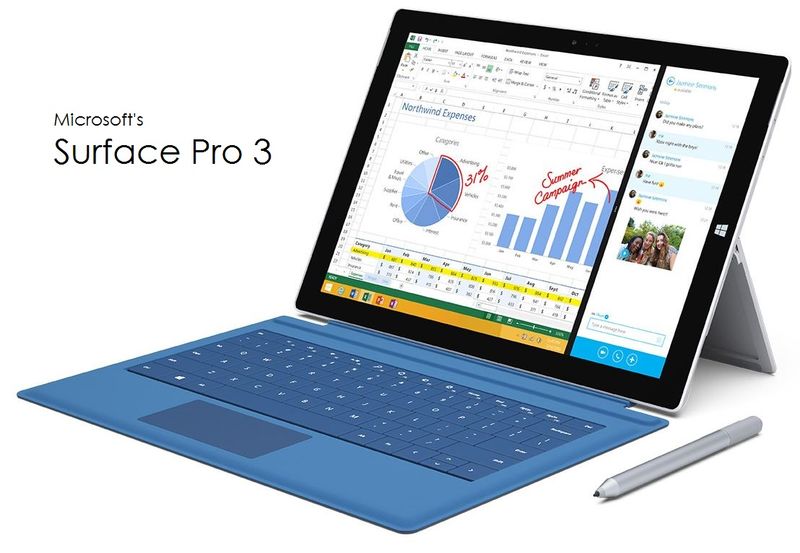 Even in the best-case scenario where a customer gets the full $650 deal (the actual discount depends on the model of MacBook and its working condition), the cheapest model of the Surface Pro 3, at $799, will still require $150 out of pocket. MacBook Airs start a bit pricier at $899, but the base model has 128GB of internal memory compared to the entry-level Surface Pro 3's 64GB.

In our May report I stated that the Surface 3's form factor was the Frankenstein of notebooks - and I still think it's an odd looking device even after checking it out this past weekend at Best Buy. I get that Microsoft is trying to market their new Surface 3 as a next generation notebook – and yet it just never rings true when you're standing in front of it. It always feels like you're working with a tablet that's trying its very best to something that it isn't.

At the end of the day, the MacBook Air is the notebook to beat and even Microsoft knows that. Today, students, business professionals, journalists and consumers alike prefer the feel of a real notebook over an odd-ball tablet that thinks it's a notebook due to a kickstand that looks chintzy.

Yet if you were once a Windows guy and can work in two environments (Mac and PC) seamlessly, then the deal that Microsoft is now offering just might be too good for you to pass on. If Microsoft wants to buy back your business that badly from Apple, then why not take advantage of it. It is in fact an advanced tablet. Just forget their twist that it's a notebook.

As for die-hard Apple fans, the deal is simply something to laugh at knowing that the MacBook Air is the envy of the industry. But you have to give Microsoft points for at least trying. Some will see it as a gutsy move on their part while others will see it as yet another delusional move by Microsoft. Take your pick.