Today, an Apple patent application regarding an Electro-Active Polymer Actuator also known as an artificial muscle came to light. While Apple's camera based invention is to replace older styled mechanical actuators, a new technology is around the corner that will do one better. A European report published today states that a small, low-powered camera component made from a "smart glass" material has been created by a group of researchers in Europe, with the hope of inspiring the next generation of smartphone cameras.

The report enthusiastically revealed that the newly developed micro-iris is an electro-chemical equivalent to the bulky, mechanical blades that are usually found in cameras and has very low power consumption, making it an ideal component for a wide-range of camera-integrated consumer devices.

Traditionally, cameras have contained a set of overlapping blades that are mechanically moved to change the size of the hole—or aperture—through which light enters. However, with the rising popularity of small, compact and lightweight consumer devices that are integrated with cameras, it has been almost impossible to miniaturise these mechanical systems.

The European University's researchers behind this invention have proposed an alternative method using an electrochromic material. This material, which is often referred to as "smart glass", transforms from a transparent material into an opaque material when a small electrical voltage is applied to it.

In their study, the researchers fabricated a micro-iris using two glass substrates sandwiched together, and with each one carrying a thin film of electrochromic material, called PEDOT, on an underlying transparent electrode.

The micro-iris was 55 µm thick and could be switched into an opaque state using a current of 20 µA with a voltage of 1.5 V. The micro-iris exhibited a memory effect and did not require a continuous current to maintain the opaque state, so its power consumption remained very small.

In addition to testing the intensity of light that passed through the micro-iris, as well as the amount of time it took to switch between different states, the researchers also examined the depth of focus that the micro-iris was able to impart in comparison to a traditional blade-based iris.

Many of the proposed devices require the motion of a strong absorbing material to block the path of light. Electrochromic materials, as used in this study, remain stationary whilst they change their absorption, so there is no need for any actuation. This allows for much smaller casings to fit around the devices and thus enables the integration into tiny camera systems.

"We will now further investigate the potential of optimized electrochromic materials, with a particular focus on improving the optical contrast and, in particular, the control of the depth of focus—this is the decisive hardware parameter which determines the success of next-generation models in the smart phone business." 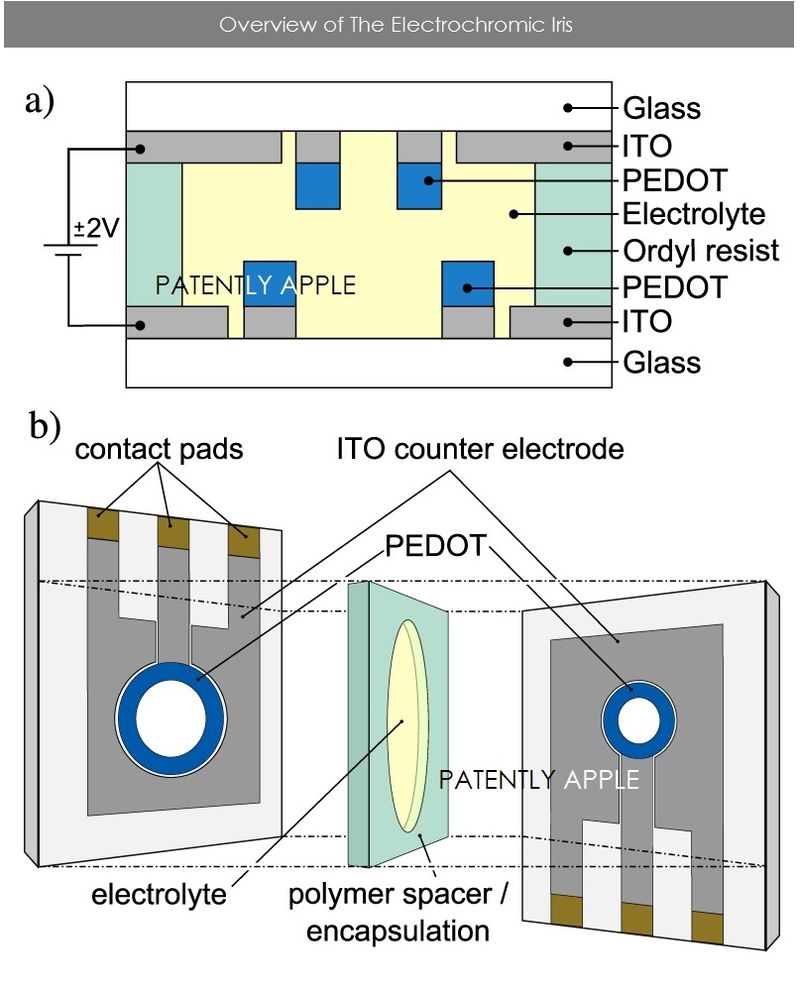 In the Electrochromic Iris (EC-Iris) Figure 2 noted below we're able to see images of the EC-iris in the four individual states. The upper right picture shows the special configuration where only the inner ring is opaque, while the outer ring is transparent. 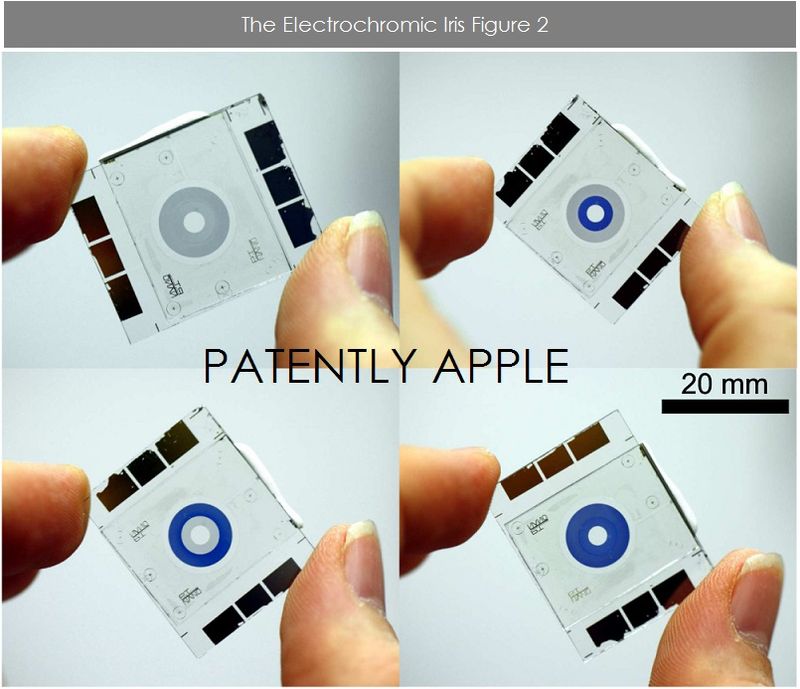 At this time the researchers aren't committing to a commercial time table though the devices have already been tested. When this arrives, it could very well be a game changer for smartphone cameras in the not-too-distant future.