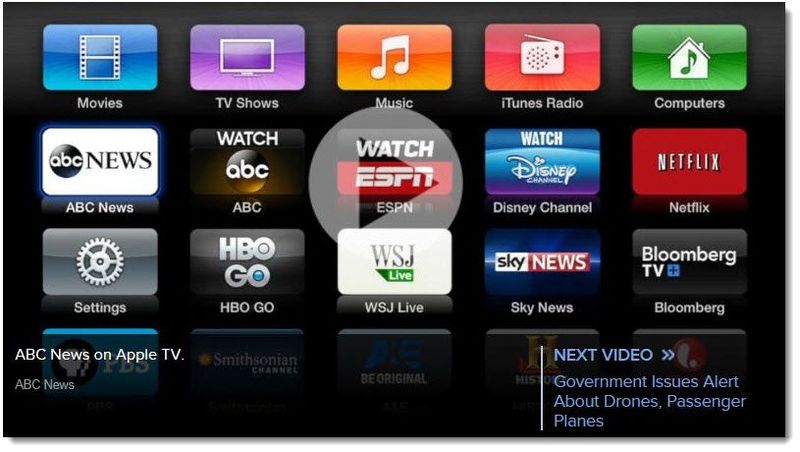 Starting Today, ABC News will be streaming live into US living rooms on Apple TV. ABC News on Apple TV features continuous live and on-demand programming from around the world. And best of all: it's free. While the new channel isn't available in Canada at this time, Apple's positive move to begin introducing "live" news channels on Apple TV is monumental.

When news breaks, we're on it – Time four. With up to four channels of live streaming video at any given moment, there's no way that you'll ever miss out on headlines from around the world. We will be streaming live from the White House to the World Cup, and bringing you stories from the anchors and ABC News correspondents you trust. Best of all, we're always on: just visit "Now" on ABC News at the top of the app for continuous live coverage. For more on this, check out ABC's report.

Is this Simply another Evolutionary Apple TV Move or it a Sign of Greater Things to Come?

Introducing "live" news with ABC may be the end of the buzz or it could be the very beginning of something much bigger. Will other "live" news channels be coming to Apple TV like CNN, MSNBC and others? Will we see Mobile Apple TV coming to iDevices like the iPad soon?

Every time a major new piece of the Apple TV puzzle comes to light, I immediately think back to Apple's CEO talking to NBC's Brian Williams about the future of television and distinctly remember seeing his face absolutely light up on the topic. Who would get that excited over a tiny black puck called Apple TV? No, that exuberance is telling us there's a lot more to come. The only question is when. 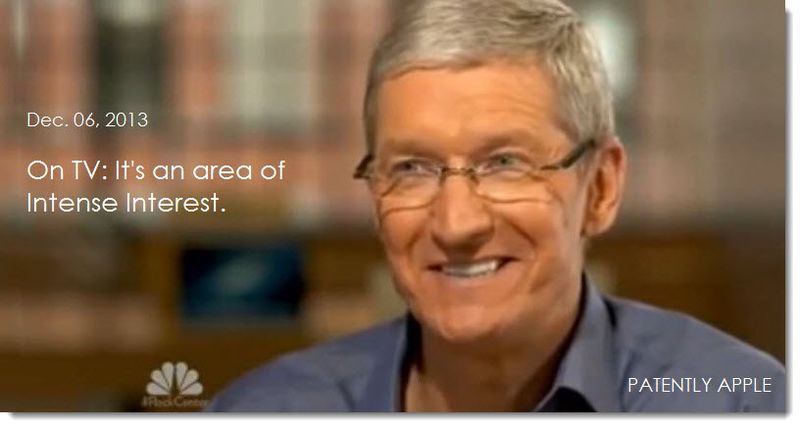