Apple's "iWatch" Device may be about "Watching" your Health

Last Saturday we posted a report questioning the current round of rumors concerning the "iWatch." We pointed to the split view in the press of what such a new iDevice or wearable computer would actually end up being. Would an iWatch end up being just another "me-too" watch with a round face like those from Samsung or Googles or learn towards something related to the fitness world. Well, this week at Apple's WWDC we were introduced to their new HealthKit which is now leading to a new rumor that ignores the round-faced watch-like interface of last week's rumors and focuses in on a new "curved" interfaced device with emphasis on fitness as we pointed to in our report last week.

Today, the Nikkei is reporting that according to their sources, Apple's new watch-like device will "likely use a curved organic light-emitting diode (OLED) touchscreen and collect health-related data, such as calorie consumption, sleep activity, blood glucose and blood oxygen levels. It will also allow users to read messages sent by smartphones." Hmm, you mean curved like the one Apple hinted at in their patent application last year?

The Nikkei report further notes that "Apple appears confident of the new product. According to a parts manufacturer, it plans monthly commercial output of about 3-5 million units, which exceeds the total global sales of watch-like devices last year.

In one of reports last month titled "Samsung Shipping Half a Million Smartwatches in Q1 2014 is a Real Market Yawner" we noted that in the first quarter after releasing the revolutionary iPad in April 2010, Apple had sold 3.27 million iPads. Now that's what sales of a winning new product should look like out of the gate. In contrast, Samsung's Gear smartwatch that's been out for six months now only shipped 500,000 Gear watches in Q1 2014." So if the proposed target noted in the Nikkei report is accurate, then Apple is seeking to have the iWatch break all iDevice sales records to date.

The Nikkei report further noted that "This confidence is backed by its partnerships with high-profile hospitals -- it has teamed up with the Mayo Clinic and the Cleveland Clinic, U.S. health institutes based in Minnesota and Ohio, respectively, to develop specific ways of analyzing the collected data and applying it to actual health management." Apple presented an impressive list of those that are now working with HealthKit at their WWDC event this week. 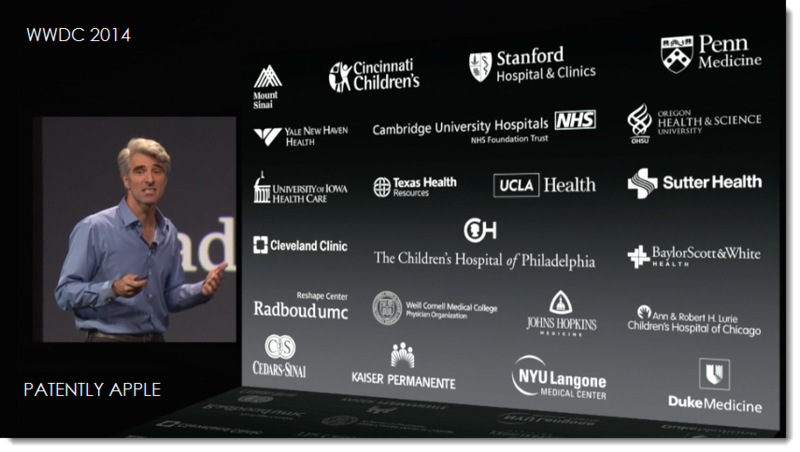 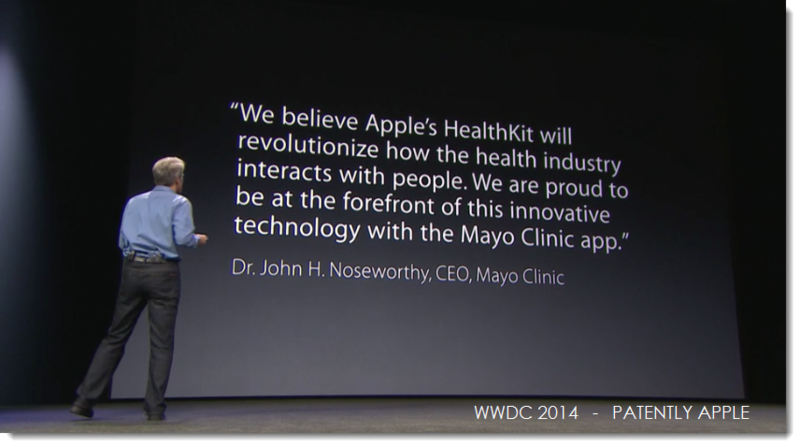 Apple is also in partnership with Nike. According to sources familiar with the matter, the two companies have likely agreed to integrate their services in the future. The sports equipment maker is expected to eventually pull out of the device business to concentrate on services.

It's starting to look as though Apple may have a major twist built into its branding of iWatch that they've filed trademarks for all over the world including five in Korea. What if you had a device that "watched" your heath? It could watch your blood pressure, watch your glucose, watch your heart rate and beyond: iWatch.

That would be quite the mind bend that the competition never saw coming. Tim Cook made it clear that that a traditional watch didn't interest Apple, nor their key demographic of 10-20 year olds. Tim Cook did however note that the wrist was interesting – but not for a watch that told time. He had noted that the iPhone is this generation's watch.

So it's all starting to come together. The puzzle is beginning to make sense starting with Apple's iWatch patent application to Tim Cook's commentary at last year's D11 conference with Mossberg and now what we witnessed during this week's WWDC keynote.

If today's Nikkei report holds any truth, then this is all beginning to make sense. Though realistically, between now and October is a lifetime away in internet news cycles and a lot of twists and turns are bound to arise. So stay tuned.