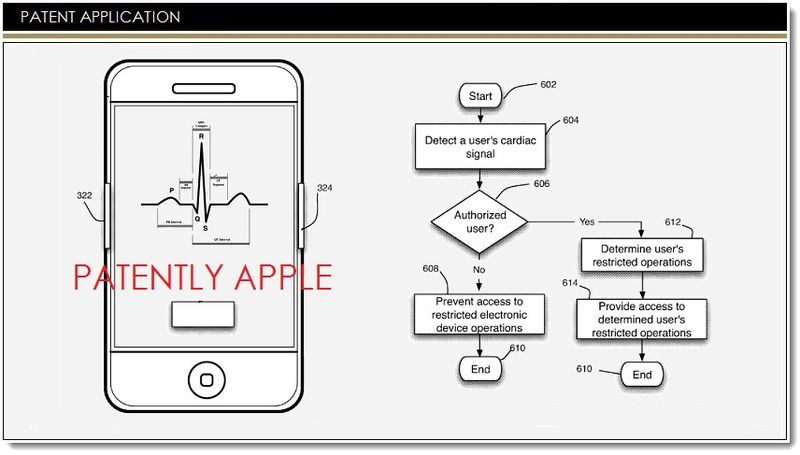 Way before there was any hype about a Healthbook or HealthKit from Apple there was a patent application that we covered back in 2010 concerning a future iPhone with a seamlessly embedded heart rate monitor titled "Apple Takes a Giant Leap in Biometrics with Heart Sensors." This was one of the first indicators that Apple was exploring next generation sensors for the iPhone and other future wearables such Apple's EarPods which this patent covered specifically. Today, the US Patent Office published a few new Apple patent applications regarding health sensors – with the one noted above being revisited by Apple.

Today the US Patent and Trademark Office revealed that Apple has tweaked the very patent that we covered in 2010 under application 20140171776. Apple has reduced the number of patent claims and may have tweaked other areas that we just couldn't identify under time constraints.

The combination patent figure below consists of FIG. 1 which is a schematic view of an iPhone for receiving the output of one or more sensors along with FIG. 2 which illustrates electrical activity of a heart during a heartbeat. 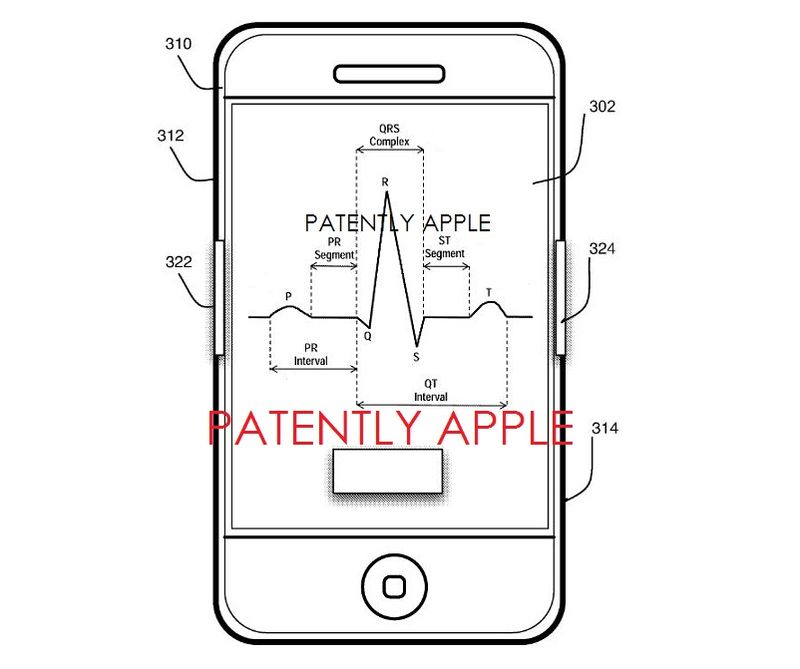 In Apple's patent we discover that future iterations of the iPhone could very well support sophisticated embedded heart sensors to monitor the user's heart and record such data for future identification purposes when making banking transactions or protecting highly sensitive documents or data.

Interestingly Apple's 2010 (and current) patent application notes the possible integration of a pico-like projector. This is an area of technology that we recently revisited in a special report and it's also reflected in another patent report that we posted today regarding an iPhone being able to project a virtual keyboard and much more. Apple tweaking their patent just prior to their Health app arriving on the iPhone 6 with iOS 8 is noteworthy.

On other health related patent fronts today, Apple has filed a number of applications related to health sensors and beyond. The second patent application is titled "Method and Apparatus for Automatically Setting Alarms and Notifications," as noted below. 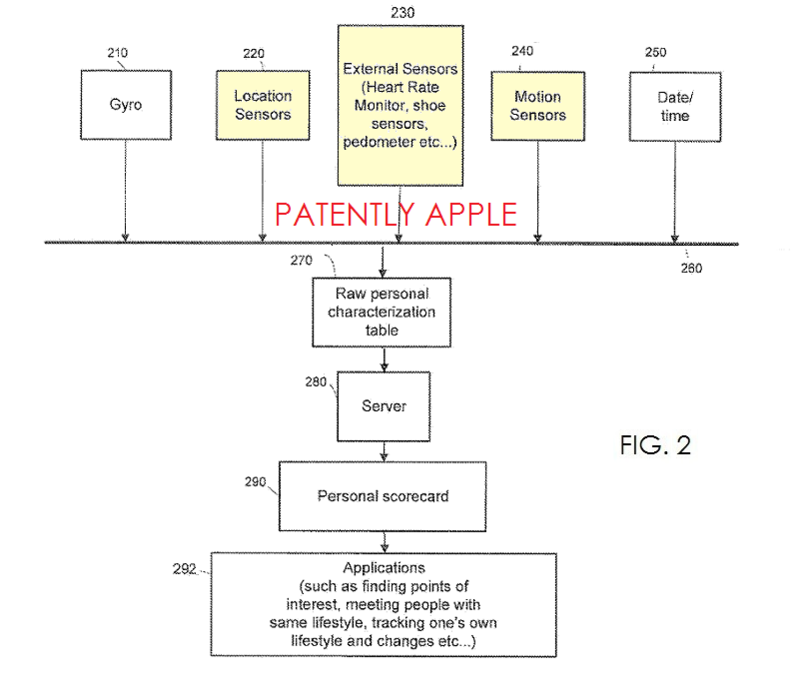 In Apple's patent example # 3 they state the following: "Suppose that the user is wearing a heart rate monitor in data communication with the smartphone via a Bluetooth connection. Based on changes in the user's heart rate, the system determines that the user fell asleep at 10:55 p.m. The user's daily (static) settings will activate the Do Not Disturb feature at 11:30 p.m. However, based on the "fact" that the user has apparently fallen asleep somewhat ahead of schedule, the system may automatically activate the Do Not Disturb feature when the user falls asleep (10:55 p.m.)."